Before Pete Holmes realized he wanted to be a comedian, he was pretty sure he would grow up to become an evangelical youth pastor. Young Pete loved going to church, so obsessed with securing a ticket to Heaven that he would fill out a new visitor registration card almost every time he entered the chapel just in case a paper trail might make it easier to get through the Pearly Gates. He knew all the prayers by heart, never missed a youth retreat, and earnestly tried to “save” his classmates even as they glared at him.

Holmes’ new book Comedy Sex God chronicles his transformation from God-fearing choir boy to adrift atheist to enlightened New Age seeker. And while it tracks Holmes’ rise as a famous comedian—eventually creating, writing, and starring in the critically acclaimed HBO show Crashing and collaborating with friends like John Mulaney, Judd Apatow, and Kumail Nanjiani—the book diverges from the typical life-in-comedy memoir by hewing closer to the spiritual self-help guides of gurus and philosophers like Joseph Campbell, Alan Watts, and Holmes’ personal teacher, Ram Dass. (It even contains a handy further reading list at the end).

But as the book’s title implies, Holmes has always struggled to separate questions of salvation and damnation from his often-tortured feelings about his own sexuality. For anyone who grew up in a religious household or has questioned their faith, Comedy Sex God offers a refreshing, accessible perspective about deconstructing—and then reconstructing—a belief system. One that makes it okay to like sex.

“I had had my fun, but snipping each tape and asking for forgiveness felt even better,” Holmes wrote. But 20 minutes later, Holmes would make his way back to his brother’s closet to mend the tapes with Scotch tape, knowing that he would soon give into temptation once again. “I cut the tape in shame, I mended it in lust.”

Looking back, Holmes recognizes that he was engaged in what the American author Richard Rohr calls “willpower Christianity.”

“Unfortunately, so much of my early faith was tainted by this idea that if I wasn’t sexual, then God would love me,” Holmes said.

“I thought buying a copy of Playboy that I used to hide in the lining of my chair in my childhood bedroom, and buying it and leaving it on my desk would tell my subconscious that it was okay,” Holmes said. “I was really trying to de-program myself. I was like, ‘It’s okay. Have some sex. Read some Playboy. It’s okay, it’s okay, it’s okay.'”

In the midst of this period, Holmes experienced a spiritual epiphany while high on mushrooms at Bonnaroo and began familiarizing himself with the works of Campbell, Watts, and Ram Dass. (The three men authored some of the seminal texts of New Age literature, interpreting and adapting many of the central tenets of Eastern philosophies for Western audiences.)

By the end of the book, Holmes is a successful comedian who’s remarried and a first-time father, far along on his journey toward deeper consciousness.

Once again, Holmes’ spiritual beliefs taught him something about sex — but this time, it was something positive.

“It was clear all this back and forth wasn’t actually about sex or being horny,” Holmes wrote in the book. “It was about fear … It was a fear of being separate, removed from a connection with the Divine because I was always drowning in my own humanity, forever a spectator to the Love and Oneness I had heard stories about, like I had been sent away from the party for wearing the wrong clothes. But in this moment, I realized no one had the authority to send me away. There was no doorman. I was the doorman. Hell, I was the party.”

When you strip back all the guru-speak, you realize that Holmes’ new ideology is actually just self-love. He’s traded a traditional Christianity for new, more personal spirituality — one that includes doubt, change, and yes, sex.

Beyond offering an honest and thorough examination of spirituality and sexuality, Comedy Sex God explores what it means to be a good man.

“We’re the ones that made up trophies, we’re the ones who made up award shows,” Holmes said. “It seems that we made up the playoffs. That’s us. We want to prove that we’re the best.” 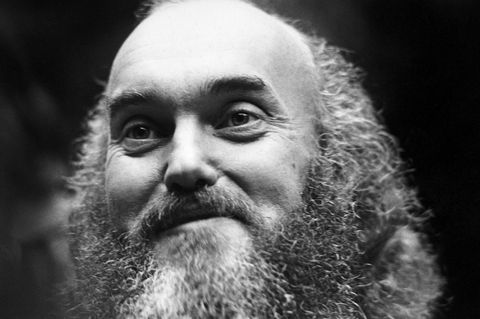 One reason men might struggle with spirituality more than women, Holmes speculated, is that one of the requirements of a deeper spiritual life is the death of ego. Holmes used his father, a “man’s man” who taught his son how to control a room, as an example. 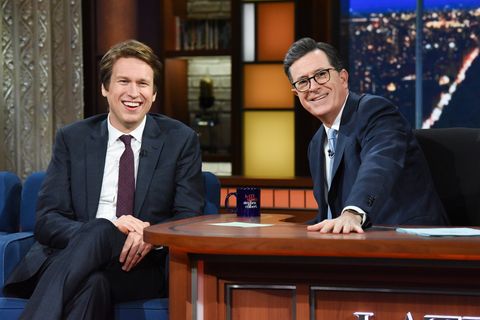 “Even the things that seem like failures are also your curriculum,” Holmes said. “As Ram Dass says, ‘It’s grist for the mill.’ Eat it, eat all of it. Don’t just take the good stuff and push away the bad stuff. Take all of it and know that it is polishing and grinding at your true self and helping you wake up to a deeper reality of existence.”

If it sounds far out, it’s because it is far out. But with Holmes’ personal touch, Comedy Sex God transcends expectations—and might just serve as a starting point for your own path to enlightenment.