How much sun does a person need? On this question, a violent dispute among scientists has been sparked. On the one hand, warn dermatologists for years to urge against too much UV-radiation, because it can trigger skin cancer. Recent studies show, however, that excessive sun abstinence brings also problems with itself: a poor supply of Vitamin D and, therefore, not only an increased risk for osteoporosis, but also for widespread diseases such as cancer, cardiovascular disorders, Diabetes, infections or Alzheimer’s.

At the same time, a high level of Vitamin D may extend, apparently, the life. This is the result of researchers from the universities of Ludwigsburg, Germany, and Graz. Over eight years, they studied 3,200 people, who were on average 62 years old. Those subjects whose Vitamin D level was lower than recommended, had a twice as high risk of death, as the result. In addition, too little Vitamin D increased in the blood, apparently, also the probability for a weakness of the heart muscle, a stroke or cancer. Other international studies have provided similar data.

The flood of new studies on this topic with an important discovery to explain: “The breakthrough came when science realized a few years ago, that there are in almost all tissues and organs of specific Vitamin D receptors. “They’re not there randomly,” says Nicolai Worm. The Munich-based nutritionist has worked for ten years with the topic and has summarized the state of research in his book “the healing power of D”.

Therefore, Vitamin D experts are convinced that this nutrient is involved in a variety of body processes and is thus of much greater importance than previously assumed. Only: in order for the organism to get enough of it, he needs the sun, he covers around 90 percent of its needs. More specifically, the UV-B rays, which in the skin is a chemical process in motion, it is, which Vitamin D is formed. Thus, the substance is strictly speaking not a Vitamin because the body can’t produce these, according to the Definition itself, and must continue. Vitamin D is a hormone, say nutritionists.

But as soon as someone requires more sun, the skin specialists will be alerted. “We must not try to make a perhaps poor Vitamin D levels with an Excess of UV-radiation balance,” says Rüdiger Greinert, a biophysicist at the Dermatological centre in Buxtehude, and warns against jumping to conclusions, a lot is still unclear. His concern is that people will be careless and spend hours unprotected in the sun.

A quarter of an hour in the sun enough

There are also Vitamin-D-experts is not a free pass for excessive sun baths. Because a lot does not help much: For an adequate Vitamin D supply, about 15 minutes on average, depending on the skin type, but on a daily basis or as often as the sun shines. It is best between 10 and 14 h, then the UVB radiation is at its highest, and without sun protection, because this inhibits the production, says Worm. After about 20 to 30 minutes, the so-called Vitamin-D was completed synthesis anyway-it’s a natural protection of the body from Overdose. Anything beyond that is of no use, therefore, apply to back out of the sun, or lotion, and protect. A sunburn, even a redness, is a risk and should be avoided at all costs.

That the Vitamin D supply in Germany is indeed problematic, determined by the Robert Koch Institute (RKI). About 63 percent of children and about 58 percent of adults have too little Vitamin D in the blood. Were studied around 10,000 children and young people, as well as approximately 4000 adults.

A frightening result, especially since experts disagree on whether the RKI underlying value of 20 micro-grams per litre is sufficient for an optimal supply of all. “There are different limit values are discussed,” says Nutritionist Birte Hintzpeter from the RKI, which has evaluated in this study. “We have used a limit that is based on scientific knowledge.” Based on the significance for the bone, because, you know, that is a serious lack of softening of the bones.

A slight under-supply of long-term damage

However, not only the obvious lack of is problematic. “We get more and more data, that even a slight under-supply in the long term is unhealthy,” says Hans Konrad Biesalski, Professor of nutritional medicine at the University of Hohenheim. He compares this with a car that drives always with a Minimum of Oil. “So that you can travel a long way. But at some point, the car is broken, because the small amount can lead to symptoms to wear and tear, which would not have occurred in good supply.”

For the poor supply of Vitamin D there are two main reasons. The first of these is the Lifestyle: working people often sit all day in closed rooms, and many children, too little time to spend Outdoors. On the other hand it is the geographical location. In Germany, the sun shines not often and intensively enough. Especially in the Winter, we cared for about months, because the body can create a endless supply.

The diet may compensate for a deficit. The German nutrition society recommends intake of a daily dose of five micrograms for adults and ten for infants and people over the age of 65, but also rarely reached. Few foods contain significant amounts of Vitamin D: oily fish such as herring or salmon, and fungi, very little is found in dairy products. But to drink a day fat eat fish, or litres of milk, is not a solution. And even if this would be enough for the recommended intake, would this alone is not a sufficiently high Vitamin-D-level.

Children and the Elderly particularly at risk

Of a supply is therefore as good as any, but there are special at-risk groups. The children and young people, because if in the early years of the bone structure is not optimal, the threat in the age of osteoporosis, says Biesalski. In addition, the Elderly, women in particular, as well as people are provided with a darker skin often dramatically. In the case of seniors, it is because the skin loses with age, the ability to generate Vitamin D via the sun – at over 65 Years is 20 percent. They are particularly in need of food with Vitamin D, says Biesalski. Dark-skinned people would need to sunbathe because of the pigmentation significantly longer. In the southern regions this is not a Problem in the Northern.

Nevertheless, experts suggest, to provide on your own with Vitamin D preparations. More significant is the absence of strong studies to clarify whether, and in what dose supplements should be used, says the RKI employee Hintzpeter.

So first of all, a conscious, but moderate use of the sun. The sun Bank is not an Alternative, warns skin expert Greinert: “recently, the International Agency for research on cancer has announced that the radiation from tanning beds is highly carcinogenic.” 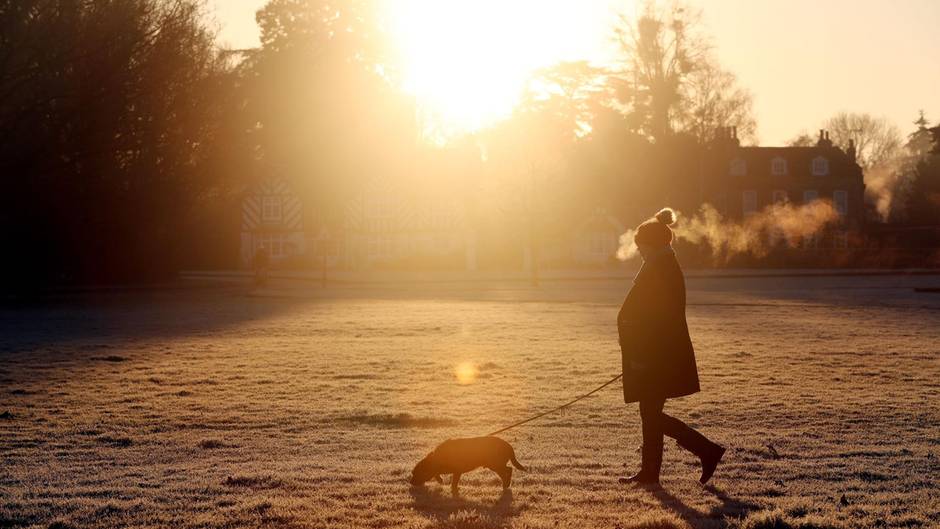