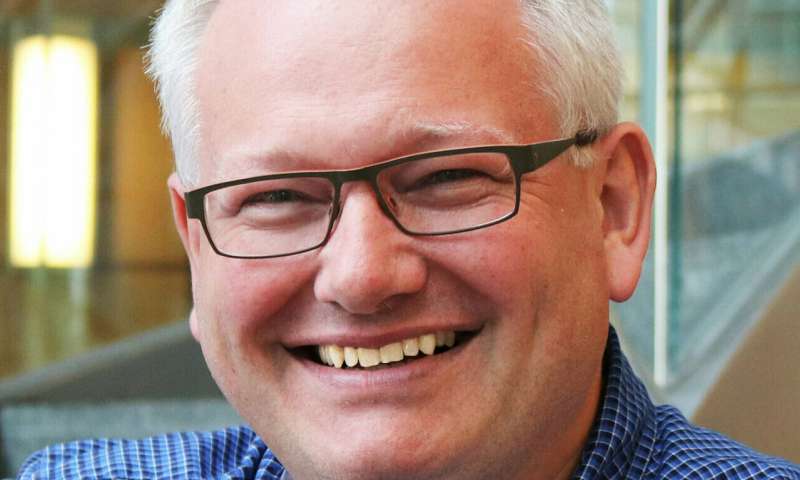 “Identifying a disease’s actual underlying cause often helps to steer us toward correct, targeted treatments,” said study leader Struan F.A. Grant, Ph.D., a director of the Center for Spatial and Functional Genomics (CSFG) at Children’s Hospital of Philadelphia (CHOP). “We have identified two novel genes that affect bone-forming cells relevant to fractures and osteoporosis. Furthermore, the research methods we used could be applied more broadly to other diseases with a genetic component.”

Grant and colleagues published their research March 19, 2018 in Nature Communications. He co-led the study with Andrew D. Wells, Ph.D., an immunology researcher at CHOP and the other director of the CSFG; and Kurt D. Hankenson, DVM, Ph.D., an expert in bone formation and remodeling at the University of Michigan. Genetics researcher Alessandra Chesi, Ph.D., also from CHOP, was the first author, along with three additional joint first authors. Grant and Wells also are faculty members in the Perelman School of Medicine at the University of Pennsylvania.

The study team investigated genetic loci, or DNA regions, previously established to be associated with bone mineral density in genome-wide association studies (GWAS), both in adults and children. “Scientists have known for some time now that the nearest gene to a variant associated with a disease is not necessarily the cause of the disease,” said Wells. Because GWAS research detects single-base changes in DNA that are usually not located in obvious parts of the genome, much research has turned to the broader context of interactions within the genome—the entire complement of DNA within cells.

Sometimes the changes, called single-nucleotide polymorphisms, or SNPs, found in GWAS are located close to a culprit gene. More often the signal comes from a non-coding region of the DNA that regulates another gene that may be thousands of bases away on the DNA sequence. “The geography of the genome is not linear,” said Grant. “Because DNA is folded into chromosomes, parts of the genome may come into physical contact, enabling key biological interactions that affect how a gene is expressed. That’s why we study the three-dimensional structure of the genome.”

In analyzing how chromatin, the fibers that make up chromosomes, is arranged into specific shapes, spatial genomics offers insight into how genes physically interact with the regulatory regions in DNA that initiate transcription. Transcription is the process in which DNA is copied into RNA, the first event in gene expression.

The study pinpointed two novel genes, ING3 and EPDR1, which in turn revealed strong effects on human osteoblasts. “While we’re not ruling out other possible causative genes in these regions, the ING3 gene particularly stood out because we found that the genetic signal at this region was the strongest one associated with bone density at the wrist—the major site of fracture in children,” said Chesi.

Hankenson noted, “This suggests to us that follow-up studies investigating biological pathways affected by this gene may present targets for therapies to strengthen bone mineral density and ultimately prevent fractures.” Researchers have long known that bone accrual during childhood may bolster bone health in adulthood. This new line of research may present strategies to build on that knowledge.