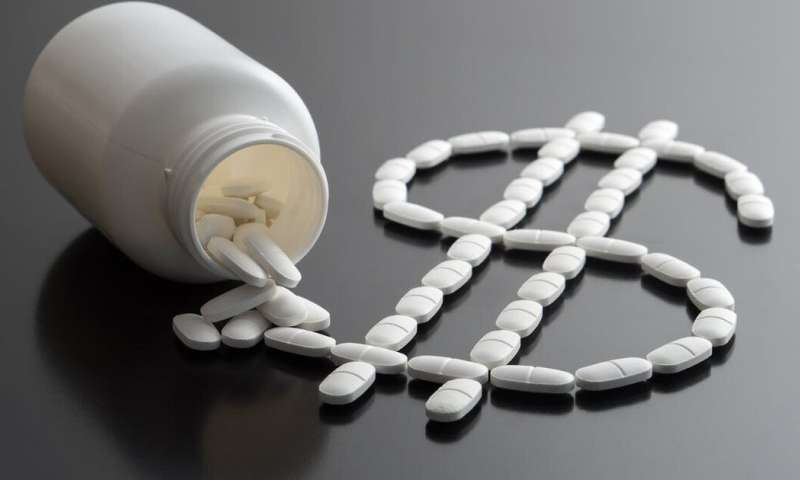 In May, the Food and Drug Administration issued much-anticipated guidance that could revolutionize the pricing of some of the most expensive drugs on the market in the U.S. and, possibly, globally.

In this document, the FDA explains to drug manufacturers how to develop their own copycat versions of a special class of drugs called biologics. Unlike most drugs, biologics are not chemically synthesized but are made, for the most part, inside living organisms. This makes them complicated to manufacture and tricky to imitate.

The FDA’s new guidance will allow drug manufacturers to create their own cheaper versions of biologics that could be automatically substituted for one another, including by pharmacists. Just as happened with “generic” drugs, bringing competition into biologics markets will, hopefully, lower the prices of these medicines. But, it is unclear by how much or whether the guidance will do so for all biologics.

As a legal researcher specializing in the regulation of novel biotechnologies, I have been following efforts over the last 10 to 12 years to bring competition into biologics markets in the United States. So, I am excited to see how the FDA’s new guidance affects competition in biologics and whether it ultimately increases patient access to these drugs.

Why are biologics so expensive?

Following the maturation of recombinant DNA technology in the 1970s, biologics have been emerging as a prominent class of pharmaceuticals. To illustrate, seven out of the 10 best-selling pharmaceuticals in 2018 were biologics, including Humira, Opdivo, Keytruda, Enbrel, Herceptin, Avastin and Rituxan. The world’s best selling pharmaceutical, Humira, which is prescribed for a variety of autoimmune diseases, including rheumatoid arthritis, Crohn’s disease, ulcerative colitis, psoriasis and juvenile idiopathic arthritis, brought in nearly US$20 billion in worldwide sales last year.

The growing importance of biologics is due, in large part, to their remarkable therapeutic qualities. Biologics provide treatment and sometimes even a cure for some of the most devastating and often previously untreatable illnesses, including numerous types of cancer, autoimmune diseases such as arthritis, Crohn’s disease and psoriasis, some forms of blindness and more.

But biologics are also very expensive, typically costing in the range of many tens of thousands to hundreds of thousands of dollars a year. In a few cases of biologics indicated for the treatment of rare diseases such as neuronal ceroid lipofuscinosis type II or Batten disease and spinal muscular atrophy the price comes closer to a million dollars per treatment year. As a result, although biologics account for only about 1 to 2% of prescriptions written in the United States, they are responsible for more than 30% of the spending on pharmaceuticals overall and their “share” in pharmaceutical spending only continues to grow.

The high price of biologics is partly due to the costly manufacturing facilities and the large investment in research and development necessary in order to take biologics through clinical trials and FDA approval processes. In 2009, the R&D cost for a copycat biologic was estimated at between $100–200 million. Conducting the research and clinical trials necessary to develop a new biologic is estimated to cost in the range of hundreds of millions dollars for a typical biological product.

But the primary reason biologics prices are so steep is that the manufacturers of these drugs enjoy a monopoly and are able to keep their prices very high for a very long time.

The reason most pharmaceutical companies have monopolies on biologics is that these products are structurally and chemically complex. It is very difficult and sometimes even impossible—at least using current technologies—to know their exact structure and composition. This, in turn, makes it difficult to produce identical or near-identical replicas of biologics, which is what generics drugs are. This is why there are no generic biologics on the market. But that might soon change.

Congress has long recognized that the best way to lower the prices of expensive pharmaceutical products is through competition. That was the rationale behind the enactment of the Hatch-Waxman Act in 1984, which created a legal pathway for approval of imitation or “generic” versions of pharmaceuticals.

The Hatch-Waxman Act revolutionized competition in pharmaceutical markets that led to significant price drops—often by as much as 80-90% – in thousands of pharmaceutical products. This has saved American consumers hundreds of billions of dollars each year.

Following Europe’s lead, in 2010, as part of the Affordable Care Act, or Obamacare, Congress passed the Biologics Price Competition and Innovation (BPCI) Act. This was meant to do for biologics markets what the Hatch-Waxman Act did in 1984 for non-biologic pharmaceuticals.

But the BPCI Act only created the legal pathway for approval of imitation biologics. It did not address the technical challenge of comparing the original, expensive biologic with its cheaper imitation. That is something that the FDA must still figure out. Not an easy task.

Now, more than nine years after the enactment of the BPCI Act, the FDA issued its guidelines which explain, for the first time, to potential follow-on biologics manufacturers what the FDA requires in order to approve a copycat biologic. In the guidance, the FDA provides instructions how to prove that two products—the original biologic and the copycat—are similar enough to be deemed substitutable.

Once FDA approves interchangeable versions of biologics, this should drive competition in biologics and, ultimately, cause their prices to drop. As many regulatory agencies in countries around the world follow the FDA’s lead, agencies in other countries will likely do the same, leading to larger cost savings globally.

But concerns remain that the FDA’s guidance might not be enough to drive prices down significantly. Development of similar biologics is estimated to cost about $100-200 million. This is much higher than the development of generic drugs, which is estimated to cost, typically, between $1-5 million. There are not very many companies with the kind of facilities, expertise, and money necessary to develop interchangeable versions of biologics and chaperon them through the FDA’s approval process. As a result, it is quite possible that there will not be a lot of companies able to compete.

Previous research shows that significant price drops in pharmaceuticals occur only after several competitors enter the market. So, it is quite possible that many biologics will have too few competing interchangeable versions to drive prices down significantly.

Also, original biologics makers have been taking a variety of measures to avoid losing their monopolies. Some have been amassing large patent portfolios. Others have been known to file lawsuits and abuse regulatory processes to delay the entry of competing products into the market. It is likely that they will continue to do so in order to prevent interchangeable versions of their biologics from entering the market.

Finally, the FDA guidance itself only applies to protein products, which are only one kind of biologics. So, there still is no clear regulatory path for FDA to approve interchangeable versions of some of the most expensive biologics—like gene therapies.