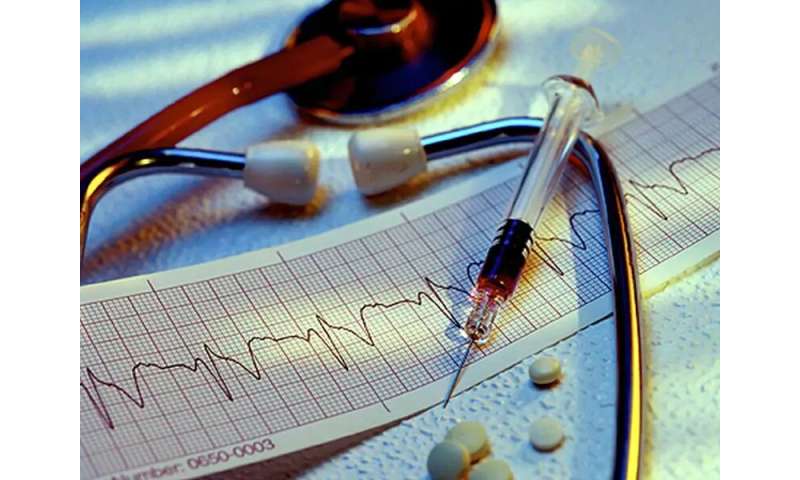 (HealthDay)—A common type of blood pressure medication might be associated with an increased risk of suicide, a new study suggests.

Patients using ARBs had a 63% increased risk of death by suicide over people on ACE inhibitors, the findings showed. But the study could not prove a cause-and-effect relationship.

“There is reason for some concern,” said lead researcher Muhammad Mamdani, director of the Applied Health Research Center of the Li Ka Shing Knowledge Institute at St. Michael’s Hospital, in Toronto. “Now would I be going en masse and change everybody’s prescriptions? No, not just yet. We should have more work done in this area.”

“But certainly if I had a choice as a patient, I would be choosing the ACE inhibitor over the ARB,” Mamdani concluded.

ARBs and ACE inhibitors both work by interfering with the action of angiotensin II, a hormone in the body that causes blood vessels to constrict.

ARBs work by blocking the ability of angiotensin II to bind with receptors and command blood vessels to narrow, while ACE inhibitors actually lower the amount of the hormone produced within the body.

Mamdani and his colleagues pursued their new research based on earlier studies suggesting ARBs might be linked to suicide risk.

Using Canadian health databases, the investigators identified 964 people who died by suicide within 100 days of being prescribed either an ARB or an ACE inhibitor. They then compared those people to a control group of just over 3,000 people also taking either type of blood pressure medication.

The results showed that people taking ARBs had a statistically significant higher risk of suicide than those on an ACE inhibitor.

“It is a fairly commonly used set of drugs, and lots of people would be affected by it. Certain people, especially if you’re susceptible to mood disorders, may be even more at risk,” Mamdani said.

He noted that ARBs might cause levels of angiotensin II to increase in the brain.

“That could be related to mood disorders, and that could trigger suicidal-type behavior,” Mamdani suggested.

However, there’s currently no evidence that angiotensin II has anything to do with moods or suicidal intent, said Dr. Robert Carey, dean emeritus of the University of Virginia School of Medicine.

“I think those speculations are exactly that,” Carey said. “There is no realistic mechanism to which one could attribute that difference in suicide risk.”

Carey noted that other factors that could influence suicide risk might have come into play with these patients. For example, some were taking antidepressants or benzodiazepines, “which might have had an influence on the suicide rate,” he said.

The study was published online Oct. 16 in JAMA Network Open.