“It was really hard on me just because he walked in and just want[ed] nothing to do with it,” Tori, 29, said in Us Weekly’s exclusive Little People, Big World clip on Monday, May 18. “He didn’t want to see his sister. That was hard. It was really hard for me.”

The reality star explained, “It was the first step of, ‘Not everything’s gonna go the way you planned, Tori. You just gotta roll with the punches.’” 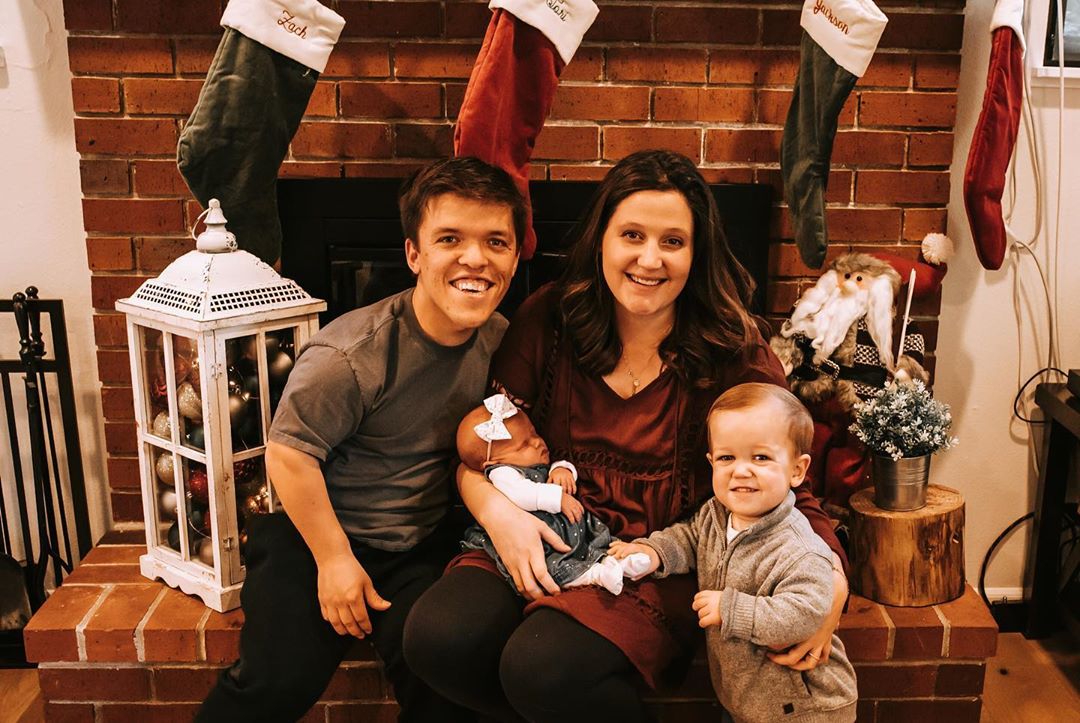 While the Oregon native wanted to hug her 3-year-old from her hospital bed, that wasn’t happening either.

“We decided to give Jackson some space,” Zach, 30, revealed in his confessional. “In the meantime, we allowed my dad, [Matt Roloff], and [his girlfriend], Caryn Chandler, to have time with Lilah. Jackson just needed to breathe for a second.”

The couple welcomed their daughter in November 2019 and told Us in a statement at the time: “Zach and I are so excited to introduce you to our sweet baby girl Lilah. She has been the perfect addition to our family!”

She told Us in April: “We can definitely see moments and glimpses of him not wanting us to talk to Lilah. He wants us to talk to him, but I think overall he’s a pretty easygoing kid. The transition hasn’t been terrible.”

Her husband chimed in, “Jackson’s all about order. He’s Mr. Professional, so Lilah has her thing and he has his, and those things don’t cross. But if she’s crying, he’ll go find a binky or a burp cloth.”

The couple’s son arrived in 2017, two years after they tied the knot.

For more on Jackson’s first moments with Lilah, watch the video above. Little People, Big World airs on TLC Tuesdays at 8 P.M. ET.