There for his boy! Taye Diggs keeps his priorities straight while coparenting his 9-year-old son, Walker, with his ex-wife, Idina Menzel.

“I’m the last person to give advice, but I think you can’t go wrong when you just put the kid first,” the actor, 48, told Us Weekly exclusively on Tuesday, July 16, while promoting his partnership with Adoptaclassroom.org and Burlington Stores. “Put the kid first and it really prioritizes all the other bull.”

The Private Practice alum said that his son, who is “nine years old and going on 48,” is still his “little boy, but he’s turning into a young man.” 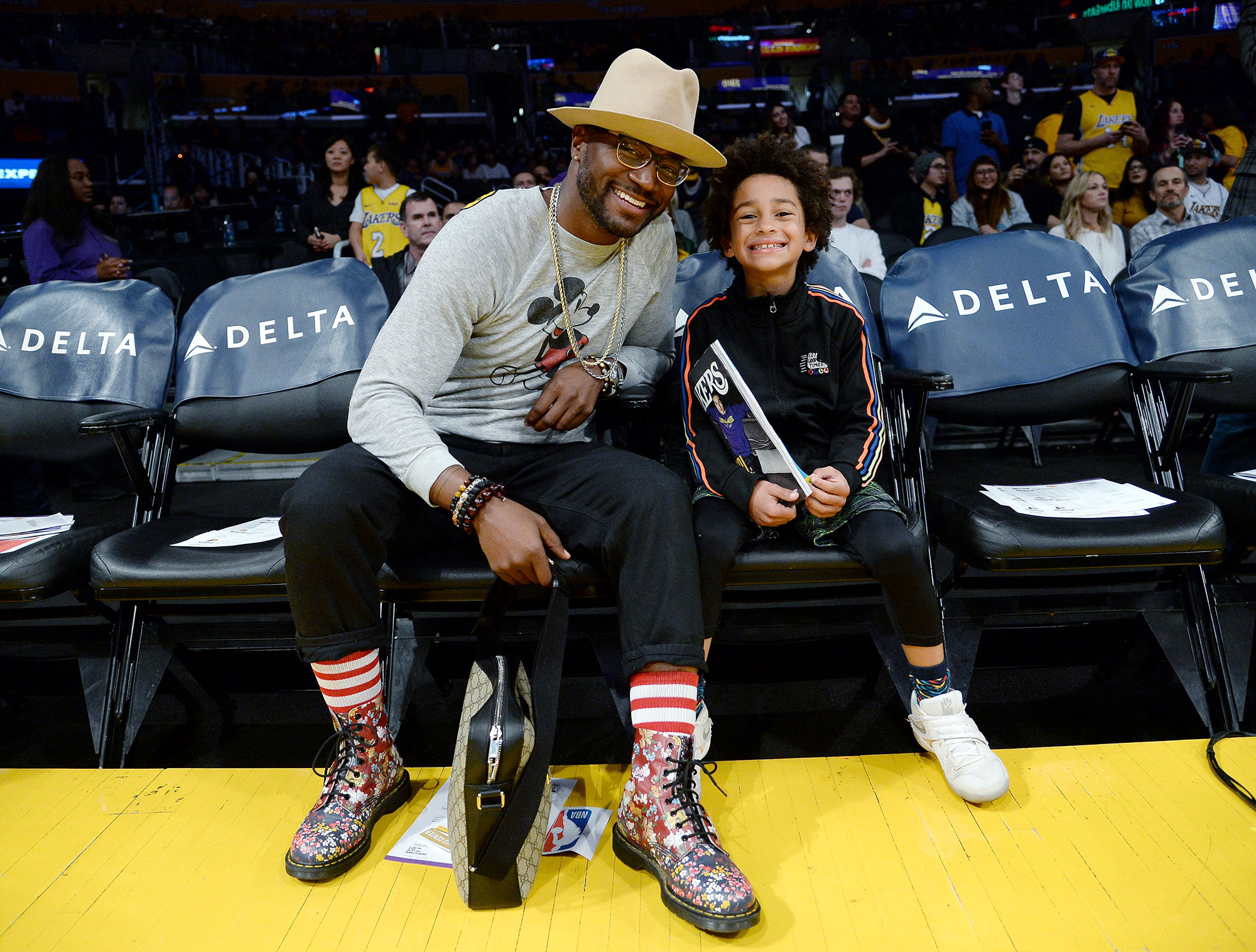 Diggs’ kid is also asking for a little brother or sister. “He wants a younger sibling, but he also says he doesn’t want Dad to have a girlfriend,” the All American star explained to Us. “I don’t know how we’re going to work that out.”

He and the Frozen star, who tied the knot in 2003, welcomed their baby boy six years later before divorcing in 2014. Menzel went on to marry actor Aaron Lohr.

Diggs opened up about his former Rent costar in August 2017, telling Us exclusively, “[We] trust each other. … We both love our son so much, that the best way to raise him is to provide him with whatever we can.”

The New Jersey native is currently working to provide school supplies to schools in need through his partnership with Adoptaclassroom.org and Burlington Stores. “Burlington Company has made a generous donation of $100,000.00 to start the ball rolling, so we’re trying to get people to join in and go to their nearest Burlington clothing store and donate at least a dollar, and we can help get these students the supplies that they need,” he explained to Us.

As for helping Walker with his schoolwork, Diggs admitted to Us on Tuesday: “He’s already smarter than me, and a better athlete, so a lot of times he’s teaching me the work that he has to do.”