We watch our children like hawks on the playgrounds to prevent bumps, bruises, and the occasional breaks, but keeping our children from contracting an illness from their playmates can be tricky, especially when not all parents see eye-to-eye when it comes to vaccinations. But with the recent resurgence of previously eradicated childhood diseases, pediatricians are urging parents to be vigilant about vaccinations and to limit their child’s exposure to unvaccinated children and adults. So, this begs the question: Should you even allow playdates with unvaccinated kids?

“I have seen a baby die of pertussis that could have been prevented if the other family members were vaccinated. I have seen multiple toddlers contract influenza when no one in the family was vaccinated,” Jamee Walters, MD, a pediatrician at Orlando Health Arnold Palmer Hospital for Children, tells SheKnows. “For herd immunity to work, 97% of the community needs to be vaccinated…. The less vaccinated, the higher risk there is for an outbreak.”

While most 2-year-olds have received the CDC recommended doses of vaccinations, an October 2018 report from the CDC indicates that rates of unvaccinated children under 24 months is actually on the rise. Add that to reports that the current measles outbreak has hit 24 states — and that there were a confirmed 880 cases at last count — and it’s enough to make any parent want to keep their baby in a bubble until they get their boosters.

Matthew F. Daley, MD, an American Academy of Pediatrics fellow and a senior clinician investigator at the Kaiser Permanente Institute for Health Research, tells SheKnows he doesn’t think parents living in an outbreak zone are overreacting if they feel the need to hold off on playdates with families that choose not to vaccinate. “The risk of exposing my child to an unvaccinated child or adult isn’t worth it,” he says. “That would also mean not wanting my kid to be at school with unvaccinated kids or at playdates. Diseases like the flu, pertussis, and the measles are airborne and can be highly contagious.”

Both Drs. Daley and Walters caution that while it’s important to make sure that your child is up-to-date on all of their vaccinations, it is equally important that caregivers are fully vaccinated for the measles, DTap, and flu, in order to create a protective “bubble” around babies and children. “It is another example of herd immunity which works better as more and more people are vaccinated,” says Walters.

Dr. CharlRe’ Slaughter-Atiemo, a pediatrician in Waldorf, Maryland and founder of CayTer2 You Baby tells SheKnows that families should practice “Cocoon Immunity” to protect our youngest and most vulnerable. She recommends parents, grandparents, and caregivers be up-to-date with their measles, DTap, and flu vaccinations. She also recommends babywearing to keep small children close during social outings. “Babywearing keeps your baby’s face inward and it keeps fewer people from breathing on them or touching them,” Slaughter-Atiemo explains. 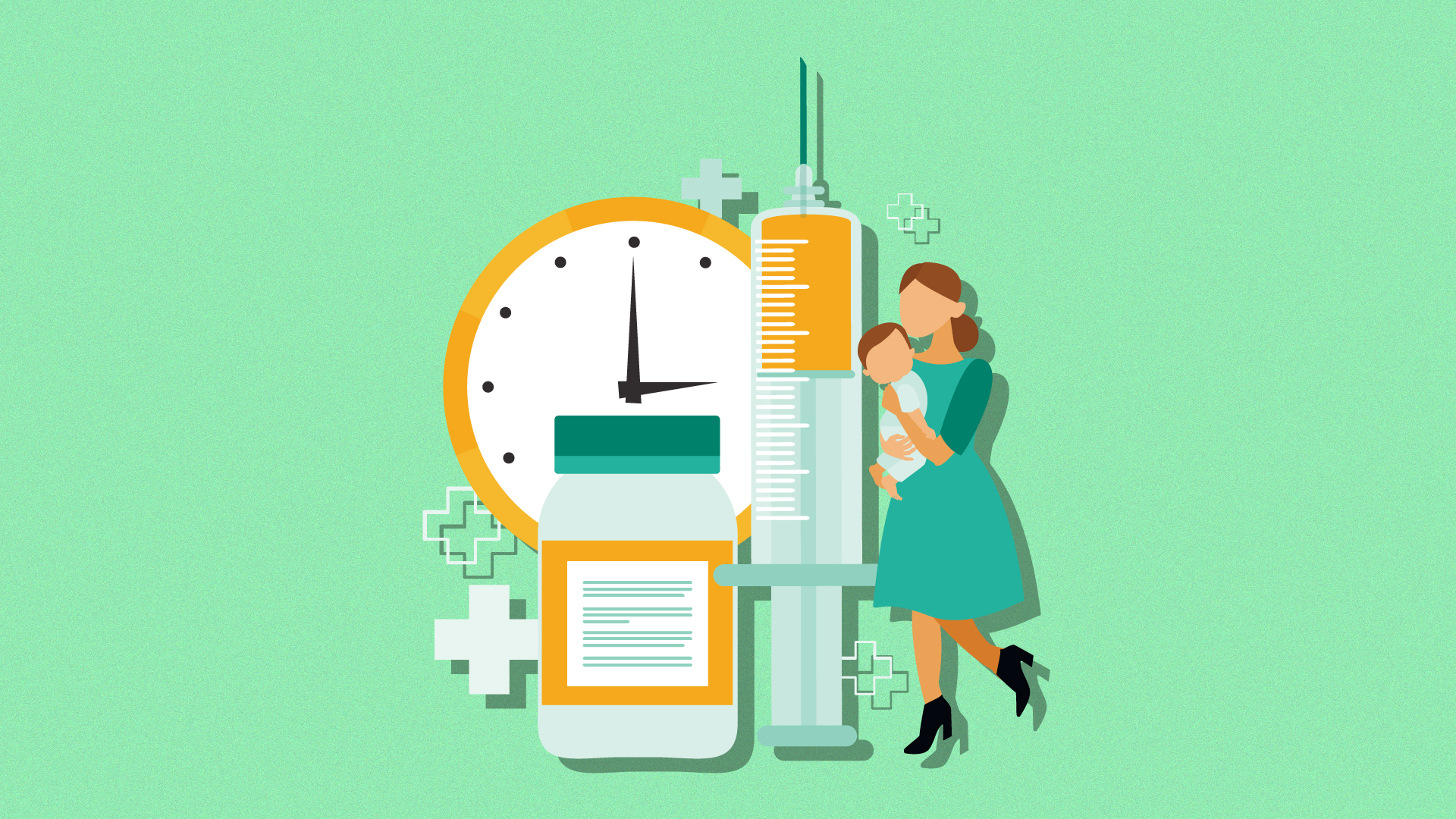 Approach the conversation with civility

Karen Ernst, mother of three and executive director at Voices for Vaccines, tells SheKnows she thinks we need to re-open the public dialogue about vaccinations, but in a civil way.

“We have to keep our own children safe, but we don’t need to stigmatize a child who hasn’t been vaccinated. You’ll be hard-pressed to find a parent on either side who didn’t try to make a thoughtful decision about their child,” says Ernst. “You can simply say, ‘Sorry we can’t have a playdate, but maybe we can have a coffee sometime where we can talk’.”

Know your own limits

Some parents feel most comfortable taking a straight-up no vaccinations=no playdate stance. Jocelyn Hybiske, a mother of two in Seattle, Washington and a scientific communications consultant with a Ph.D. in molecular and cell biology, tells SheKnows she’s more lax now that her children are older and have been vaccinated. But when her children were infants, she went so far as to start a Facebook playgroup called “No Mumps Meetups,” where parents could arrange playdates with other vaccinated children. She admits that the name of the group was a bit tongue-in-cheek, but she was firm in her commitment to keep her children healthy by limiting their exposure to communicable diseases.

“In the very young set… you’re spending a lot of time meeting in enclosed spaces like museums or library storytimes, or even each others’ homes. It gives you peace of mind to know that the family who just traveled to a measles-endemic area is vaccinated so they aren’t potentially exposing your baby,” she says.

For Hybiske, it was also about making connections with those who had similar ideological values. “Somebody’s stance on whether they vaccinate their child or not — and why — can be an indication whether this person has similar values as you. Someone who thinks that doctors are pharma shills and believes in homeopathy over vaccines is probably not someone who I have much in common with anyway.”

Daley thinks that Hybiske’s stance was a smart one. While parents think they can manage risks by scheduling outdoor playdates or mall meetups, he says there are inherent risks in both. “If a neighborhood kid goes down a slide and has the measles, then there is an unknown risk there,” Daley adds. “I think parents like to feel like they can manage risks, but they can’t — beyond vaccinations.”

Slaughter-Atiemo, on the other hand, says that if you aren’t living in an outbreak zone, you shouldn’t feel like you need to isolate your child, “Whether it be school, dance class, or soccer practice, there is always the chance of exposure. The best thing you can do is take care of and vaccinate yourself and your family.”

Hybiske says that, when her children were younger, she took a strong pro-vaccine stance — but it wasn’t about stigmatizing others, “I think that’s an important distinction. I needed to make certain choices for my own peace of mind, but I wasn’t out to make others feel like they were bad parents.”

Ernst agrees with Hybiske that it shouldn’t be the aim of one side to condemn the other.

“We are all trying to do the best we can as parents. While I’m obviously pro-vaccination, I want to be sure that un-immunized children are not turned into social pariahs. We have to keep our own children safe, but we don’t want to stigmatize that child,” says Ernst.

Ernst says she partially blames social media for creating a deeper divide than necessary between parents to who vaccinate and those who don’t.

“There are emotions on both sides, and both feel like they are doing the best thing for their child. It’s incumbent on adults to act like adults. We need to model for our children how to talk about difficult things without destroying the community,” says Ernst.

Daley agrees; he is a firm advocate for vaccinations, but advises against putting down a conversational line of “us vs them.” “You can make sure your kids are immunized and limit contact with kids who aren’t vaccinated, but you should absolutely do that in a way that doesn’t alienate the kids or parents… It’s possible to have nuanced conversations.”