“[William] said that he and his wife make sure the children can swim and they all go and they swim quite well,” Eileen Fenton told the Press Association after speaking to the Duke of Cambridge at an investiture ceremony at Buckingham Palace on Tuesday, November 26.

“I can remember seeing when the Queen [Elizabeth II] was young and her sister Princess Margaret – we used to see them swimming in pictures,” Fenton, the first woman to complete the Cross Channel Swimming Race in 1950, added. “He said the whole family have done it.” 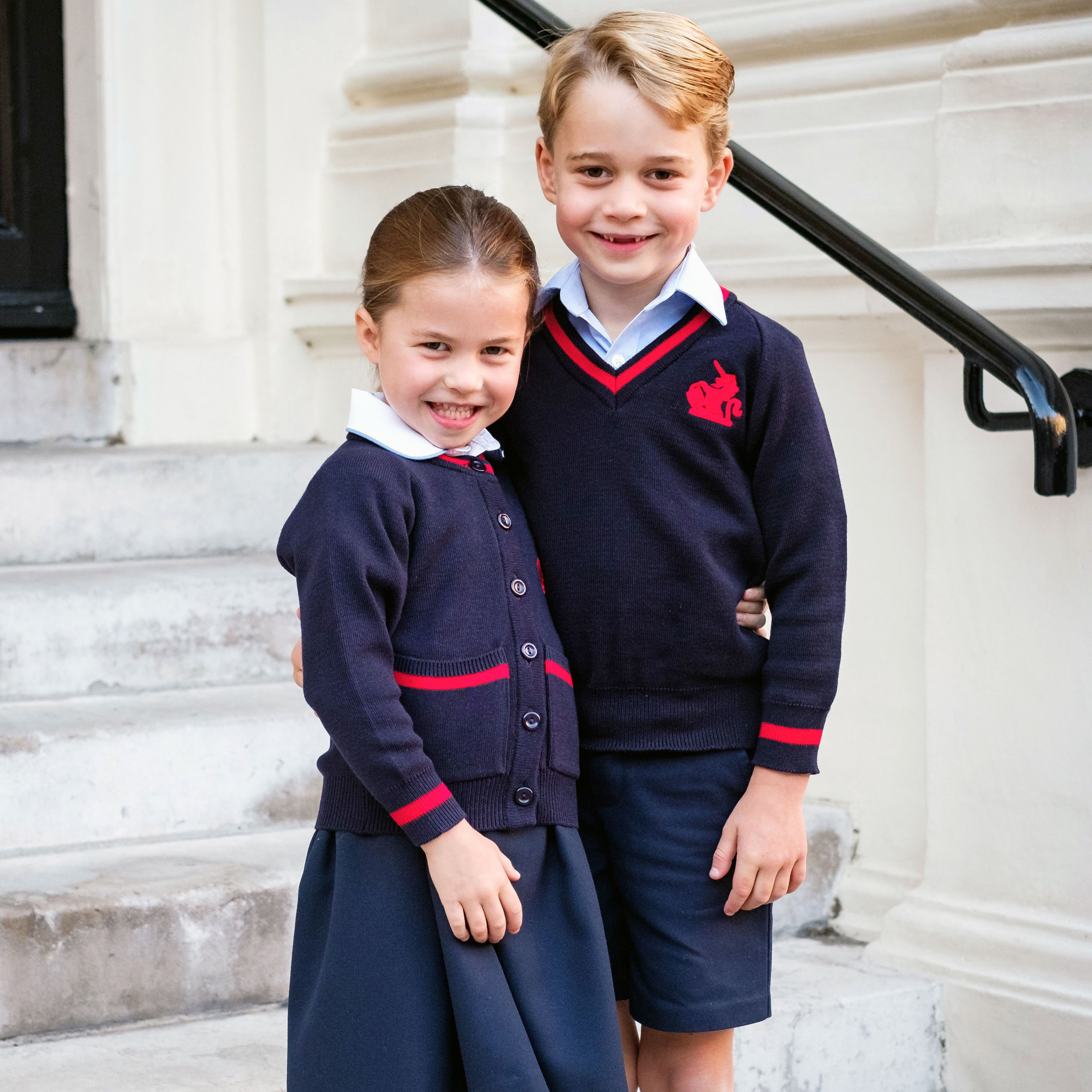 William, 37, who also shares Prince Louis, 19 months, with the Duchess of Cambridge, also 37, shared some of his eldest son’s interests last month.

“I should have brought George today; he would be absolutely loving this,” William told farmer Mervyn Keeling during a Dutchy land visit in October. “He’s obsessed. My children are already playing [with] tractors. It’s so important to get outside and have the children understand nature.”

As for Charlotte, the little one loves “unicorns,” her dad said during a September engagement. This reveal came shortly after the princess started her first day of kindergarten with a pink sequined unicorn clipped to her backpack. In July, Charlotte carried a purse shaped like the same mythical creature at a polo match.

Kate “would love to have one more child” with William, a source told Us Weekly exclusively last month. For now, the pair are loving life with their brood.

“They love playing together and being creative,” the insider told Us at the time. “Painting, baking and building things are all activities they enjoy, and now that Louis’ a bit older, he gets involved too. [They bicker] usually over silly things like toys or what TV shows they want to watch. But most of the time they get on.”

While Louis is a “real mommy’s boy,” his sister’s personality is “extremely confident.” The source explained, “She loves attention whereas George is more reserved, although he is starting to come out of his shell. George is always looking out for his younger brother and sister and is already showing traits of making an excellent leader.”