Budding bump! Hilaria Baldwin showed off her growing baby bump for the first time since she announced she was pregnant with her and Alec Baldwin’s fifth child.

The writer, 36, shared a photo of herself holding her bump in a white nightgown on her Instagram Stories on Friday, April 10.

Hilaria’s cute selfie comes just a few days after she announced on Saturday, April 11, that she was expecting again following her second miscarriage within a year. 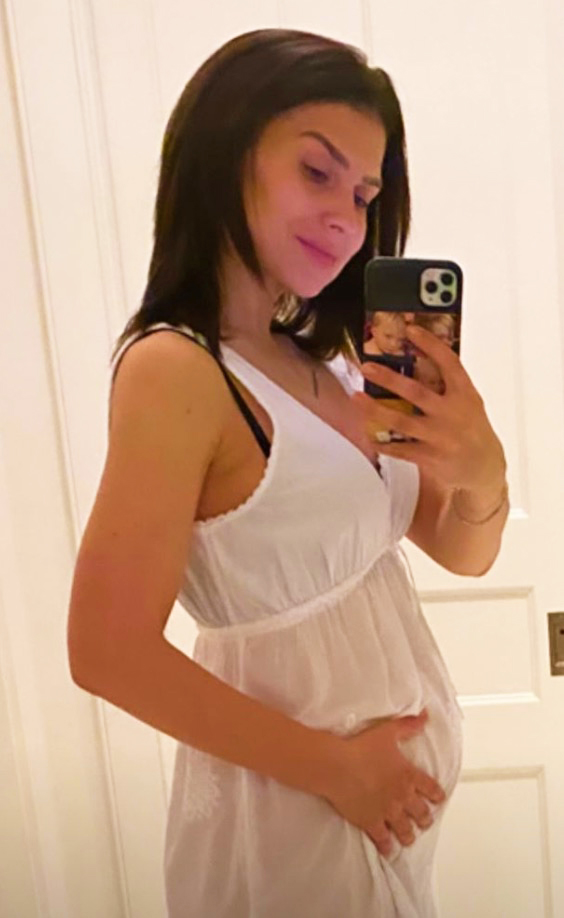 “I don’t have the words to express how this [heartbeat] sound makes us feel,” she gushed on Instagram on Monday, April 6. “Just got the great news that all is well and all is healthy with this little munchkin. I wanted to share this with you. Here we go again.”

The Living Clearly Method author gave Us Weekly an exclusive inside look at her pregnancy two days later.

“I knew I was pregnant right away because I was like, ‘I feel stupid,’” Hilaria explained on Wednesday, April 8. “That’s my first [hint].  I’m somebody that is very physically capable. I can do my yoga, I can dance, I can do this, I can [do] that, [but] I become a disaster. I bump into things.”

She continued, “I actually then started taking tests every other day, even though I knew it wouldn’t be positive yet. About 10 days after I thought I got pregnant, it turned positive and I was like, ‘OK, there you go.’”

The “Mom Brain” podcast cohost went to share that she is “due in September” and “eating everybody’s food,” from “leftover cold cuts [to] a handful of kale with a blob of hummus on it.” She isn’t having any special pregnancy cravings, however.

“My husband, like, really wants me to have pregnancy cravings because he wants to be like that guy that gets [up] and buys something in the middle of the night,” she dished.

Hilaria also didn’t shut down the possibility of expanding her family with Alec, 62, who she married in 2012.

“At this point, who knows?” she said when asked about adding to her brood. “I don’t know. I’ve learned that I thought I was gonna have one kid and now, all of the sudden, I have a gigantic brood, so who knows?”