Which is a significant distinction. Most of my 42-year-old friends are veteran parents — they’ve been doing this for years. They have stories of war, tales of glory, and flashes of madness. They have seen things. Things you can’t unsee — like epic, vomit-inducing diaper blowouts or bloodshed moments over who gets to pick the next show.

But that’s not me. When I pull up to my son’s daycare, I’m a rookie in every sense of the word. In the past 24 hours, I have googled “is that a tumor on my baby’s balls?” only to learn that I am just getting a different vantage point of his testicles. I am still terrified to let him try peanut butter, and I still cut his food into bites so small that there is a chance he may tire before he gets full.

Yet unlike the majority of the other rookie moms at daycare, I was alive and coherent during the Reagan administration. I was present and accounted for during the rise of the New Kids on the Block. I know who shot J.R. — and who J.R is!

With age comes endless amounts of useless pop culture wisdom, better insurance rates, and if you are a new mom, an occasional side-eye and offhand comment from a dishwasher repairman who assumes I’m Grandma.

Since I committed to becoming a single mother by choice, the age thing has come up a lot. “You are older, so it may be harder to become pregnant” they said. “You are past 35; your fertility may have declined,” they warned. “You are older; you probably need more fiber and Werther’s Originals in your diet.” They didn’t say that part, but you get the gist.

Age is just a number — until you start talking about your reproductive bits and babies. Then, suddenly, age is the end-all-be-all.

When it came to getting pregnant, all of the “theys” were right. I did struggle to conceive, and yes, I did need more fiber and obviously more hard candy in my diet. Even after I became pregnant, my age was still a topic. When you are pregnant and over 35, you get labeled by the OB’s office as of “advanced maternal age.” Now that my son is on the outside, I wonder if the pediatrician’s office has me listed as embarking upon “advanced maternal momming.” 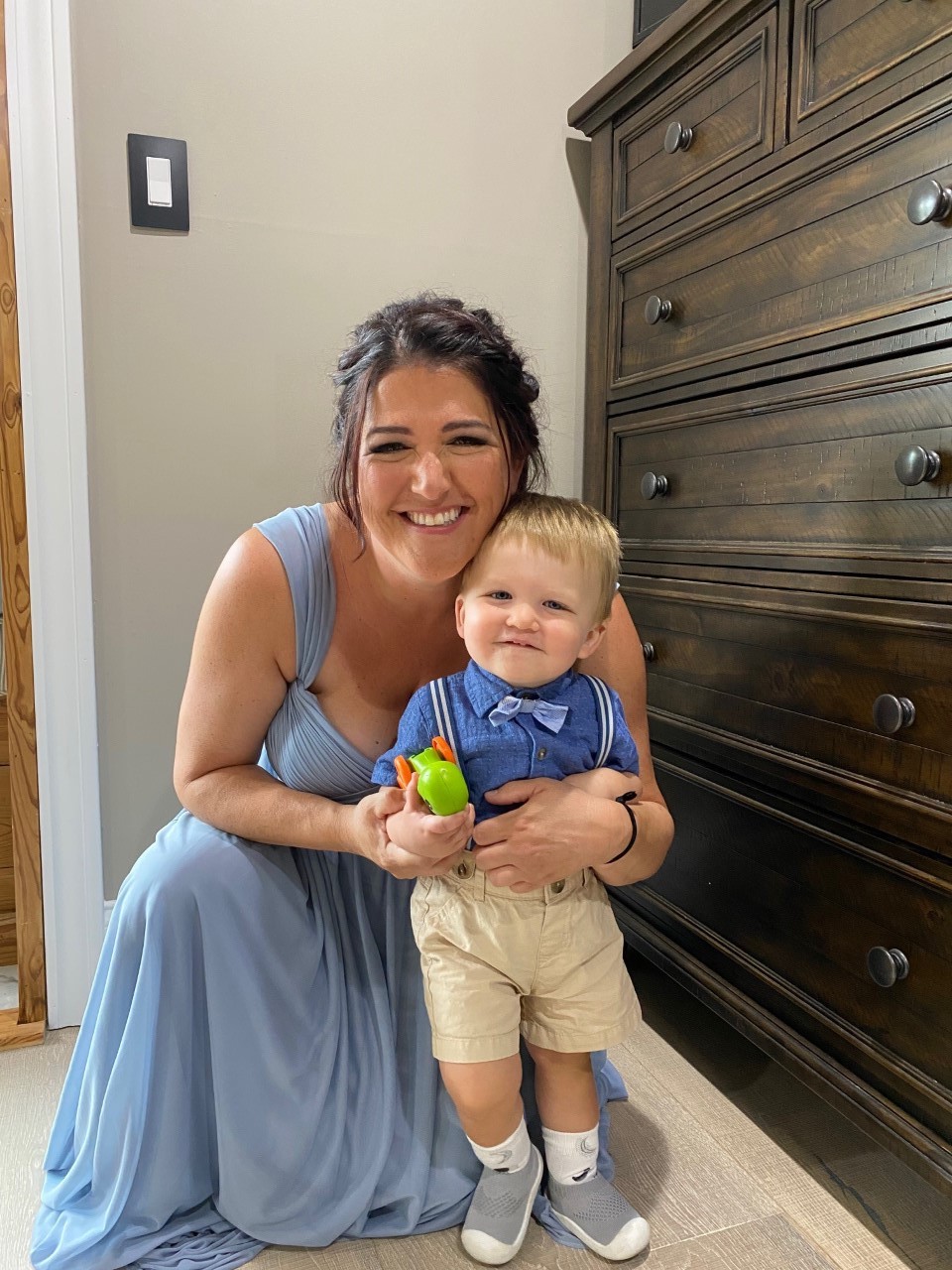 I get it. I am not the youngest mom by the swing set. It’s clear that my days of being carded at the liquor store are numbered, the adage “I color my hair for fun” is just a laughable lie at this point, and evidently, according to my dishwasher repairman, my time for being confused as my son’s grandmother has already begun.

It was a casual pandemic evening here at the Hatem house. My son was sitting in his high chair laughing with near maniacal delight as he tossed handfuls of apple sauce on the floor. I sat at our kitchen table, watching with irritation as I tried to scarf down my lukewarm dinner before his cup of milk hit the floor for the 50th time. Like I said, typical evening.

Atypically, our dishwasher was on the fritz. One of my biggest in-home helpers was in need of aid, and thankfully a repairman had swooped in to make all things right in the world. The repairman was friendly and efficient.  He was running his tests and making his small talk. Of course, he could have just been playing the drums and splashing water under the sink, but it sounded like productive things were happening down there.

This is a more “edited for tv” version of what was actually running through my aged brain. If I am being completely honest, the director’s cut of my internal monologue featured a litany of four-letter words, listed in subtitles in a variety of different languages, two solid GIFs of a lewd gesture, and one vision of me punching him in his dish rack.

As shocked and as offended as I was, I tried to play it cool. I swallowed my pride and tried to give him the benefit of the doubt. I opened the door for his escape hatch.

The repairman raised his eyebrows, and with great thought and reflection replied, “Hmmm.”

Hmmmm. That’s it. No apologies, no awkward embarrassment. Just hmmmmm.

So to hmmmmm it may concern: a little advice when it comes to older moms like myself. 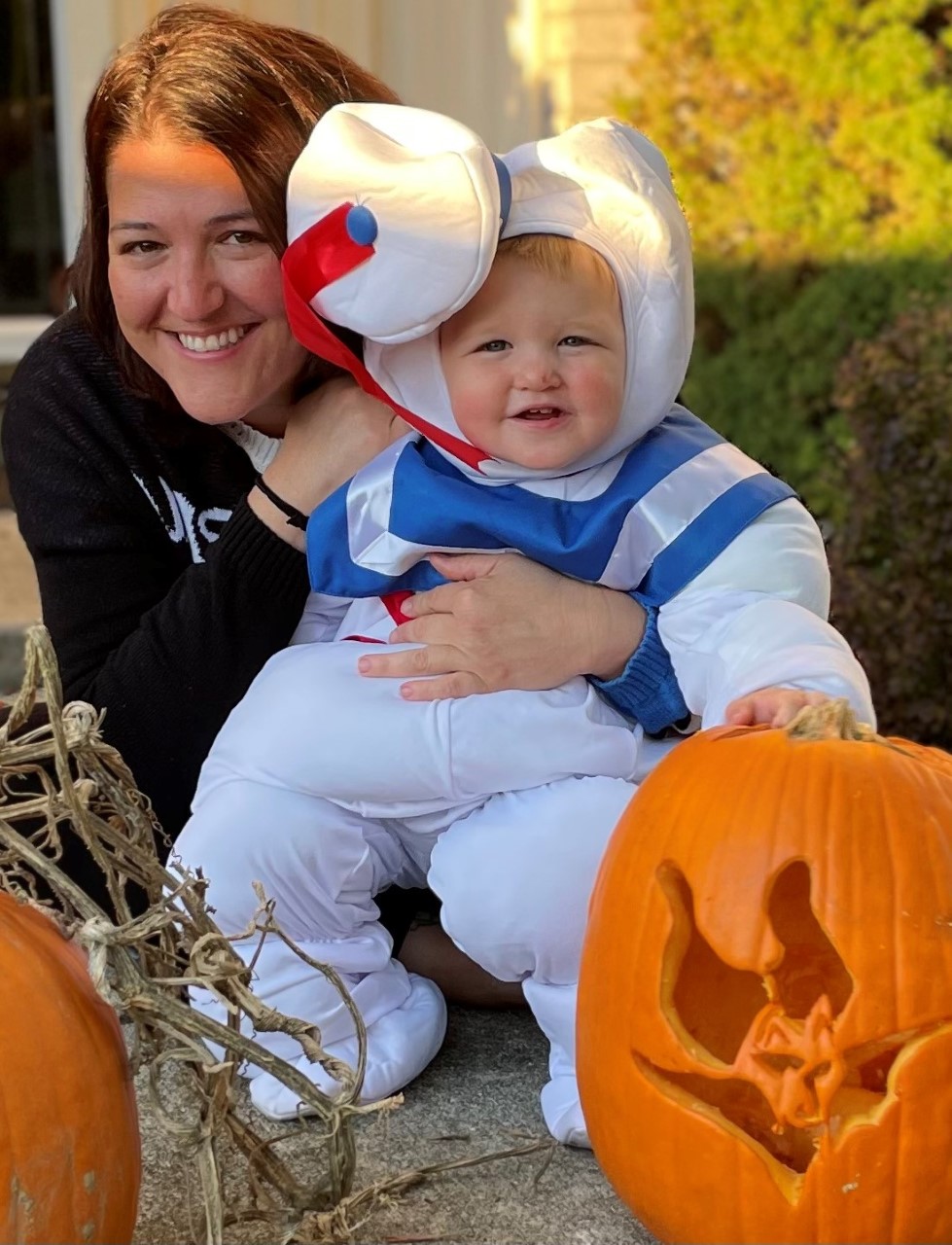 Mother nature and I — no one else — set the timer on my biological clock.

When I was a kid, I remember my mom telling me, “You are only a child once. Don’t grow up too fast.” And I took those words literally and to heart, maybe too much so.

Was I the 23-year-old who skinned her knee riding her scooter through the park? Yup. Was I the 32-year-old who was voted most valuable player on her Beer Olympics team? Damn skippy I was, and I have the medal to prove it.

I lived those days of irresponsible and selfish bliss, and I lived them hard. I did everything and anything I wanted to because I was unattached, I was rootless, and nothing depended on me. I knew that wasn’t always going to be the case. I knew that one day, I wouldn’t want to be the center of my own universe. I knew I wasn’t going to be a kid forever, and that someday I was going to be someone’s mom for always. When that time came, I wanted to be ready and regret-free. That time came for me when I was 38.

While my heart and my head were ready to tackle motherhood, my body was on the fence. For two years, I battled with unexplained infertility. I underwent seven rounds of intrauterine inseminations, and three rounds of IVF to have my son. It was painful, it was expensive, and it was scary. It was also completely worth it.

I worked hard both emotionally and physically to become Mama. Is it biologically possible that I could be someone’s Grandma? Yeah, if you are going to get technical about it, sure. I could be Grandma. Is it also possible that my dishwasher repairman could be an actual walking talking asshat? Sure, it’s possible.

One thing is for certain: I am Mama. No ifs, ands, or hmmmmms about it. Mama plain and simple. I have the wrinkles and the C-section scar to prove it.

There are plenty of paths to parenthood — as these celebrities who went the surrogate route show.