Paris Jackson and Prince Jackson didn’t hesitate to honor their late father Michael Jackson‘s birthday, and the photos they shared are some of the sweetest we’ve seen.

In the first super-sweet photo, we see Michael feeding baby Prince some food (and Prince looks so darn happy about it!) Next, we get a snapshot of Michael and his three children in their old family kitchen, followed by a Christmas snapshot of them all. We end the post with a photo of, presumably, Prince’s first birthday party where everyone is celebrating.

Underneath the post was a slew of touching responses from family members, with Michael’s nephew TJ Jackson saying, “❤️ Words can’t express how much he loved you and your siblings Prince … you made him happier than anything. ❤️” Michael’s sister and their aunt La Toya Jackson also commented, “Prince, he loved you guys with every ounce of his heart! Thanks for making him proud of you! 😘♥️🎈”

Michael’s daughter Paris also honored him for his birthday, posting a super-sweet throwback photo of them kissing when she was only a tot to her Instagram story with the simple caption “hbd ❤️.” 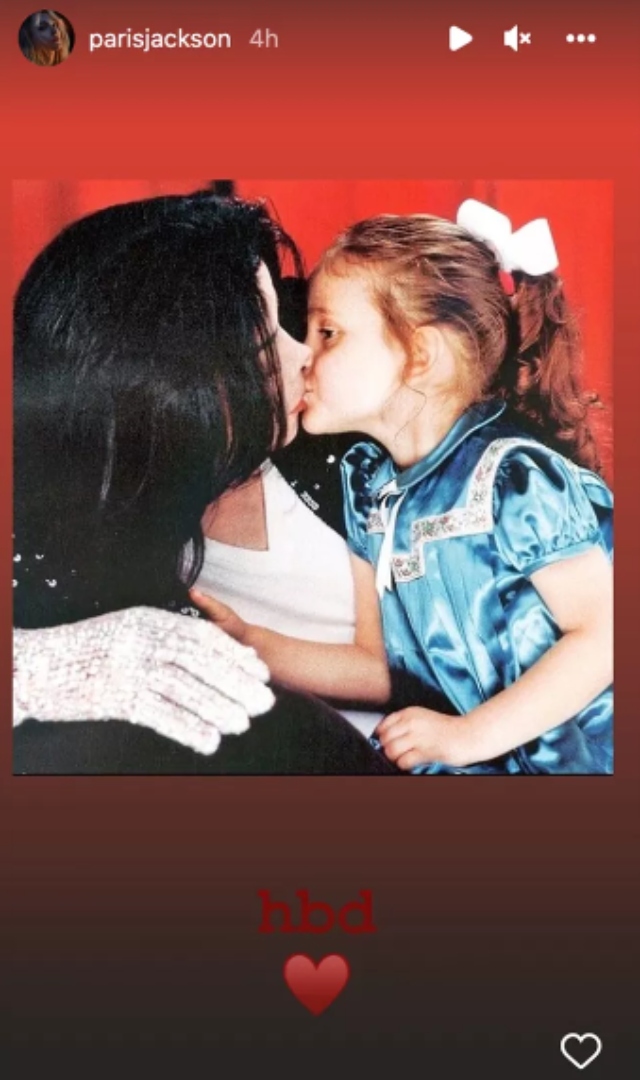 August 29, 2022, would’ve been Michael’s 64th birthday, but it seems his children worked to keep his legacy alive on the special day. Michael had three children named Michael Joseph Jackson, Jr. (“Prince”), 25, Paris, 24, and Prince Michael Jackson II (“Bigi”), 20. While Bigi keeps a very low profile, Prince and Paris are seen out more than usual these past few years, frequently attending events and shows that honor their father. Most notably, the two were seen on the opening night of MJ: The Michael Jackson Musical (and even presented it at the 75th Tony Awards!)

Paris recently opened up about the impact Michael Jackson had on her growing up, telling POPSUGAR , “I try and always keep an open mind — not just with makeup, but with everything. I was raised by a free-love, hippie-type dude, so we were taught that beauty comes from the inside — and to this day, I still believe that.”

Before you go, click here to see photos of Michael Jackson’s kids over the years.