For generations, the Silver Cross pram has been associated with royalty, from King George VI to Queen Elizabeth and, more recently, Kate Middleton and Prince Williams’ children. But the one royal family member who basically said, ‘To hell with that tradition!’? Our girl, Meghan Markle, Duchess of Sussex, wife to Prince Harry and mother to baby Archie Harrison Mountbatten-Windsor.

According to overseas publication, Mirror, Markle “shunned” the royal pram tradition of pushing her newborn around in the Silver Cross and has opted for the Bugaboo Fox instead. 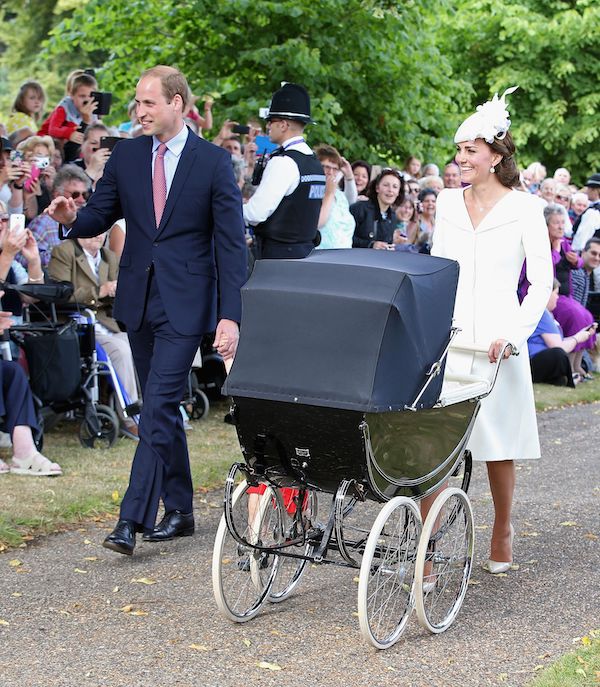 The publication reports that the Bugaboo Fox was a gift from a close friend, and she’s been using it to take Archie on walks around Windsor estate. So, why shouldn’t she use it? The stroller — considered a favorite among moms — is highly reviewed and high-end, priced at over $1,200.

“The Bugaboo was a gift to Harry and Meghan, even before they’d had Archie, from a close friend,” a source tells Mirror.

Honestly, we’re pretty proud of Meghan for not caving to the pressure of the Royal Family and parenting the way she wants to.

Now back to that traditional stroller. Why’s it such a big deal to the Royal Family? Well, the Silver Cross is nicknamed the “Rolls Royce of prams” thanks to its “high-quality craftsmanship and design” and for “producing the world’s most exclusive baby coaches.” So, yeah, this stroller is as luxurious as it gets, but honestly, the Bugaboo looks way more comfortable to push around.

Stroller drama aside, it’s been a busy few weeks since Markle gave birth to Archie on May 6. Markle and Harry have had some VIP visitors as of late, too. Serena Williams dropped in a few days ago, on her way to the French Open. It was during this visit that Archie and Williams’ 1-year-old daughter Olympia had their first meeting and, likely, their first play date.

The royal couple also reportedly has plans to bring baby Archie to the U.S., as well. According to reports, Markle wants to bring him to L.A., where his grandmother Doria Ragland currently lives. Plans aren’t confirmed, so keep your eyes peeled for updates. And who knows, maybe Markle will bring that Bugaboo Fox along with her, too.