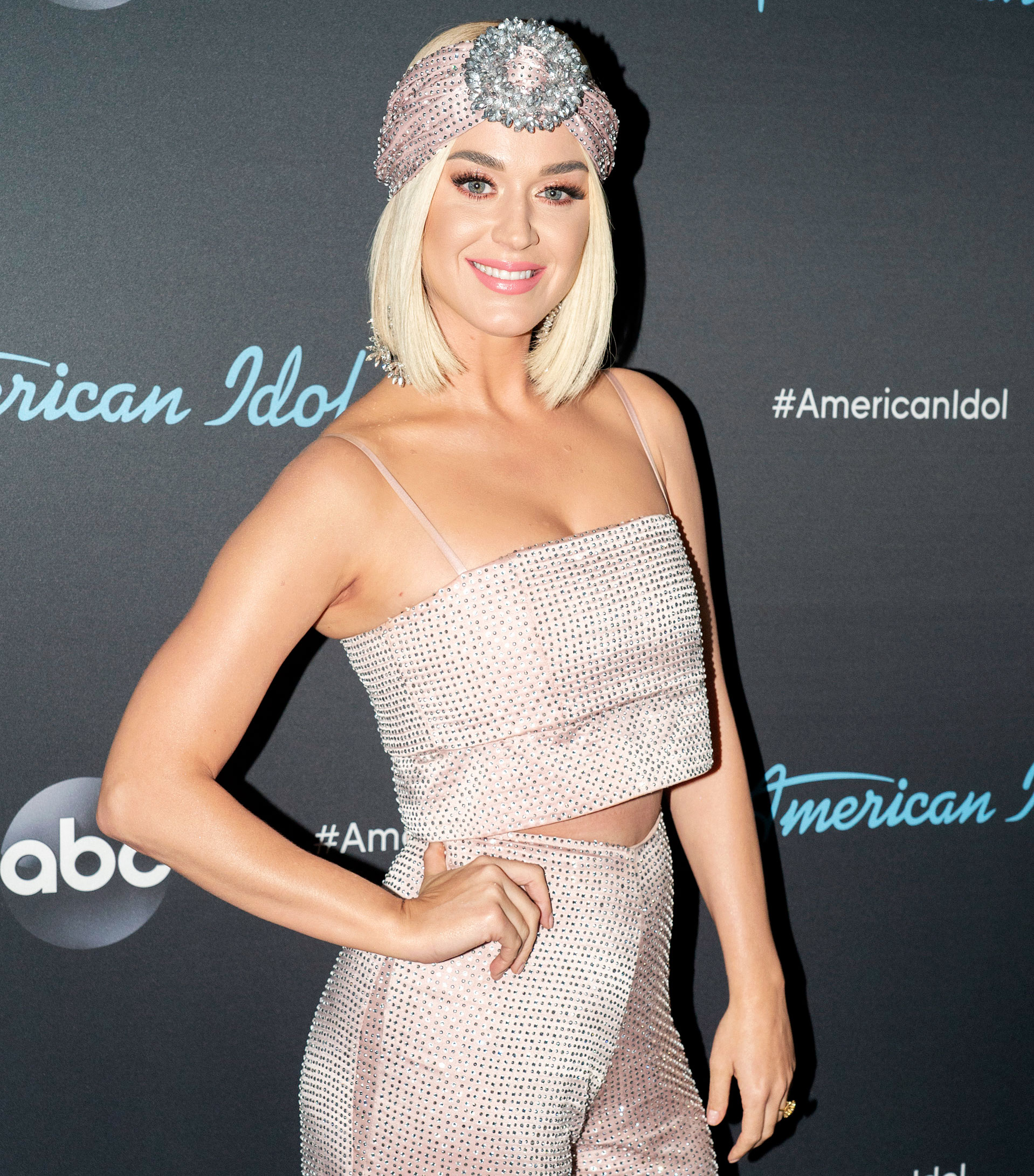 Food baby! Katy Perry and Orlando Bloom got engaged on Valentine’s Day, and the American Idol judge joked that they’re now expecting their first child together.

“I have my outfit planned,” the singer, 34, told Us Weekly exclusively at a Sunday, April 28, taping of the ABC show when asked about filming an upcoming episode on Mother’s Day. “I’m going to announce my pregnancy, how about that?”

The American Music Award winner and the Pirates of the Caribbean star, 42, announced their engagement in February 2019.

“Lifetimes,” Bloom captioned a close-up photo of the couple’s faces on Instagram at the time. His fiancée held her hand up to show off her flower-shaped ring, and she shared the same photo on social media, writing, “Full bloom.”

In October 2018, a source told Us exclusively that a proposal was “definitely a possibility” for the actor and his then-girlfriend.

“Katy and Orlando have worked out all their kinks and have had really fluid communication about what each of them wants,” the insider told Us at the time. “Katy doesn’t want this relationship to be a repeat cycle of things she’s already experienced in past relationships that didn’t work out. She’s learned to grow from them and doesn’t want that in her current relationship.”

The insider added: “They really try to communicate well and spend as much time together as possible. Obviously, they’re both very busy, but they prioritize communicating and working their schedules around each other. They are very much in love, so an engagement wouldn’t be a surprise.” Not only that, but the pair have “talked about [kids] a lot.”

With reporting by Taylor Ferber