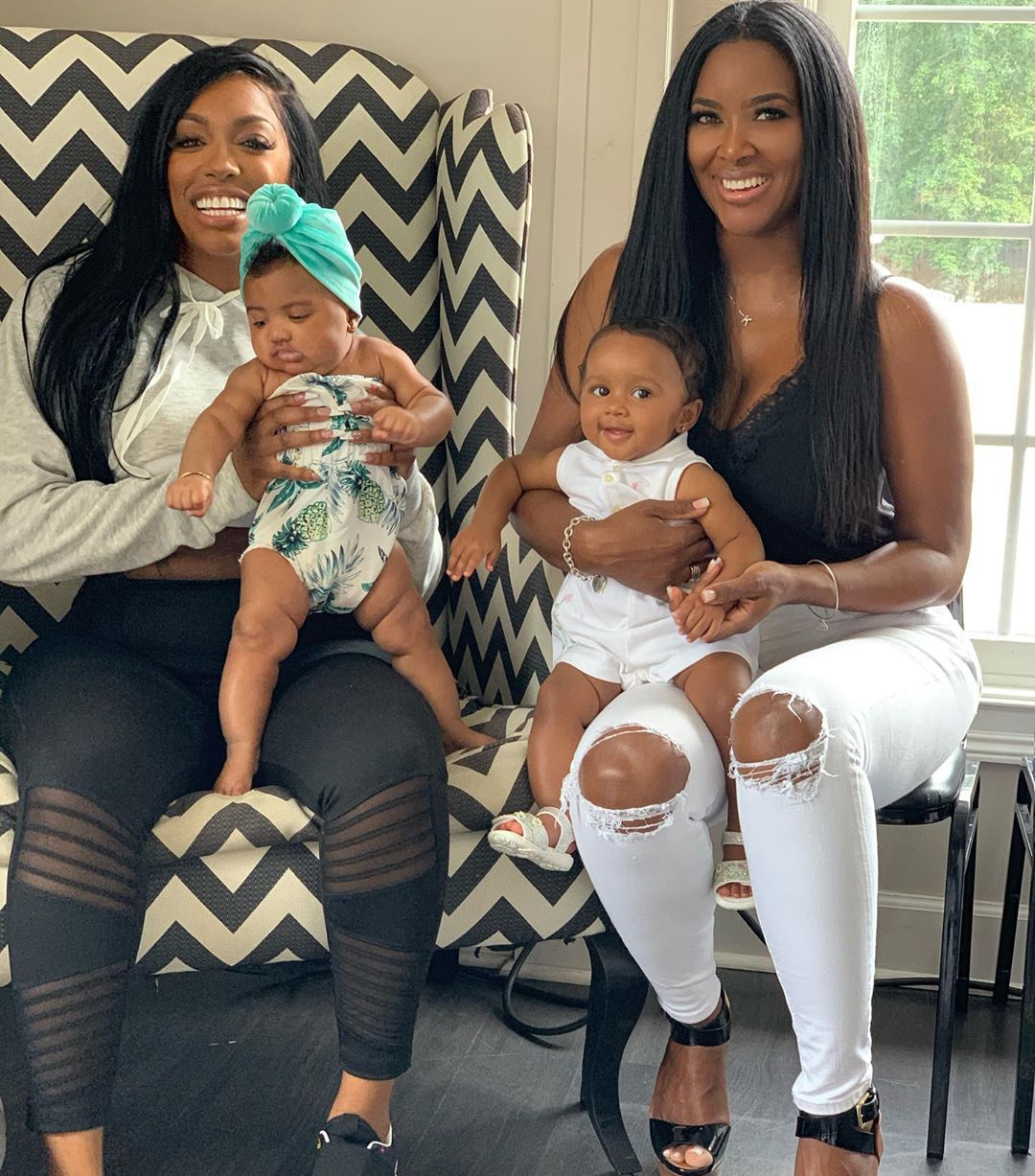 The former Miss USA, 48, took to her Instagram on Tuesday, September 24, to post a photo of the baby girls on vacation with their moms in Greece. The picture showed the tots in side-by-side strollers as the sun set over the ocean behind them.

The former Miss Michigan USA welcomed Brooklyn, who is her first child, with Daly in November 2018. Us Weekly confirmed earlier this month that Moore and Daly had split after two years of marriage.

“It is with profound sadness that I regret to inform my fans that I am divorcing my husband, Marc Daly,” the Real Housewives of Atlanta star said in a statement to Us Weekly on September 19. “Due to recent and ongoing circumstances, I can no longer continue in the marriage. My sole concern and focus is and will always be my daughter, Brooklyn, my miracle baby. She was made in love and true commitment. I ask for our privacy to be respected moving forward.”

Days before Brooklyn’s birth, the reality star revealed on her Instagram that she had to deliver the baby early due to preeclampsia, a condition diagnosed by persistent high blood pressure that develops usually after the 20th week of pregnancy, according to the American College of Obstetricians and Gynecologists. If untreated, the disorder can be fatal to the mother and fetus. A cure is delivering the baby before its due date.

“This is NOT normal. I will have to deliver #babydaly early. But I’m being closely monitored to determine when,” Moore captioned a photo of her urine test that confirmed her preeclampsia diagnosis.

The Bravo personality gave birth to her daughter about three weeks before her Thanksgiving due date.

Williams, 38, who made her RHOA debut with Moore in season 5 in 2012, welcomed her daughter with fiancé Dennis McKinley in March. The couple split in June but reconciled two months later. A week after Us confirmed that the two were back together in August, the Platinum Weddings alum said in an episode of Dish Nation that she and McKinley are already planning on having a second baby.