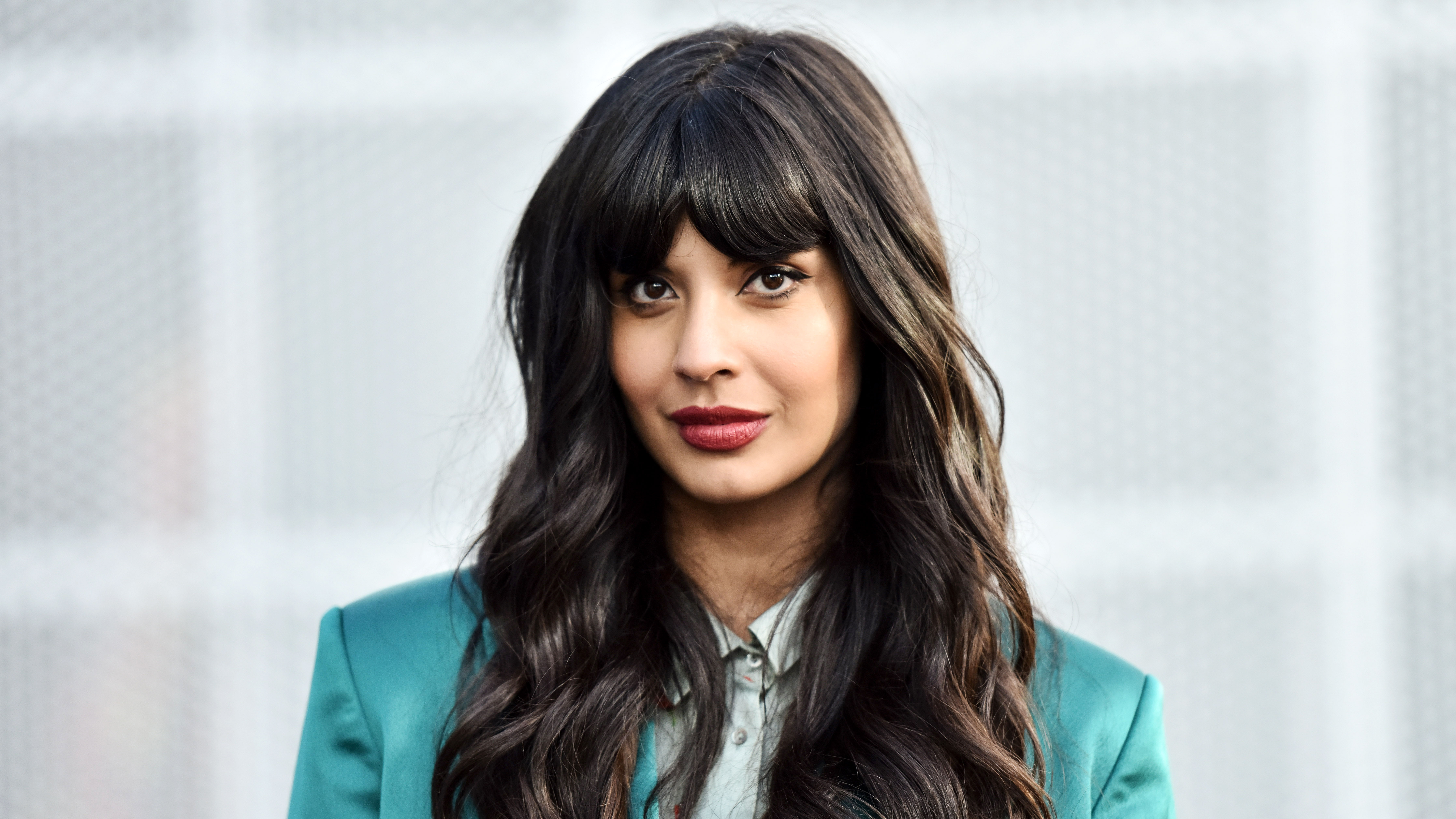 Watch out, haters! Jameela Jamil expertly clapped back at a Twitter user who fired away at her for criticizing a dieting app.

“You are broken,” the comment read. “Not everyone should have to be treated with kid gloves just because a few people can’t handle it. It’s called evolution.”

Jamil, 33, retweeted the post and replied: “I’m not broken. You are just a f–knugget with the emotional intelligence of a banana.” 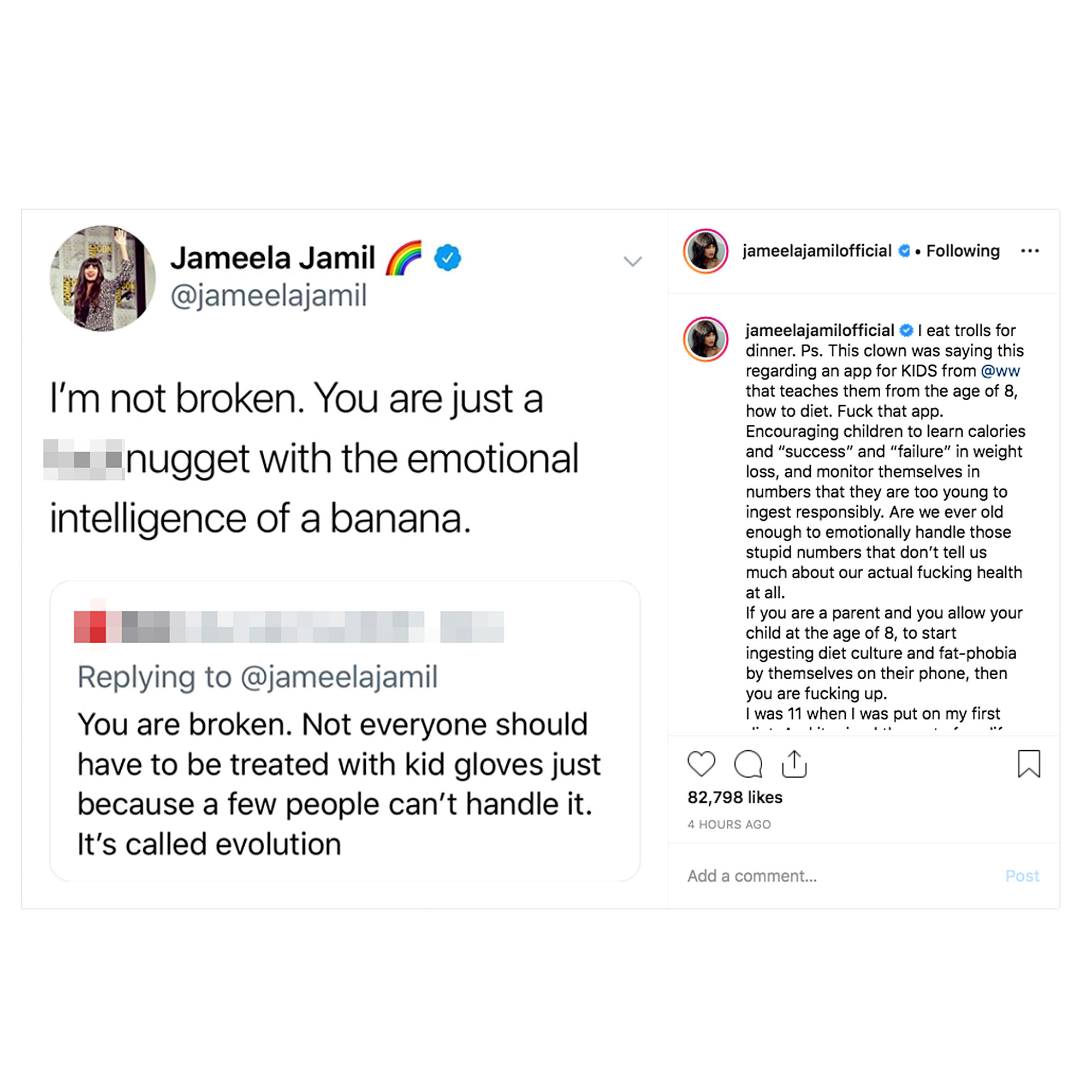 The Good Place star hammered her point home via Instagram on Wednesday, August 14. “I eat trolls for dinner,” she wrote. “Ps. This clown was saying this regarding an app for KIDS from @ww that teaches them from the age of 8, how to diet. F–k that app.”

Jamil further explained the dangers of exposing young people to the program. “Encouraging children to learn calories and ‘success’ and ‘failure’ in weight loss, and monitor themselves in numbers that they are too young to ingest responsibly. Are we ever old enough to emotionally handle those stupid numbers that don’t tell us much about our actual f–king health at all,” she continued. “If you are a parent and you allow your child at the age of 8, to start ingesting diet culture and fat-phobia by themselves on their phone, then you are f–king up.”

The actress, who has been open about her previous struggles with anorexia, recalled her own similar experience. “I was 11 when I was put on my first diet. And it ruined the rest of my life, because I developed an irrational terror of food and fat,” she concluded. “Say no to this hugely irresponsible app by @ww they just continue to be the worst.”

Jamil has actively slammed celebrities such as the Kardashians for promoting diet products on social media.

Jamil told Us Weekly exclusively in January that her outspokenness stems from “owning up to my mistakes, owning up to my ignorance and willfully educating, showing people that I’m educating myself and educating them alongside me.”