Kids love Halloween — or at least the dressing up and getting candy part. But should teens or even college-age kids really be out there trick-or-treating with the little kids?

Child psychologist Michele Borba tells SheKnows that while there’s no one-size strict age cutoff, most kids decide that between 12 and 17 they feel too old to participate in trick-or-treating. “It really depends on the individual child, their peer group and the neighborhood where they live as to what is acceptable,” she explains.

That said, certain areas do indeed enforce nonnegotiable trick-or-treat rules. For example, the city of Bathurst, Canada, actually passed a law to prohibit trick-or-treating for kids age 16 and older (the cutoff was originally 14 but it was raised in 2017) as well as a curfew for when revelers of all ages must stop going door-to-door. These laws were ostensibly put in place to ensure older kids didn’t use the holiday as an excuse to misbehave and act out.

But Borba doesn’t believe older children want to trick-or-treat in order to cause trouble. “In general, they just want to have a good time on Halloween. If parents guide them correctly, they can have a fun and safe night.” If an older child wants to partake in trick-or-treat, Borba urges parents to let them — provided they follow certain guidelines. For one thing, they should wear a costume. It doesn’t need to be elaborate, but it is a key part of the trick-or-treating fun and ritual. Plus, it makes them appear a lot more engaged than if they just ring the doorbell asking for treats in their street clothes.

What else? “There will be many little kids walking around, so the costumes older children choose should not be scary, offensive or violent,” says Borba. And older kids may prefer to dress in a group costume to eliminate any self-consciousness or concerns about being the only older kid dressed up. 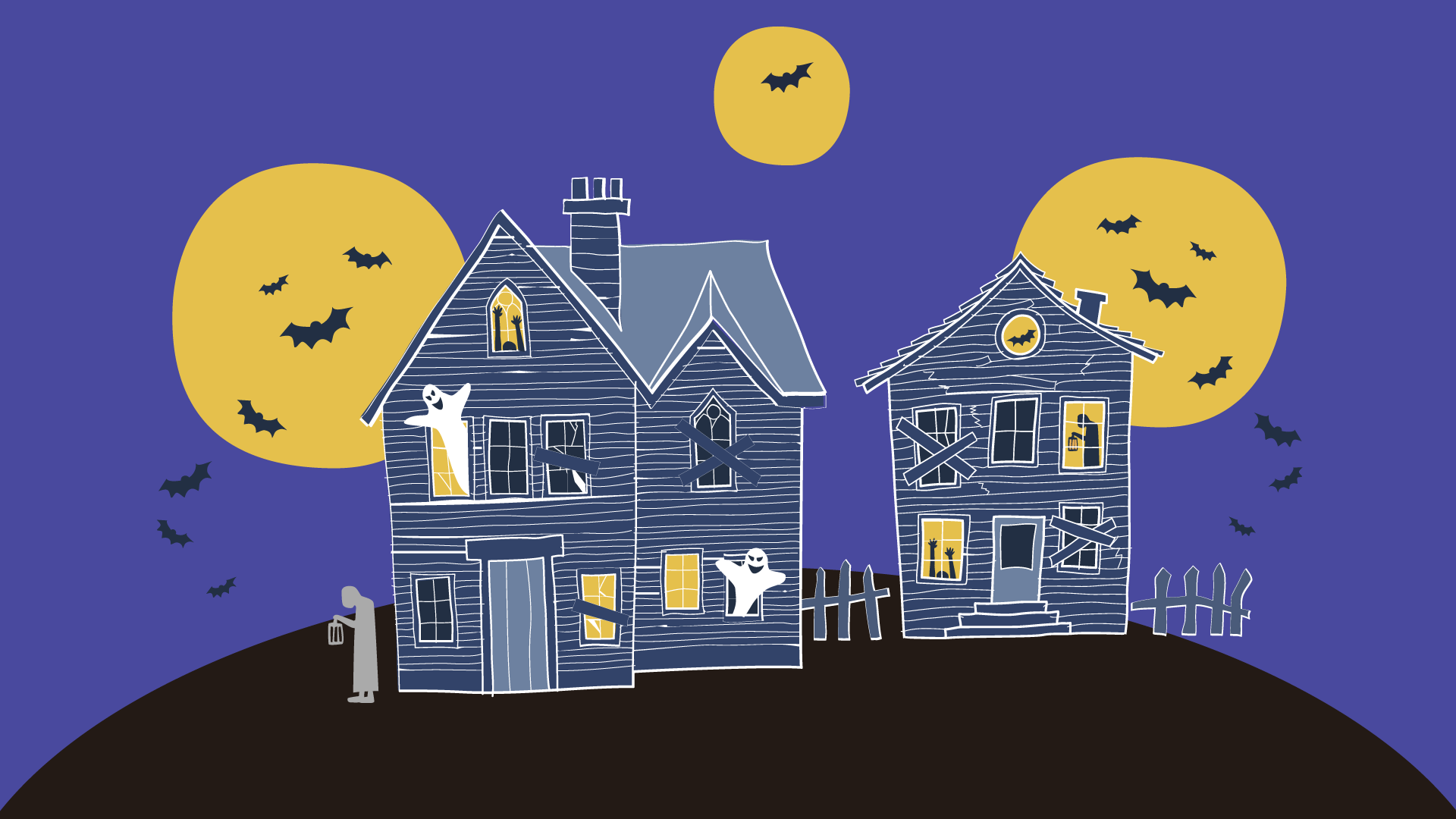 Older children who are trick-or-treating also need to be extra polite as they walk through their neighborhood. “Remind teens that they are representing their family and need to use good manners at all times,” says Borba. “Little kids will be all around, and they will be listening, watching and emulating these older children, so it’s important to act as role models.”

And last but not least, set a curfew for when your child needs to return home from trick-or-treating. Just because older kids have later bedtimes than little ones, it doesn’t mean neighbors want them to ring their bells at all hours of the night. And assuming teens are trick-or-treating without an adult, make sure they stay with their friends, don’t leave anyone behind and that at least one member of the group has a cell phone in case a parent needs to be in contact.

That said, there are plenty of substitutes for trick-or-treating that will let older kids celebrate (safely) in style. If your older child isn’t feeling the neighborhood romp this year, reach out to the parents of their friends to cook up an alternative. Borba says, “Teens are especially self-conscious and prefer not to be alone. They might worry their friends don’t want to go or will mock them if they do go. Parents should rely on their village of other parents; work together to help the kids to formulate a plan that everyone will enjoy.”

If kids feel too old to trick-or-treat themselves, suggest they volunteer to take a younger sibling or neighbor’s child out for treats. Parents with multiple kids may welcome the additional help on Halloween, and it’s an excellent way for older kids to feel part of the childish festivities and grown up at the same time.

Teens could also trick-or-treat for charity instead of candy. Dr. Maurice Elias, professor of psychology at Rutgers University says, “Many people don’t remember, but years ago, it was popular to trick or treat for the charity of UNICEF. Instead of candy, kids would ask for small donations for this cause. Collecting for charity instead of calories is something that can become more mainstream once again on Halloween and certainly would not be age-inappropriate for teens to do.”

Another idea is for parents to host a supervised Halloween party for older children in their home or at a recreational center. Order food and nonalcoholic drinks, set up party games and/or provide music for dancing. If kids want to dress in costume, there can be prizes for most original or scariest.

For kids young and old, parents should broach the topic of Halloween a few weeks in advance. Brainstorming ideas on how to find a way to celebrate that feels right. Older kids shouldn’t feel they have to give up the fun of trick-or-treat before they are ready. They just may need to be a little creative about the parameters to make the day age-appropriately fun.

A version of this story was originally published in October 2018.