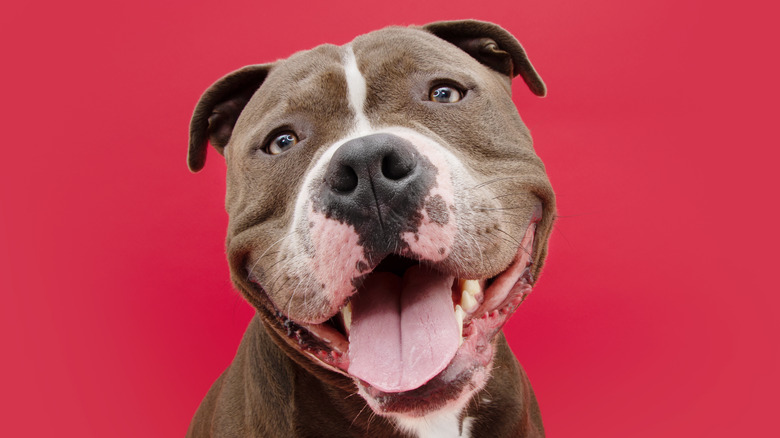 While the public often perceived pitbulls as aggressive and unfit for families, many of these preconceived notions about the breed have been debunked as myths in the past few decades. Now, the pitbull is considered to be one of the most popular dog breeds in the United States, with data showing that pitbulls are the third-most-popular dog type to be adopted from shelters, according to ASPCA.

Those with reservations about adopting pitbulls can at least breathe a sigh of relief knowing that the breed generally defies the stereotypes that exist about them in pop culture. According to Rover, pitbulls are friendly, outgoing, and well suited for family life. In fact, pitbulls are known to be gentle and playful with children. Generally, this outgoing personality trait is largely due to the fact that pitbulls possess a strong desire to please their owners. Luckily, this desire to please can come in handy while training your pitbull puppy.

However, a common pitbull personality trait that might become an issue is their insistence on being the center of attention in the home. Those who are the most successful at raising a healthy, happy, and obedient pitbull are assertive and the true leader in their home. With that said, if you have a hard time being assertive, Care.com warns that a pitbull might not be the best option for adoption. 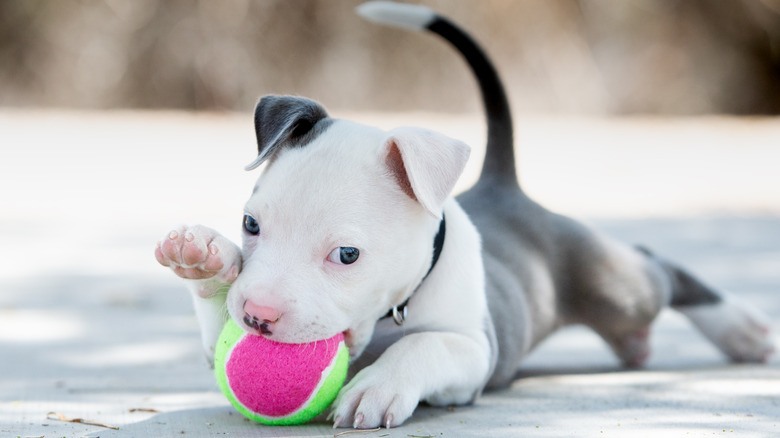 Similar to many other large dog breeds, pitbulls require many outlets to channel their nearly endless energy. Pitbulls need to have plenty of room to run off their excess energy in a fenced-in yard. Additionally, having an owner who is willing to throw around a frisbee or ball for a few minutes a day can ensure that pitbulls lead a happy and healthy life (via Lane County Animal Services). Pitbulls also have a tendency to chew on items when they are bored, so keeping them occupied with toys and other stimuli will prevent them from tearing into your new pair of shoes.

Given their history of hunting small rodents, pitbulls have a tendency to get easily distracted. To combat this nature, pitbull owners will need to train their dogs to walk on a leash from a very young age. Socializing pitbulls is also incredibly important, as they will unlearn a natural instinct that discourages them from playing nice with other animals, according to Rover.

No matter the breed of your brand-new pup, it is important to remember that, in order to find a friend for life in your pooch, you’ll have to put in some serious work. Lane County Animal Services suggest putting in a total of two hours of uninterrupted bonding time each day with your pitbull in order to establish a lasting bond.