Putting the work in! Gwyneth Paltrow opened up about the life lessons she’s sharing with her two children.

“As a parent you think, all I can do for these kids is teach them right from wrong and teach them what work is,” the actress, 47, said on the Thursday, July 23, episode of the “Literally! With Rob Lowe” podcast. “I’ve really have tried not to just hand them things.”

The Politician star went on to say that Apple works in retail, adding, “I think it’s really been interesting to be her mother because as she’s come into her own, it’s almost like watching her harness her own power with every passing year. I’m just like, ‘What is this child here to do?’ She’s so bright and so funny. She’s hilarious.” 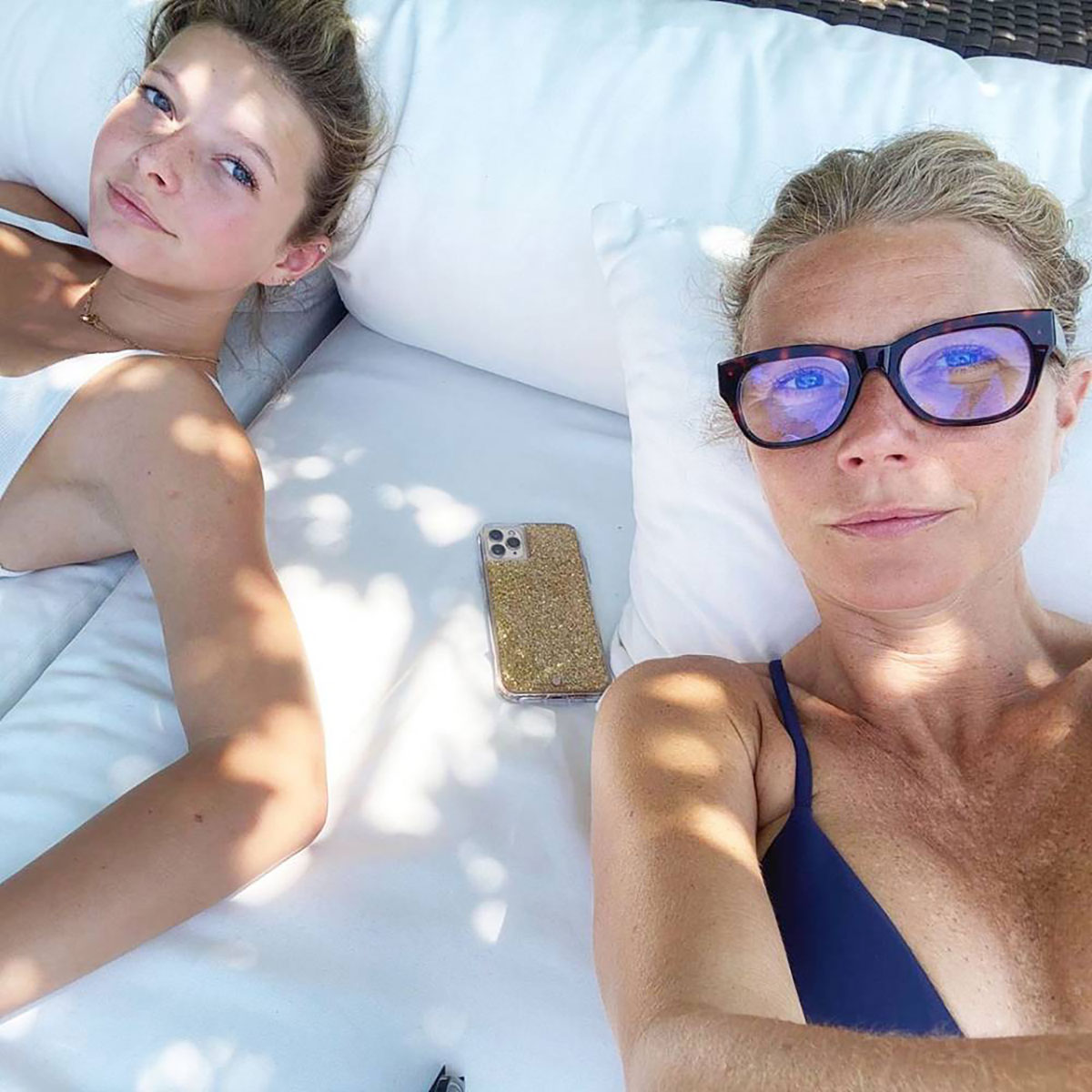 As for Paltrow and her ex-husband Chris Martin’s 14-year-old son, Moses, the teenager is “scarily talented.” The Los Angeles native told Rob Lowe: “Moses is so unique and so deep and, like, such an old soul — and also really talented.”

When it comes to her kids’ social media use, the Oscar winner doesn’t let them “be public on any” platforms, she said. “I try to keep them out of the public eye as much as possible. Now it’s different because kids are like, ‘Can I have a YouTube channel?’ I’m like, ‘No, you can’t. Absolutely not.’”

The Goop creator has been coparenting Apple and Moses with Martin, 43, since splitting from the Coldplay frontman in 2014. Paltrow went on to marry Brad Falchuk in 2018, but the pair waited to move in together until the following year because of their blended families. (The Glee co-creator, 49, shares Isabella and Brody with his ex-wife, Suzanne Falchuk.)

“We each have two teenage children whom we love very much,” the Golden Globe winner explained to Jimmy Kimmel in October. “We were just trying to be mindful and give them a little space and not move too quickly. Less merging originally, but now we’re merged.”