The singer Ciara is teaming up with the White House and Dr. Jill Biden to promote vaccines for children, and her adorable toddler made a surprise appearance during her conference in the press briefing room.

During the event on Wednesday, Nov. 17, Ciara was explaining that her 7-year-old son Future received the vaccine a couple of days ago — a fact he proudly confirmed from the audience — when her 1-year-old son Win decided to voice his support by crawling behind his mom on the floor around the podium. The video was shared by CBS News White House correspondent Nancy Cordes on her Twitter account.

Little Win can be seen quickly crawling around the right side of the podium with his caretaker in hot pursuit. That said, the toddler was too fast. He makes his way around back and stops when he’s safely at his mom’s side. After sitting on the floor and looking out at the members of the press, Win then stood up and began to adorably toddle around behind the podium while his caretaker tried to quietly convince him to come her way. 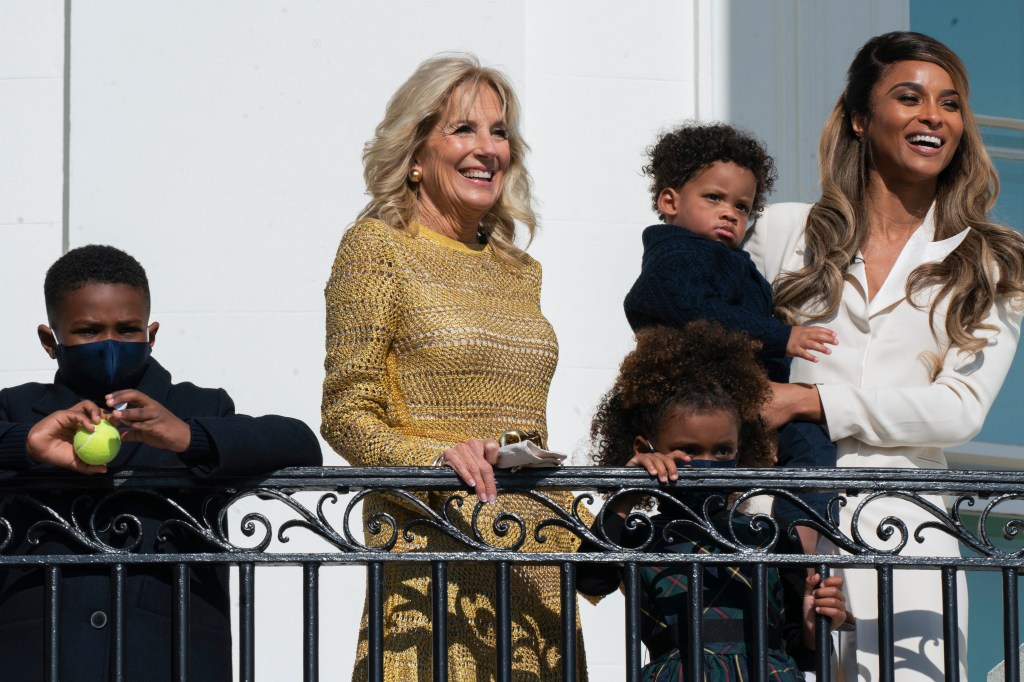 Ciara noticed as she was answering a question about how she got involved in the vaccination campaign. “I actually got called by the White House and the First Lady’s team to join her to talk about vaccines for children five to 11,” she explained, as she turned to watch Win toddling around. She smiled as she looked back at him, which elicited a sweet giggle of support from the members of the press.

While we’re sure this cameo wasn’t planned, it was nice to see the sweet toddler make an appearance. Ciara also handled it like a total pro, and stuck to her message while smiling at her sweet boy.

And today, the singer took to her Instagram to thank Dr. Biden for the opportunity, writing: “@Flotus, thank you for welcoming my family and I to The @WhiteHouse. It was such an honor to join you to talk about vaccinating our youth. Let’s end this pandemic together #LevelUp”

Before you go, check out our gallery on Cute & Stylish Kids Face Masks.