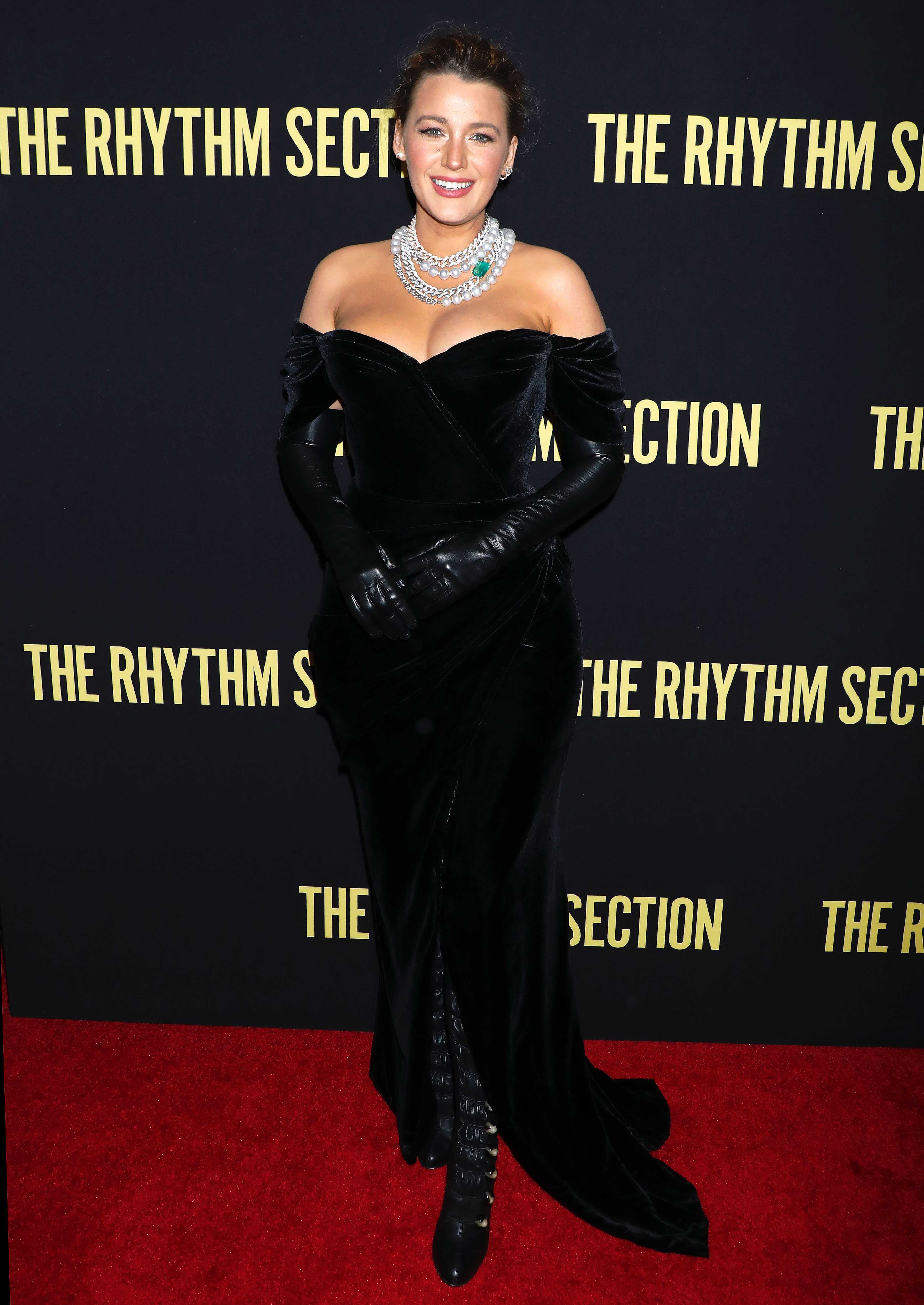 Devoted mom! Blake Lively got real about how she selects her projects now that she is a mother of three daughters with husband Ryan Reynolds.

“I guess I really have to really, really, really, really love it because I’m just obsessed with my kids,” the actress, 32, told E! News on Wednesday, February 12. “So, yeah, I think it’s gotta really be worth it to take me away.”

Lively and Reynolds, 43, share James, 5, and Inez, 3. Us Weekly broke the news in October 2019 that the couple, who tied the knot in September 2012, welcomed their third child — a baby girl whose name has not yet been revealed — during the summer.

The Deadpool star “left the set he was working [on] for about eight days” to be with the Gossip Girl alum and their newborn baby after her arrival, according to an insider.

Lively returned to work last month to promote her film The Rhythm Section, proving she is just like any other mom in the process. “PUMP @therhythmsectionmovie press day,” she captioned an Instagram Story photo of her breast milk device in January.

The Simple Favor star admitted during a January appearance on The Tonight Show Starring Jimmy Fallon that her baby girl’s sisters have mixed feelings about her. “My oldest is very into the baby. My middle child, not so much,” she explained at the time. “We’re thinking of keeping her.”

Lively noted that Inez has been “pretend[ing] to play with” her younger sibling. “In the beginning, our oldest is loving on her and she’s very maternal, and our middle daughter just keeps away from her,” she recalled. “I said to her, ‘You’re going to teach her everything she knows. You get to teach her about cities and the sky and flowers and Santa Claus. Anything you want.’ And she goes, ‘Oh, I didn’t love you, but now I do.’”

The Age of Adaline actress opened up in January about juggling her kids with her demanding work schedule while filming The Rhythm Section. “I woke up at 5 a.m., but mostly because I was doing momma duty with my girls,” she said in a Vanity Fair video interview. “Have breakfast with them, hang out with them, work out with them. ‘Cause I didn’t want to wake up any earlier.”