She raised a royal! Duchess Meghan and her mother, Doria Ragland, share a very close relationship.

Although Meghan is estranged from many members of her family, including father Thomas Markle and half-sister Samantha Markle, she and Ragland are thicker than thieves.

The Ohio native has spent a great deal of quality time with her daughter and Prince Harry and remains a strong source of support for Meghan as she prepares for motherhood.

“Doria is so delighted about the news of her first grandchild,” a source exclusively told Us Weekly in October, days after Meghan announced her pregnancy with Harry. “Doria has been helping Meghan through this time in her life immensely. Meghan really looks to Doria for all advice in anything she does.”

While Ragland frequently makes trips across the pond, Meghan hopes that her mother will permanently relocate once the baby arrives. “Meghan of course wants her mom to move to the U.K.,” a second source told Us in November. “[Doria] has told friends that she would keep her house in Los Angeles but is indeed planning on spending a majority of her time with Meghan.”

“Doria is saying the biggest highlight of the wedding, of course after watching her daughter say ‘I do’ to the man she loves, was meeting the queen,” a source exclusively told Us in May 2018, noting that Britain’s beloved royals have made Ragland feel welcome. “It would have been extremely intimidating for anyone, but Meghan and Harry really did a marvelous job of preparing her [for] what to expect.”

Scroll down to look back on Ragland and Meghan’s sweetest moments! 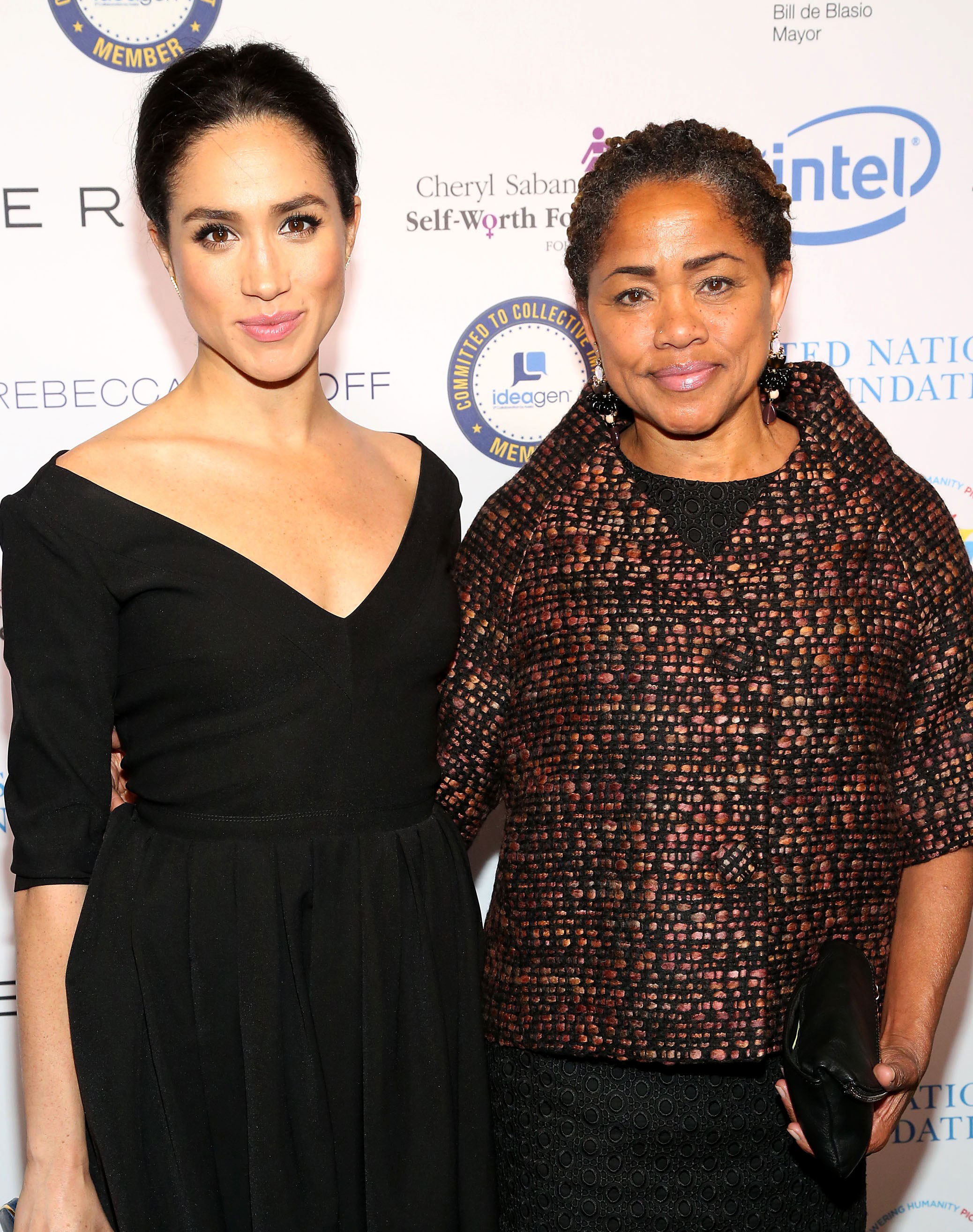 Ragland walked the red carpet alongside the Suits alum in March 2015 before a United Nations conference in New York City advocating for women’s rights. 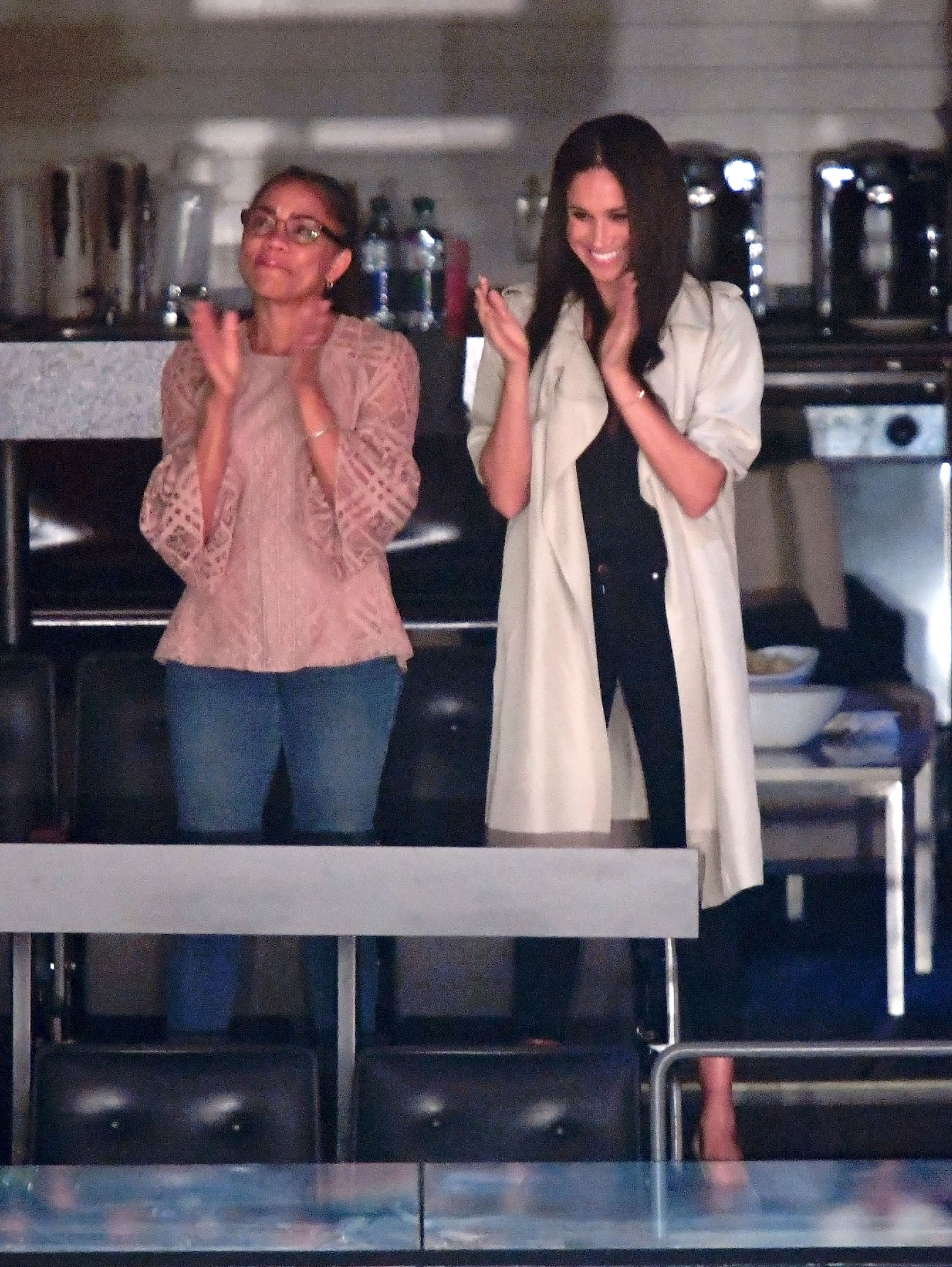 Round of applause! The former actress and the mental health instructor attended the Invictus Games in September 2017 alongside Harry. 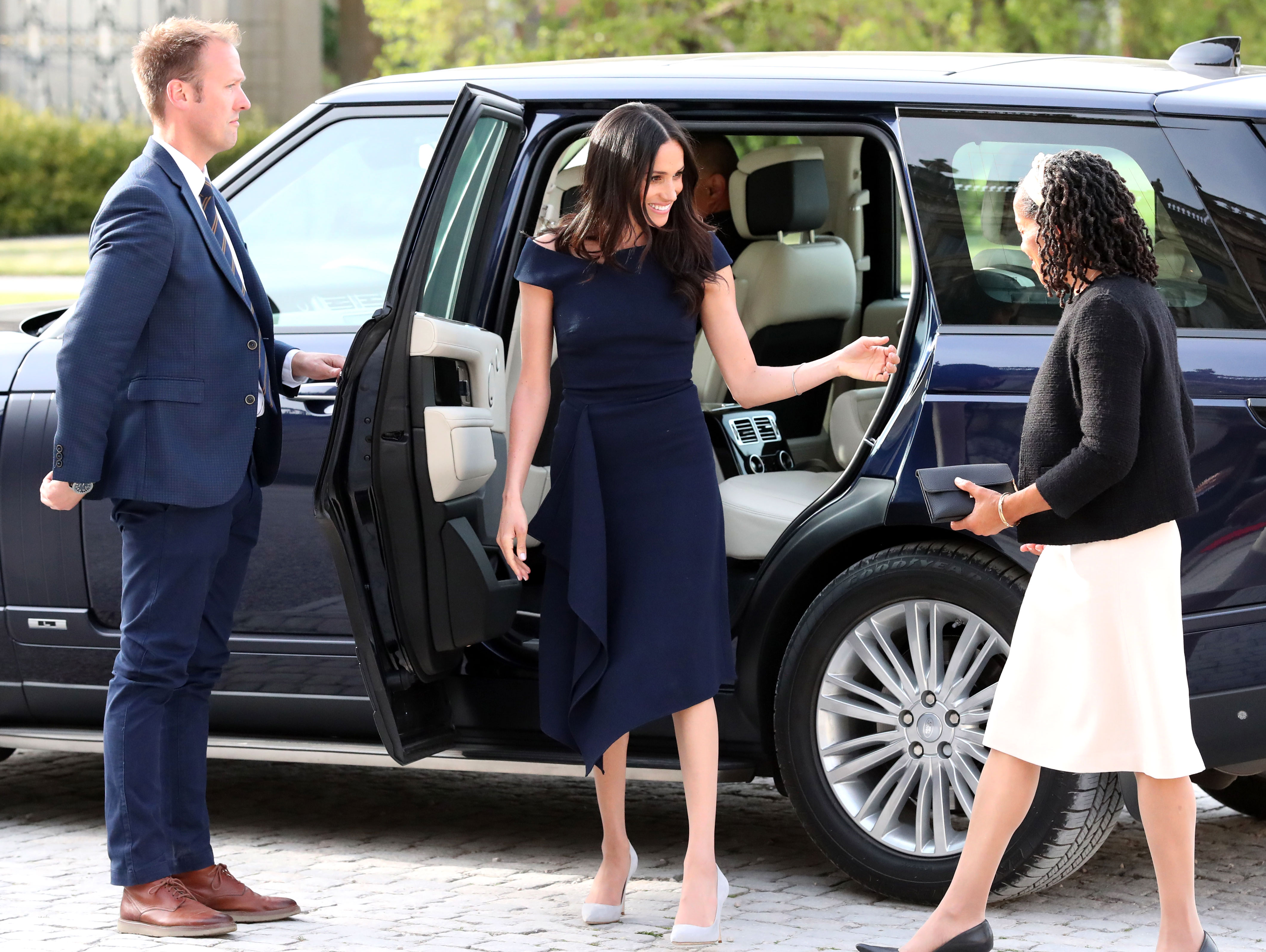 The former lifestyle blogger and Ragland looked effortlessly chic as they greeted each other in Berkshire, England, in May 2018. 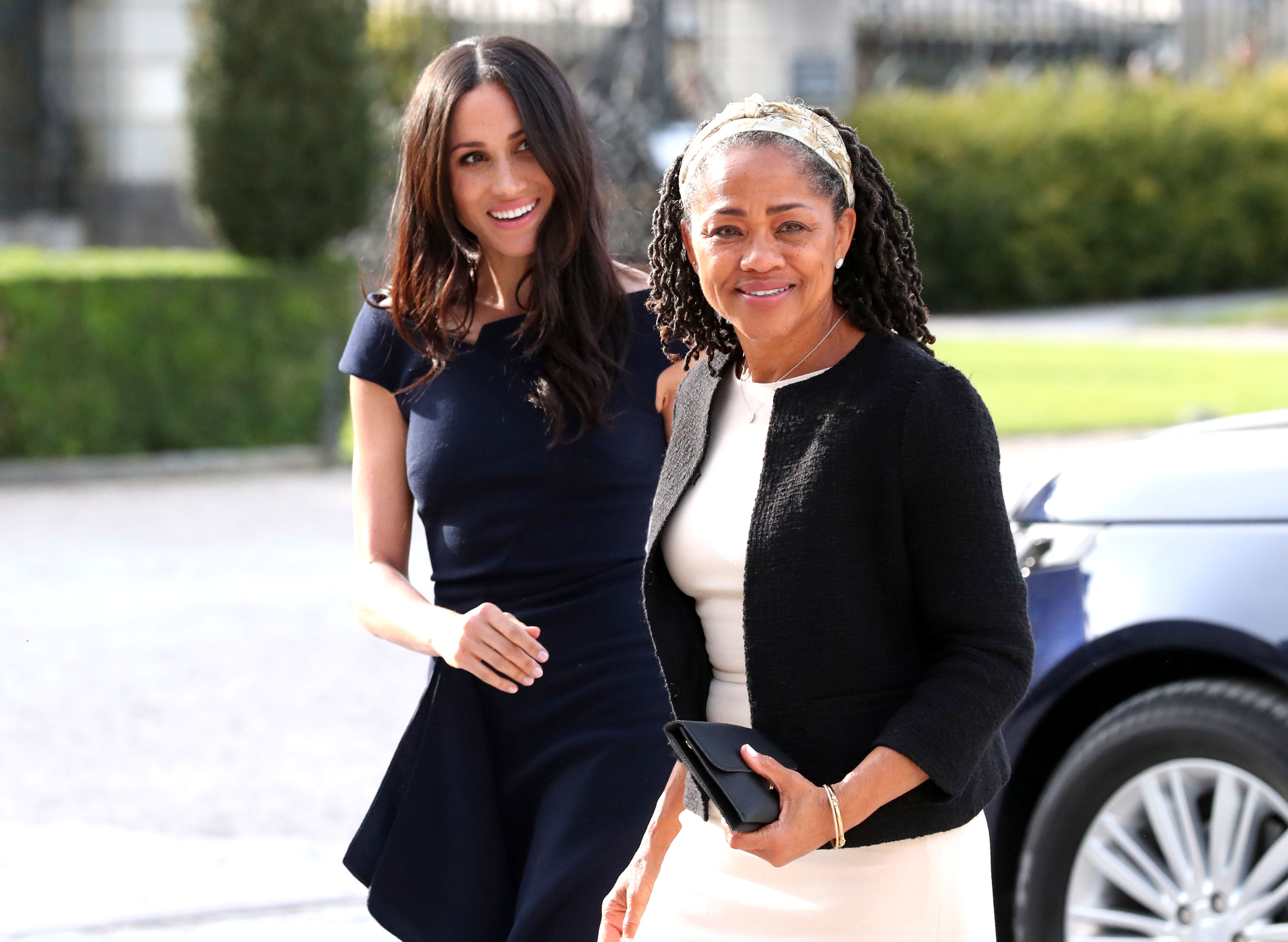 Cutest mother-daughter duo! Meghan and the social worker were all smiles as they arrived at the Cliveden House Hotel in May 2018 on the evening before Meghan and Harry’s nuptials. 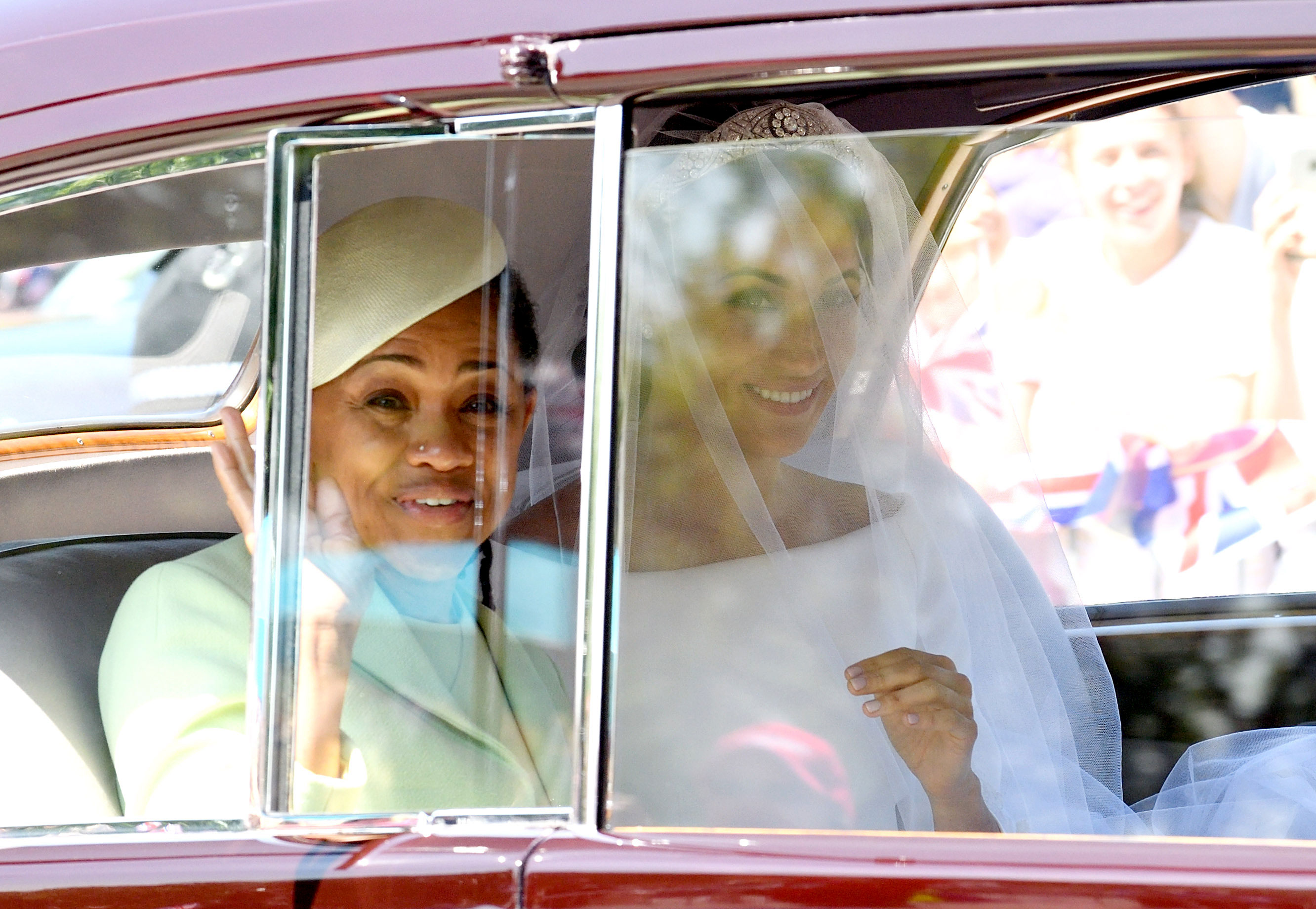 Mother of the Bride

The former yoga instructor waved to well-wishers as she and Meghan drove to Windsor Castle in May 2018 for the royal wedding.