The WWE works with some fantastic organisations worldwide and helps shed light on important issues like bullying in schools, breast cancer, Special Olympics and many other health and community related issues. I’ve been a WWE fan since I was 10 (because that’s when we started getting it in India). Back then, it was called the WWF and I absolutely fell in love with the show, and it wasn’t just because the options to watch on TV were quite limited. I remember when I first saw the larger than life characters, it was almost like the superheroes I read in my comic books had come to life on the screen. It was glamorous, action-packed and everything that a young kid would want to watch on television. As I grew a little older the WWE product also changed and moved away from being the family friendly product it was in my childhood, to a more non-PG show in a time that was called the Attitude Era. For my testosterone filled teenage days, it was absolute perfection but after a few years they went back to a more PG show that was extremely family friendly and that’s where the show is now.

A little over five years ago a childhood wish of mine came true when I got the opportunity to work with the WWE. For someone who grew up on the product it was an unbelievable thrill. That said, when I tell people today that I do this, I often see a very surprised and bemused look on people’s faces. The questions often are “What? Really? You still watch WWE? I think I stopped watching WWF after my teenage days. Isn’t it all fake? How can you watch this? It’s not really a sport is it?” And many other questions of a similar nature.

Allow me to tell you WHY I love WWE and why I’d totally recommend it for your kids. I can’t wait to get my son Neil started on it too!

Let me clarify a few things for those of you who’ve not really followed WWE in the last few years and address some of the questions I’ve mentioned above. 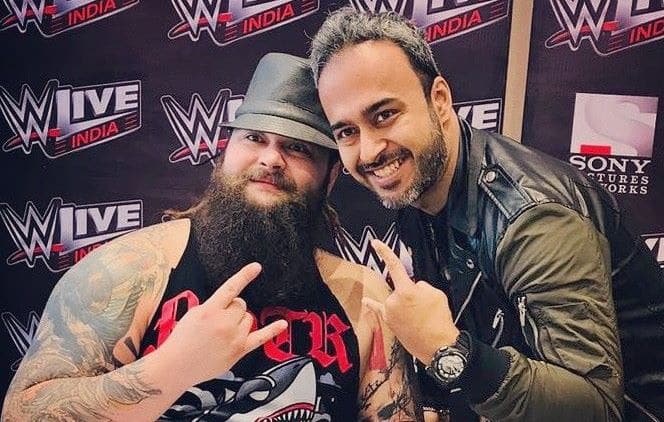 WWE is called Sports Entertainment. While they have all the athleticism, discipline and training required in professional sports, the product at the end of the day is about entertainment. That is why they have the amazing characters, storylines and action that you get to see on any episode. Think of it like a soap opera with a ton of action. It is in fact, the longest running weekly episodic show in television history!

It is not fake. It is scripted. The injuries are real. The athleticism and the level of physicality you see is very real. The show is however scripted, which means that a very select few people know what’s going to happen but the masses that follow the show and love the product do not know what’s going to happen. So it is like watching your favourite TV show or movie. You know that when Superman flies in a movie or Spiderman swings around on his webs they are not real but you watch it for the entertainment value. That is just what WWE is! It is entertainment with a ton of action that is happening right in front of you (if you’re in the arena) or live on your TV screens!

So what can kids learn from the show?

· The characters, especially the good guys (yes, there are good guys and bad guys just like movies or comic books) are brilliantly crafted characters with a fine moral code and are excellent role models for kids.

· The dedication and discipline the athletes have about their physiques and health is an inspiration for kids and young adults all around the world.

· Today, years after the attitude era, WWE shows are good clean fun that you can enjoy with the whole family. And I mean with the women in your family too.

Speaking of women, they are represented brilliantly in WWE. They are strong, independent and fantastic characters and help give young girls amazing role models. They speak about being comfortable with who you are irrespective of your size or shape and help young girls feel comfortable in their own skins. They give them something truly awesome to aspire to be.

The WWE works with some fantastic organisations worldwide and helps shed light on important issues like bullying in schools, breast cancer, Special Olympics and many other health and community related issues. These campaigns help kids learn about problems in the society at a very young age and make them more empathetic towards other kids suffering from such issues.

The show helps kids truly understand diversity, inclusiveness, camaraderie and the importance of hard work. And very often kids make lifelong friends with other kids who share their passion for WWE too.

WWE Superstars travel around the world to spread these messages that I’ve talked about. I can testify from personal experience that even the meanest in-ring superstars are actually some of the nicest people you’ll meet in person.

The most important thing the WWE can teach kids is that if you work really hard you can truly achieve your dreams and live your very best life.

So after all this, I think that while there is a fair amount of violence on the show, and come on, tell me a cartoon or a movie that doesn’t have just as much violence, it is a great show to watch with your kids and get lost in the pageantry and fun of professional wrestling. Wouldn’t you agree?

(The writer is a singer-his debut album Mumbai Blues won the GIMA Award for Best Rock Album in 2015-hosts his own talk show-The MJ Show and does live Hindi commentary for WWE. Follow him on twitter @mihirjoshimusic)