Pregnancy progress! Stassi Schroeder pulled up her shirt to show off her bare baby bump on her Tuesday, July 14, Instagram Story.

“Now if only I could gain this in my bum,” the Vanderpump Rules alum, 32, jokingly captioned the mirror selfie. 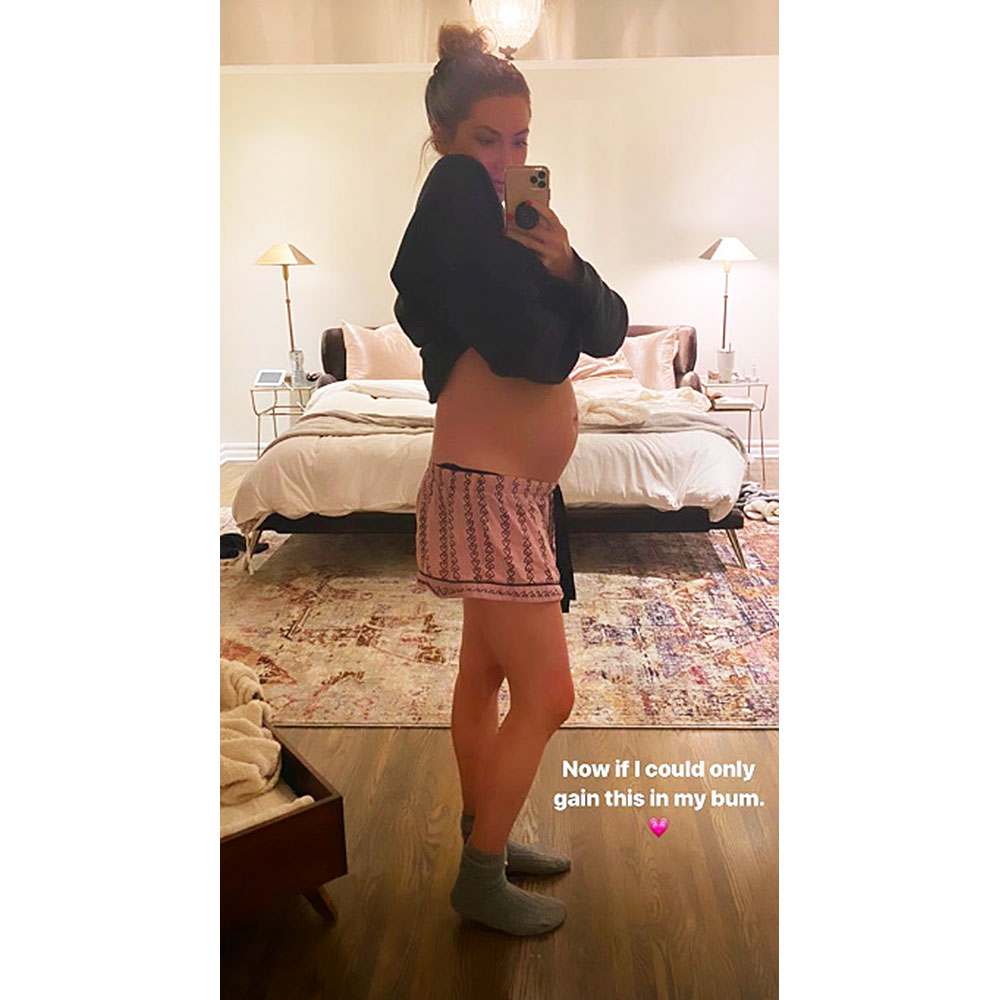 Us Weekly broke the news in June that the former reality star is pregnant with her and her fiancé Beau Clark’s first child. The Louisiana native revealed the sex of her baby-to-be later that same month.

“We’re having a baby girl,” the Next Level Basic author wrote via Instagram at the time. Clark kissed her cheek in the photo, holding an “#OOTD” onesie while Schroeder cradled her budding belly in a pink dress.

The commercial casting director, 40, shared the same shot on his own account, writing, “I was raised by great women, and the lessons I learned from them I’ll FW to my daughter and then some! She will be great, powerful, humble, kind, loving, compassionate and a dash from Kesha.  ‘She’ll be a motherf–king WOMAN!!!’  #thankful.”

He and the former “Straight Up With Stassi” podcast host got engaged in July 2019. One month prior to Clark’s proposal, his then-girlfriend exclusively told Us about their family plans.

“I know I want to be a mom, so I would rather get knocked up before I waited to have a wedding,” Schroeder said in June 2019. “It’s powerful to let women know, if that’s something that you want, you don’t have to wait to get married. You’re in charge of your own body and what you want in your own life.” 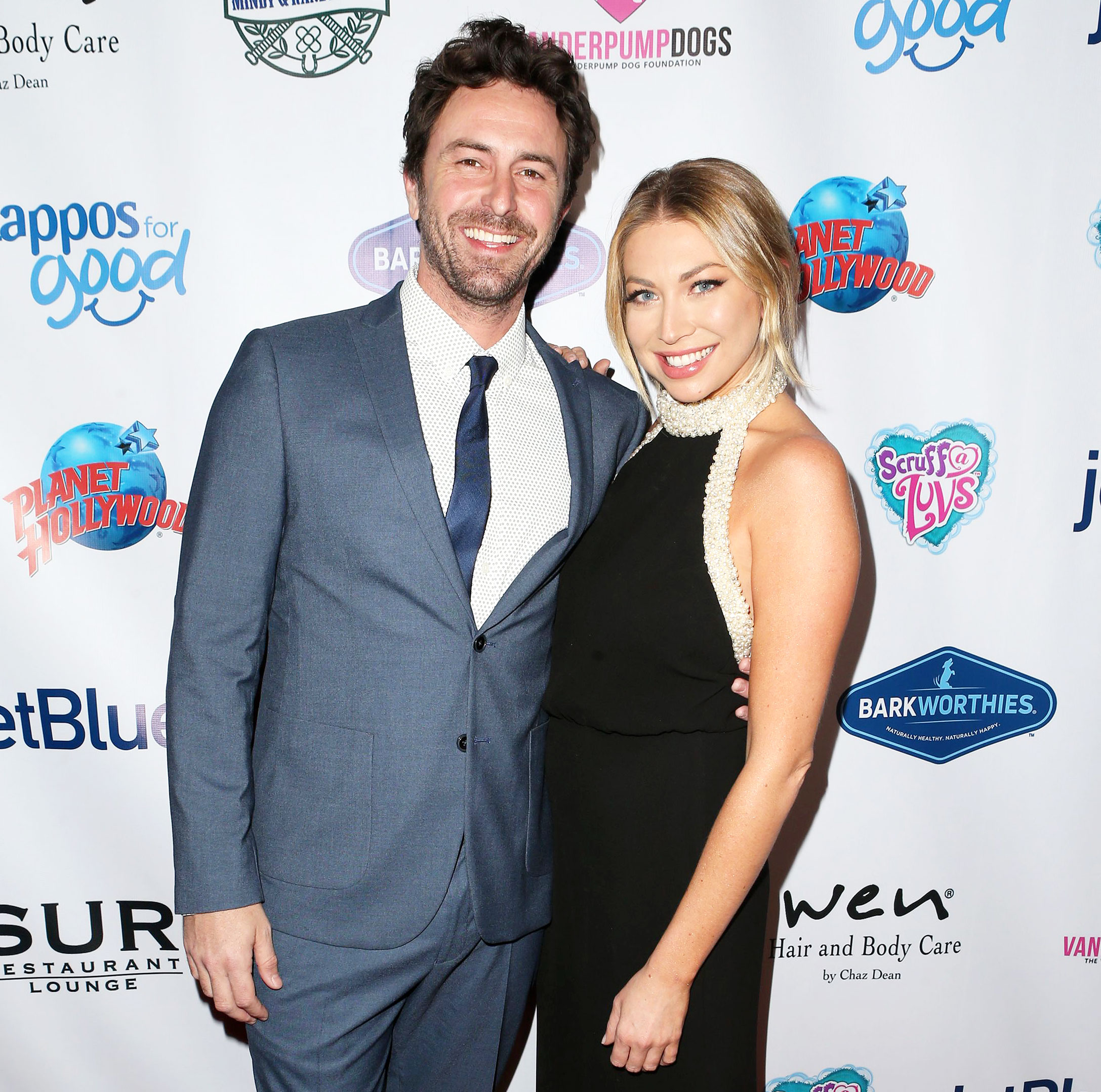 In June, the former Bravo personality was axed from Vanderpump Rules due to past racially insensitive comments, alongside Kristen Doute, Max Boyens and Brett Caprioni. Former costar Faith Stowers also called out Schroeder and Doute, 37, for falsely reporting her to the police in 2018 for a crime she did not commit.

“Stassi was not expecting to be fired,” a source exclusively told Us at the time. “She is surprised and upset.”

Another insider added, “Stassi does feel like she has lost everything she worked so hard for.”

The pregnant star is due in the first week of January.