Round three! Bar Refaeli announced that she and her husband, Adi Ezra, are expecting their third child.

In the model’s Thursday, June 20, Instagram video captioned, “OOPS I did it again,” TV host Assi Azar revealed that he is going to model for eyewear brand Carolina Lemke. But when he asked the 34-year-old to speak on their partnership, she simply said in Hebrew, “I’m pregnant.”

OOPS I did it again ??‍♀️ @carolinalemkeberlin.il

After asking the Sports Illustrated Swimsuit model whether she was telling the truth, the Beauty and the Baker creator, 40, smiled and hugged her. “Wasn’t she just pregnant a second ago?” he went on to say, according to the Jerusalem Post. “I’m so happy for her — if it’s true. She looks a little pregnant, she does. Why does she need three kids anyway?” 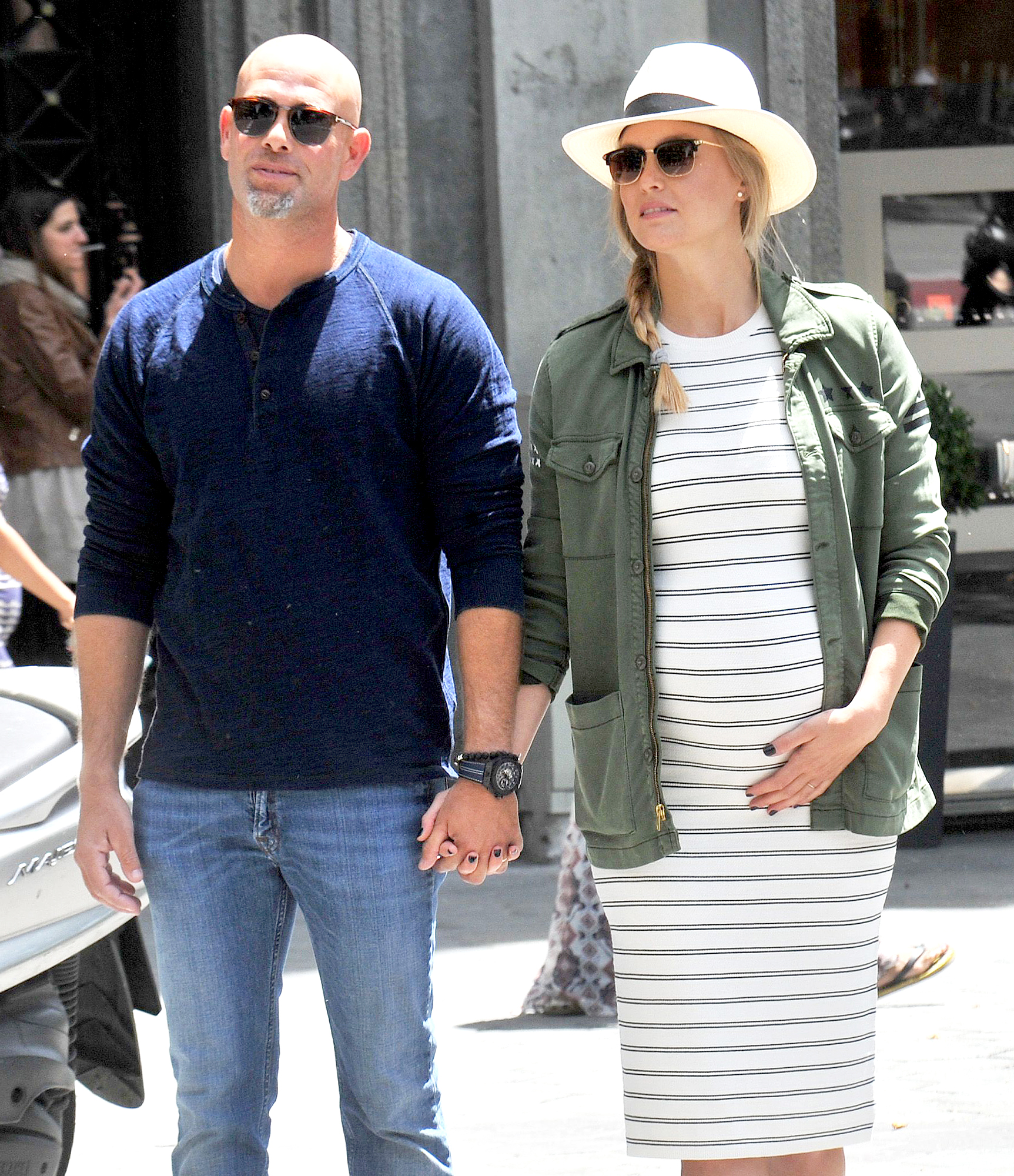 The supermodel announced her second pregnancy in March 2017 with an Instagram mirror selfie that showed off her baby bump. “Something’s cooking,” she captioned the social media upload.

Seven months later, Refaeli told Us Weekly in a statement, “Our hearts are full of love right now, as I am excited to announce I am a mom of two. We welcomed Liv’s little sister, Elle, into the world on Friday, October 20th at 20:50 pm, weighing 3 kilos. We are all happy, healthy and eager to start this new chapter in our lives.”

In January, news broke that the model, who dated Leonardo DiCaprio from 2005 to 2009, is expected to be indicted on multiple charges in Israel, including tax evasion, money laundering and perjury after being accused of hiding millions in income from tax officials in her home country.