“We have a healthy, BEAUTIFUL baby girl 6lbs, 13oz 20cm long,” Luyendyk. Jr. announced on his Instagram Story. “Mommy and baby are doing great, we are so incredibly happy.”

Us Weekly broke the news in November 2018 that the Bachelor alums were expecting their first child together.

“I kind of had a feeling that I might be pregnant. So my friend insisted on bringing a pregnancy test over,” the pregnant star, 27, told Us at the time, adding that her then-fiancé was the one to read the results. “Arie came out with the test in his hand and tears in his eyes. He was like, ‘You’re pregnant!’”

While the couple were initially told they had a baby boy on the way, they discovered in January that they were expecting a daughter. 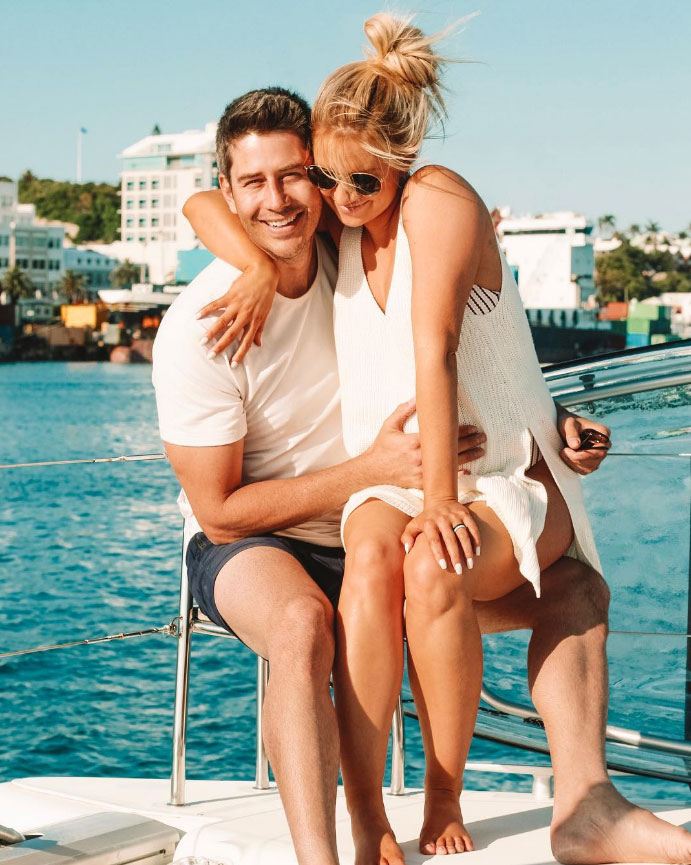 “I think, to be honest, in the beginning we were both hoping that we were having a girl,” Lauren told Us exclusively at the time. “I have a little brother, and he’s so sweet and I love him to death, but sometimes I don’t really understand why he acts that way he does. I’m feeling a lot more confident in being able to be a girl mom first!”

Arie added: “I won’t have to worry about putting that little boy into a racecar anytime soon.”

The Virginia native shared baby bump updates throughout her entire pregnancy, from her January wedding day in Hawaii to her April babymoon in the Bahamas.

She even gave baby shower guests a closer look at her daughter-to-be during her party that same month. The reality stars’ party included an ultrasound machine in the middle of the living room, linked to a TV, for all of the pregnant attendees to use.

“This little babe is loved,” Lauren captioned a photo of her husband cradling her budding belly at the baby bash.