Something to sing about! Alanis Morissette announced that she and her husband, rapper Mario “Souleye” Treadway, are expecting their third child together.

The singer, 44, shared her pregnancy news on Instagram on Monday, March 25. “So much NEWness,” she captioned the baby bump pic.

In the black-and-white photo, the Grammy winner sang into a microphone with headphones on, showing off her budding belly in a tight turtleneck. 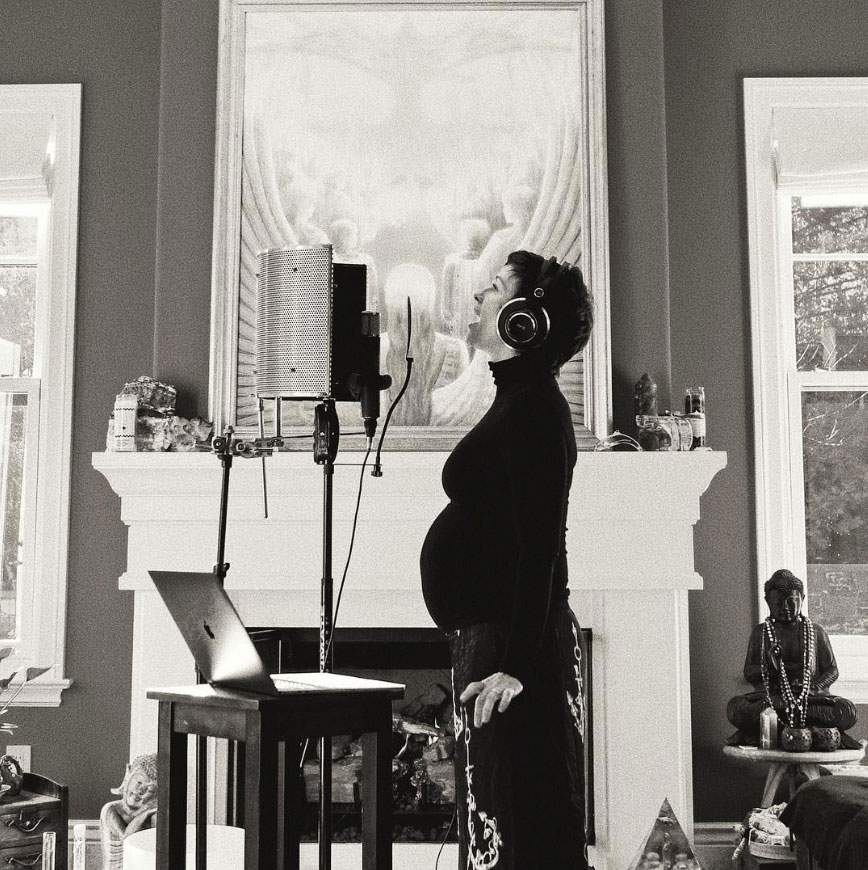 “She’s here,” the “Ironic” singer captioned a close-up photo of her infant at the time. “#beyondblessed.”

She gushed about her “amazing” son to Us Weekly exclusively in October 2016. “He’s just coming into his own,” she said at the time. “We’re having real bona fide philosophical conversations. About anything — about aliens, about the galaxy, about what God is, about animals. You just cross your fingers behind your back and you hope you don’t blow it.”

Just after welcoming him on Christmas Day in 2010, Morissette opened up about motherhood in an iVillage.com blog post.

“Life literally and figuratively moved through me that morning of Dec. 25,” she said of her son’s birth. “Yet another example of life’s unsentimental and ruthless way of shaking me awake to the direct experience of being human. I had no idea the person I’d always dreamed of becoming was being born at the exact same time.”