Adele is opening up about her divorce from businessman Simon Konecki and the upsetting impact it had on their almost 9-year-old son, in new interviews for Vogue and British Vogue.

The cover stories, published on October 7 for the outlets’ November issues, was a treat for both fans and the fashion brand — Adele hasn’t been interviewed by the media in five years and before now, the magazine has not run simultaneous stories about the same celeb. In both versions, Adele was candid about how divorce from Konecki influenced their son. The couple married in 2018 after dating since 2011 and welcomed their son Angelo in 2012.

“I was just going through the motions and I wasn’t happy,” Adele told Vogue of why her marriage ended in March. “Neither of us did anything wrong.” 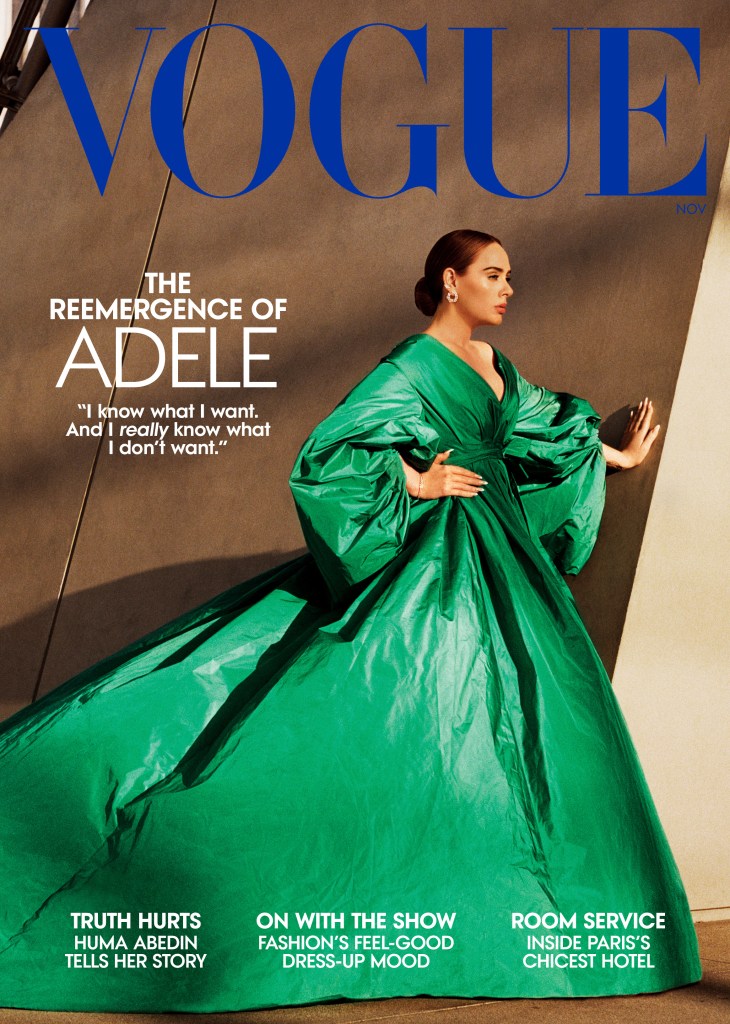 Therefore, the singer struggled to provide a sufficient explanation for Angelo. “He has so many simple questions for me that I can’t answer, because I don’t know the answer,” she told Vogue. “Like, Why can’t we still live together? That’s just not what people do when they get divorced. But why not? I’m like, I don’t fucking know. That’s not what society does. And: Why don’t you love my dad anymore? And I’d be like, I do love your dad. I’m just not in love. I can’t make that make sense to a nine-year-old.”

Adele added, “If I can reach the reason why I left, which was the pursuit of my own happiness, even though it made Angelo really unhappy—if I can find that happiness and he sees me in that happiness, then maybe I’ll be able to forgive myself for it.”

Currently, Simon lives across the street from Adele and Angelo and the trio spends time together as a family frequently. Not that the public knows what was going on. “We kept it to ourselves for a very long time,” Adele told British Vogue. “We had to take our time because there was a child involved. It would always be like, ‘Where’s Adele? Oh, she’s working’, or ‘Where’s Simon? He’s in England.’”

Still, the former couple is incredibly close, even with Adele dating sports agent Rich Paul (the couple became “Instagram Official” on September 19). Of Konecki, Adele told British Vogue, “I’d trust him with my life” adding, “I definitely chose the perfect person to have my child with.”

These celebrity moms may use weed to help them with that daily juggle.