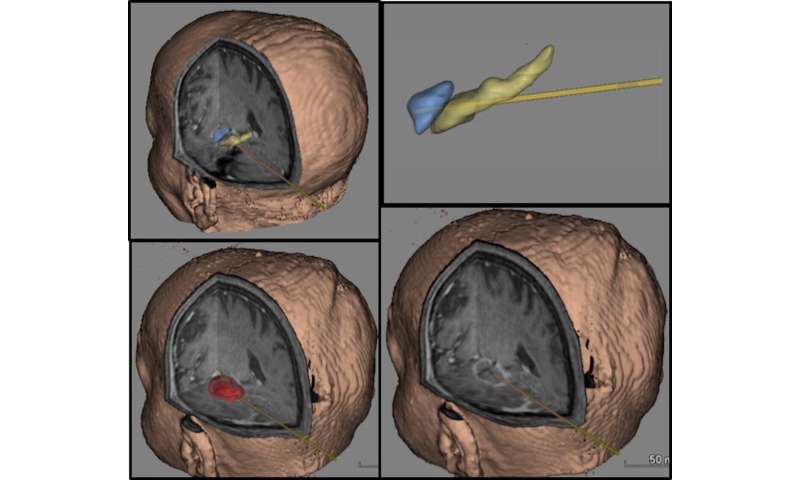 There is an estimated 2.4 million people diagnosed with epilepsy each year, according to the World Health Organization. Some types of epileptic seizure can be essentially cured by open surgery for patients who don’t respond to medical therapy, but it comes with risks and a longer recovery. In the largest study of its kind to date, researchers across 11 centers analyzed data on a relatively new minimally invasive alternative surgery for epilepsy, and discovered changes that could make the procedure more effective in both laser ablation and standard surgery.

“The field hasn’t had a unified approach to laser ablation surgery for epilepsy,” says corresponding author, neurosurgeon Chengyuan Wu, MD, Associate Professor in the Department of Neurological Surgery at Jefferson (Philadelphia University + Thomas Jefferson University) and the Vickie & Jack Farber Institute for Neuroscience—Jefferson Health. “With this study, we were able to answer the question: ‘How much ablation is enough, how much is too much, and exactly where should we be targeting?'”

The researchers, including co-first authors from the University of Miami, Jackson Memorial Hospital and Vanderbilt University analyzed the charts and images of 234 patients who underwent laser ablation therapy for epilepsy in 11 centers across the United States. During the procedure, a small laser catheter is placed under MRI-guidance in the part of the brain felt to be responsible for the patient’s epilepsy. Surgeons then deliver precise pulses of laser ablation to that particular region until the tissue is eliminated, in order to prevent further seizure. “The procedure has effects similar to open-brain surgery, which removes part of the brain,” says Dr. Wu. “But there’s significantly less trauma to the surrounding brain tissue with this approach.”

The researchers examined the MRI scans of all patients in the study in order to determine the most effective areas to ablate for best outcomes, which are defined as seizure-free survival one or two years after surgery. The results were published in the journal Epilepsia.

Dr. Wu and colleagues established that targeting the amygdala, as well as the hippocampal head, the parahippocampal gyrus, and the rhinal cortices—all in the central regions of the brain—improved seizure-free outcomes for patients, with minimal side effects. The overall rate of patients who were seizure-free after laser ablation surgery across the 11 centers was 58 percent. But when looking only at the procedures that targeted the optimal locations, that rate of seizure freedom was significantly higher.

“This is the first time we’ve been able to critically analyze the precise areas of the brain that give us the best seizure control across multiple epilepsy centers—both in minimally invasive or open surgery,” said Dr. Wu. “Because brains shift during open surgery, we haven’t been able to accurately examine exactly which brain regions were essential to remove to reduce seizures, and which were excessive. In terms of 3-D analysis, it’s never been done before.”