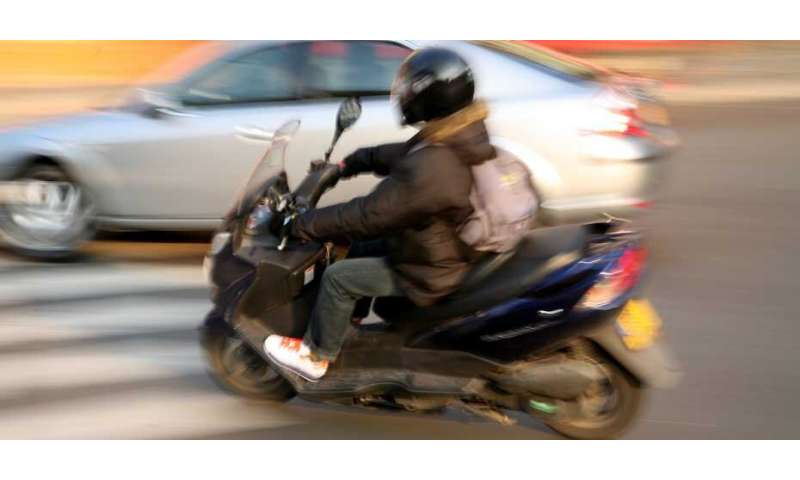 Researchers at ETH Zurich have shown for the first time that selective release of the neurotransmitter noradrenaline reconfigures communication between large-scale networks in the brain. Their findings provide insights into rapid neural processes that occur in the brain during stressful situations.

In moments of acute stress—for example, a life-threatening situation in road traffic—our brain has just a split second to react. It focuses attention on the most important environmental cues in order to make life-or-death decisions in fractions of a second. To accomplish this, efficient communication needs to be quickly established between various areas of the brain by forming so-called functional networks.

How the brain guides these rapid processes has been thus far unclear. Tests on humans suggested a major role for the neurotransmitter noradrenaline (also called norepinephrine), which the brain releases in large quantities during stressful situations. However, it is not possible to directly examine this theory in people, because noradrenaline release cannot be selectively manipulated.

Two ETH Zurich research teams, headed by Johannes Bohacek and Nicole Wenderoth, joined forces to crack this difficult problem. Animal tests allowed the researchers to prove for the first time that a release of noradrenaline was itself enough to connect various regions of the brain very quickly. In these tests, the scientists applied the latest genetic tricks to stimulate a tiny center in the mouse brain: the locus coeruleus, which supplies the entire brain with noradrenaline.

The scientists were astonished by the results: selective noradrenaline release re-wired the connectivity patterns between different brain regions in a way that was extremely similar to the changes observed in humans exposed to acute stress. Networks that process sensory stimuli, such as the visual and auditory center of the brain, exhibited the strongest increase in activity. A similar rise in activity was observed in the amygdala network, which is associated with states of anxiety.

Valerio Zerbi, first author of the published study and an expert on MRI techniques in mice, was astounded: “I couldn’t believe that we were seeing such strong effects.” In addition, the researchers were able to demonstrate that areas of the brain with a particularly strong response to the stress-like release of noradrenaline also have a high number of specific receptors for detecting it.