Scientific interest reawakened after a national commission to investigate the health of human beings who had undergone such surgeries reported that no deficits in psychological health could be traced to the procedure itself, and on the other hand, it had an efficacy of over 50% (which was impressive compared to the general unreliability of most therapies then available).

Ethical issues such as the abuse of this in ethnic minorities for the purpose of social control were disproved. The more recent innovations in surgical procedure, such as cingulotomy, continued to bring out good results including all-round improvement, with better intelligence and verbal skills.

In the most recent series of studies, at least 25% and up to 60% have a good outcome if the diagnosis is soundly based and appropriate methods are available. Despite this evidence, many national psychiatric associations oppose its clinical use. 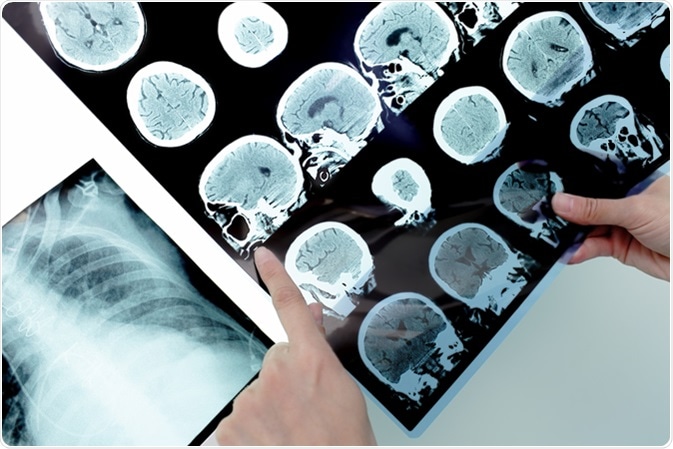 One major reason for the recent controversy surrounding psychosurgery is that its theoretical foundation has not been elucidated. Recent evidence from imaging and physiological studies seem to suggest that the limbic system is involved in mood disorders, anxiety disorders and obsessive-compulsive disorders, via its circuits to the basal ganglia and forebrain.

The anterior cingulum is within this system, and stimulating this area produces changes in autonomic and anxiety responses. Other findings include altered glucose metabolism. Further study is needed to explain exactly how these observed changes correlate with the final psychiatric manifestations, with respect to the neurochemical and neuroanatomical disturbances involved.

This may help to convince skeptics of the medical benefits of this branch of treatment in a selected group of patients who are refractory to conventional therapies and remain severely handicapped by their disease as a result.

A prerequisite would be that the diagnosis has been made accurately, and that the duration, intensity and steps of pharmacological and behavioral intervention therapy should be determined beforehand so as to define what adequate trial of medical treatment means in these cases, before considering neurosurgical intervention. This will prevent the abuse of this modality and help in the accurate comparison of outcomes for several diverse conditions.

At present, only patients who have chronic disease which has lasted for several years already, as well as disease which is severe enough to disable them, are eligible for such treatment. Even so, only about 25-30 patients are known to undergo such neurosurgery each year in the developed world. These are mostly patients with major affective disorder, chronic anxiety states and obsessive-compulsive disorder, though psychiatric disorders and a history of psychoactive substance abuse contraindicate such surgery. Informed consent is mandatory, as is a unanimous decision among all physicians involved in the patient’s care.

The procedures performed today are stereotactic, safe, well-tolerated and associated with minimal complications. Either coagulation or cryosurgery is used to produce numerous small lesions in the area through which the target area is to be disconnected from the rest of the brain. They comprise four types:

The effectiveness of limbic neurosurgery lies between 50% and 78% depending upon the specific disorder and the procedure used. Cingulotomy is most common in the US compared to anterior capsulotomy and limbic leucotomy in European centers.

It is important to ensure adequate rehabilitation after surgery, as the latter is only a part of the management of these patients. This may take years and require the devoted services of a trained person to be successful, beginning with simple retraining in physical skills and going on to full social rehabilitation, especially for people who have been institutionalized for years.

In conclusion, psychosurgery seems to be an important alternative for disabling and chronic affective and anxiety disorders as well as intractable OCD. Prospective trials to confirm its beneficial outcomes in carefully selected patients, as well as clinical regulations to prevent its indiscriminate use, will go far in helping to make it more widely available and acceptable for those most in need of it. The way forward may lie in stimulatory techniques such as deep brain stimulation and vagal stimulation in distinction to ablative techniques, which result in the inhibition of function of the stimulated areas. This may be useful in severe and resistant depression which can be treated by modulating the activity of certain selected areas reversibly, with the advantage that the degree and intensity of stimulation can be altered based upon the clinical outcome observed, until the desired results are obtained. This is in contrast to the permanent nature of earlier psychosurgeries and their often-dangerous side effects such as loss of voluntary activity and personality changes.

This treatment modality can relieve purposeless, disabling and intractable mental and/or physical suffering in diseases which run the gamut from malignancy-related pain to resistant neuroses in anxious patients. This suffering may manifest as complaints of personal distress, as altered behavior, or as abnormalities of the autonomic system such as tachycardia and dry tongue.

The most obvious disadvantage to this modality of treatment is the associated risk of uninhibition of personality. It is also not suitable for those who abuse drugs or other substances, as well as those who already have criminal or psychopathic traits of any kind, as in such individuals the surgery may cause any sense of responsibility or guilt to vanish and let loose a true terrorist upon society. Prior brain damage or lesions are also a contraindication.

Thus, psychosurgery is a worthwhile operation in truly indicated patients who would otherwise be disabled or be at an extremely high risk of suicide. But the physician has the great responsibility to discern which these cases are, in view of the loss of some very important human personality traits.

This means those patients alone who are emotionally strung to an unbearable pitch by their psychiatric condition, without relief from other therapies, are valid subjects for this form of treatment, and in them, personal and intensive rehabilitation is a must to achieve the intended benefits of the surgery.