Atransferrinemia is a very rare genetic disorder and is sometimes also known as congenital or hereditary atransferrinemia. It is defined by the lack of healthy, functional red blood cells in the blood (hypochromic, microcytic anemia) and an excess iron build-up in the body (hemosiderosis). The severity of anemia, as well as the quantity of iron accumulation in the body and the organs affected, might alter the symptoms. 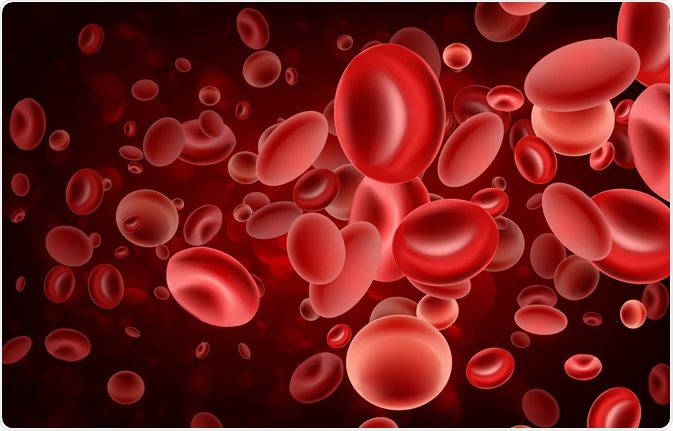 Mutations in the transferrin (TF) gene cause atransferrinemia. It is passed down through the generations as an autosomal recessive characteristic. When an individual receives the same faulty gene for the same trait from both parents, they are said to have recessive genetic diseases. With each pregnancy, there is a 25% chance that two carrier parents will pass on the faulty gene and, as a result, have an afflicted child. Both males and females are equally at risk to develop the disorder.

Atransferrinemia symptoms and severity differ from person to person, depending on the location and extent of iron deposition in the body. Severe microcytic hypochromic anemia, characterized by unusually small red cells (erythrocytes) that are insufficiently packed with hemoglobin, is common in those who are affected.

Pallor and weariness are possible symptoms of microcytic hypochromic anemia. Some people with this condition may have a slightly enlarged liver (hepatomegaly). The liver, heart, joints, pancreas, kidneys, and thyroid are all affected by atransferrinemia.

Iron accumulation can harm affected organs, causing cirrhosis, arthritis, hypothyroidism (underactive thyroid), and cardiac problems. Affected people can develop life-threatening problems such as pneumonia or a decreased ability to circulate blood to the lungs and the rest of the body, resulting in fluid build-up in the heart, lungs, and other bodily parts (congestive heart failure).

The transferrin (TF) gene is found at band 21 on chromosome 3's long arm (q), according to researchers (3q21). The TF gene encodes instructions for making transferrin, a protein. This protein is required for adequate iron transport inside the body.

The absence of transferrin causes the body to be unable to transmit iron to immature red cells in the bone marrow, according to research. The body's inability to supply iron to these immature cells produces a large increase in iron absorption in the intestines, resulting in the iron overload that defines atransferrinemia.

Atransferrinemia is diagnosed based on the presence of specific symptoms, a complete patient history, a thorough clinical evaluation, and a variety of specialist testing. Low or undetectable quantities of transferrin in the blood can be revealed by laboratory tests. Laboratory tests that show anemia and a serum TF level of less than 35mg/dl are used to make the diagnosis.

In some circumstances, clinical examination may reveal an enlarged liver due to hemosiderosis. A mutation in the TF gene can be detected via molecular genetic testing, validating the diagnosis. Other disorders that appear with hypotransferrinemia, (such as GRACILE syndrome, nephrotic syndromes) and chronic drinking in adults, are included in the differential diagnoses. For at-risk pregnancies, prenatal diagnosis necessitates the discovery of disease-causing mutations in the family. Genetic counseling is offered for congenital atransferrinemia.

Congenital atransferrinemia has no known treatment. The treatment for atransferrinemia focuses on the specific symptoms that each person experiences. Monthly phlebotomies are frequently followed by whole plasma or pure apotransferrin infusions, which remove excess iron and replace TF levels, allowing for optimal hemoglobin synthesis.

Affected people have received plasma or a urified version of transferrin (apotransferrin) infusions, which have helped to alleviate some of the disorder's symptoms (such as anemia and growth deficits). Treatment usually lasts for the rest of the patient's life involving regular visits to the doctor.

Because the liver produces the majority of transferrin, liver transplantation could theoretically provide a cure; however, no such cases have been observed. Iron toxicity to tissues, rather than anemia, is the main cause of sickness in long-term survival with atransferrinemia. Approaches to releasing extra bodily iron reserves haven't been thoroughly researched. Symptomatic and supportive treatment is the other option.

During her time at AZoNetwork, Emily has interviewed over 200 leading experts in all areas of science and healthcare including the World Health Organization and the United Nations. She loves being at the forefront of exciting new research and sharing science stories with thought leaders all over the world.