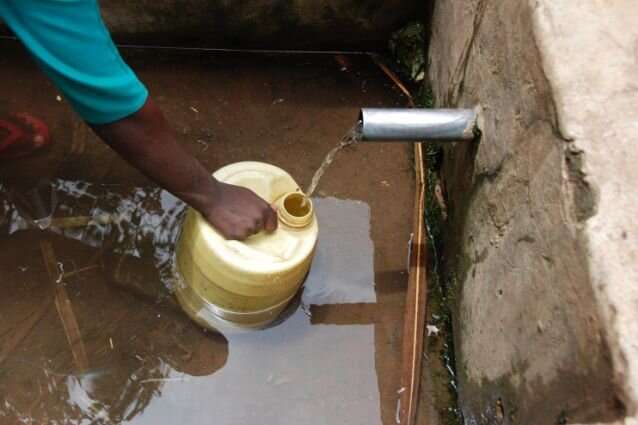 Roundworm infections can be reduced significantly simply by improving the treatment and quality of drinking water in high risk regions, according to an international team of researchers led by Tufts University.

The discovery emerged from a two-year study, published in PloS Medicine, which examined the effects of water quality, sanitation, handwashing and nutritional interventions on rates of intestinal worm and Giardia infections in rural Kenya. Water treatment alone was sufficient to cause an 18 percent reduction in infection rates in roundworm (Ascaris) infections; the reduction was 22 percent when water treatment was combined with improved sanitation and handwashing with soap. None of the interventions reduced the prevalence of Giardia infections among the young children studied.

Intestinal worm and protozoan infections affect more than 1 billion children worldwide and are associated with stunted growth and impaired cognitive development. These parasites often reside in the soil and contaminated drinking water or fecal-contaminated surfaces and lead to common infections in children in low resource settings. High re-infection rates have prevented school-based mass drug administration programs from controlling the transmission of these parasitic infections. The study authors hypothesized that improved water quality, sanitation, hygiene and/or nutrition could interrupt the environmental transmission of parasites, but few trials evaluating these interventions have measured actual infections as an outcome. In contrast to aggressive medical treatment programs, the water treatment, sanitation, and handwashing approaches represent a sustainable approach to disease control.

“Out of all the interventions we tested, we were extremely surprised that water treatment appeared to be the most effective at reducing roundworm infections. Water treatment is a relatively unexplored strategy for intestinal worm control,” said Amy Pickering, assistant professor of civil and environmental engineering at Tufts University, and first author of the study. “At least 800 million people in the world are infected by roundworm (Ascaris lumbricoides), so even a relative reduction of 18 percent from water treatment interventions could have a major beneficial impact. Our study also suggests that water treatment could complement large-scale deworming medication delivery programs in the global effort to eliminate roundworm infections.”

With reinfection rates reaching 94 percent after deworming treatment for roundworm infection, a combined approach of mass drug administration and environmental controls (water, sanitation, hygiene) could be critical to gaining an upper hand on these endemic infections, the researchers say.

The study was conducted with the help of an international team of researchers from eight organizations around the world. In addition to Pickering, other authors from Tufts University included graduate students Marlene Wolfe and Jenna Swarthout, both of the Department of Civil and Environmental Engineering.