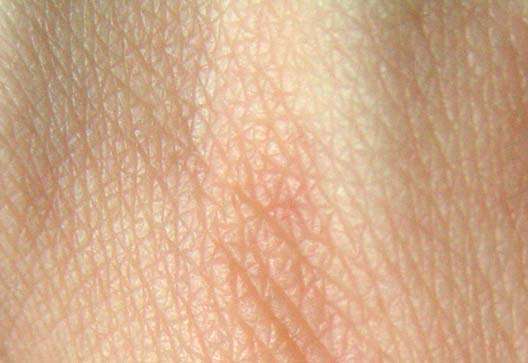 Applying strips of adhesive tape to skin lesions and non-lesional skin is a non-invasive way to obtain biomarkers to track the severity of early-onset pediatric eczema or atopic dermatitis (AD) in infants and young children, researchers report for the first time. The study, titled “Use of Tape Strips to Detect Immune and Barrier Abnormalities In Early Onset Pediatric Atopic Dermatitis” and led by researchers at the Icahn School of Medicine at Mount Sinai and Northwestern University’s Feinberg School of Medicine, was published online today in JAMA Dermatology.

According to the lead author of the paper, Emma Guttman-Yassky, MD, Ph.D., Sol and Clara Kest Professor and Vice Chair of Dermatology, and Professor of Immunology, at the Icahn School of Medicine, this is the first study to provide a broad characterization of immune and barrier abnormalities in the skin of children with early-onset eczema, those aged five and under who have had eczema for less than six months.

“Up until now, skin tissue biopsies have been considered the gold standard for evaluating dysregulation in lesional and non-lesional AD/eczema skin,” said Dr. Guttman-Yassky. “Therefore, it has been crucial to understand whether profiling of the tiny amounts of RNA obtained from the outer layers of the skin using tape strips can accurately yield key biomarkers for AD.”

Dr. Guttman-Yassky and her team of researchers at the Icahn School of Medicine at Mount Sinai discovered that tape strips applied several times to the same skin areas provide a perfect classifier to discriminate between early-onset AD skin and normal pediatric skin, including biomarkers pathogenically linked to AD. “This work can be highly informative for longitudinal studies in infants and children and in clinical trials for both children and adults,” said Dr. Guttman-Yassky, whose past revolutionary research on AD/eczema focused on the mechanism underlying the disease and promoted development of targeted therapeutics for eczema, and who has identified biomarkers to track improvement with current treatments for the disease.

Atopic dermatitis is an inflammatory, extremely itchy skin disorder that affects 10 to 20 percent of children in the United States and more than 31 million adults.

Amy S. Paller, MD, Walter J. Hamlin Professor and Chair of Dermatology at Northwestern and a senior author, said, “While skin biopsies are simple to perform in adults as a way to obtain skin to assess for biomarkers that allow prediction of course and responses to targeted medications, they are nearly impossible to obtain in children, especially small children. We have now demonstrated that tape strips can be used to obtain skin for quantifying expression of numerous genes that are important markers of both immune and barrier function in AD in young children.”

The researchers investigated a total of 51 children younger than five, some with moderate to severe eczema and others without eczema, from an outpatient dermatology clinic at a children’s hospital. Sixteen tape strips were collected from each of the skin of 21 lesional and non-lesional children who had AD and were less than six months from disease initiation, and from the skin of 30 normal children who did not have AD, between January 2016 and April 2018. Gene and protein expression were then evaluated using real-time polymerase chain reaction and immunohistochemistory.

Said Dr. Guttman-Yassky, “Being able to noninvasively collect skin in children for this study paves the way for future studies to better understand a wide variety of skin disorders as well as to start identifying markers to predict course, comorbidities, and treatment response in prospective studies.”

Additionally, the same tape strips can be used for collection and analysis of the skin microbiome (bacterial and viral inhabitants of the skin’s surface), allowing investigations that compare changes in the skin microbial population and gene/protein changes.