Depression in childhood affects 1-2% of very young children, and 5-8% of adolescents. It manifests as symptoms which may not be immediately recognizable as depressive features: 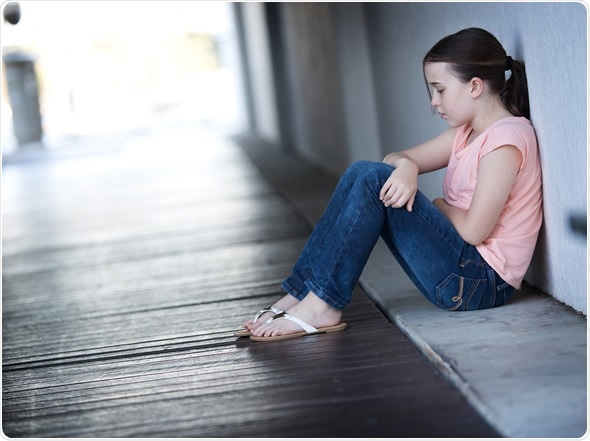 The treatment of depression in childhood is still being defined because most therapies were developed on the basis of adult depression. Treatment is most beneficial when multiple disciplines are used, such as psychotherapy, medication and family counseling.

Also called talk therapy, this approach to treatment includes a host of therapies including:

The approach used, depends on the level of emotional development and thinking of the individual child with depression.

Only a few drugs are approved for the treatment of depression in children. Prozac (fluoxetine) and Lexapro (escitalopram) are the most commonly prescribed medications for childhood depression. Antidepressants are known to increase the risk of suicidal thoughts in patients who start taking them, over the first few weeks. Thus it is required that all patients who are placed on these drugs should be carefully watched for three months.

Prozac is suitable for use in children of 8 or over, while Lexapro is prescribed only for children over 12 years.

Tricyclic antidepressants have been the most used drugs in childhood depression. While early studies claimed a dramatic improvement of symptoms in up to 80% of treated children, this was later found to be largely due to a placebo effect. That is, children respond to anything they perceive to be a medication whether or not it is effective. The commonly used tricyclic antidepressants include:

In addition to doubtful efficacy, tricyclic antidepressants are associated with undesirable and potentially dangerous side effects such as cardiotoxicity and anticholinergic effects. Alterations of heart rate or arrhythmias occur mostly following an overdose, and are often fatal. Their narrow margin of safety has pushed them down in the list of medications used to treat childhood depression. However, they may be superior in the treatment of depressed children who also have enuresis or attention-deficit hyperactivity disorder, because of their good track record in these conditions. They are not generally used for children with structural or rhythm disorders of the heart.

Though these medications have not proved to be more effective than tricyclic antidepressants, their safety profile is more reassuring. For this reason, they are often used as first-line therapy in childhood depression. Again, they may be preferred in children suffering from depression who also have anxiety or obsessive-compulsive disorder (OCD), since they work well with these and so reduce the number of medications required.

When should children with depression be referred?

When children present with severe depression as, for instance, with psychotic symptoms, fixed suicidal ideas, or not responsive to treatment, they need urgent referral for specialist psychiatric care. Again, very young patients should probably be referred, as should children with other coexisting psychological disorders.