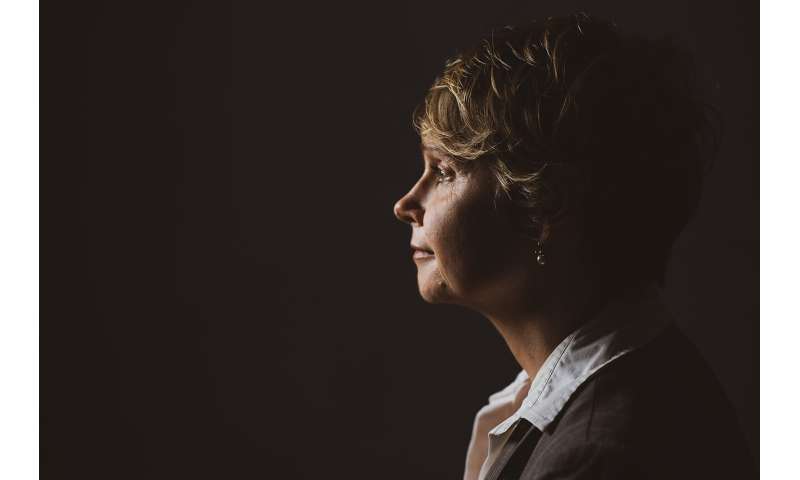 It was April 1999 when the mass shooting at Columbine High School in Colorado shocked a nation. Video of students desperately sprinting from the school to safety under the watch of armed police flooded televisions across the nation.

Images from such events and thoughts of the people who died can trigger strong emotions for people to deal with, whether it’s two decades ago or 14 months ago, when the Stoneman Douglas High School shootings took place in Parkland, Florida.

“In terms of mass shootings, grief doesn’t just end,” said Heather Servaty-Seib, a Purdue professor who researches grief and loss. “You don’t have to know someone directly involved to still be seriously affected by it.”

Servaty-Seib is a professor in counseling psychology in the College of Education, who leads the grief and loss research team at Purdue University. Her work illuminates the various ways in which individuals experience and cope with grief.

While grief does not truly end, she said, long-lasting reactions regarding the Columbine deaths could be connected to the shock value the incident carried with it.

“Columbine was the first of these school shootings where people lived it in real time,” Servaty-Seib said. “There was extensive coverage on TV with overhead views of the school while the tragedy was in progress. Society really had not experienced that kind of situation so up-close. The intensity for that was extremely high.”

Many consider the Columbine shootings as the first in what has become a long line of mass shootings, not only at schools but also at a variety of other public locations. In fact, there were almost 20 mass shootings in the decade before Columbine, with at least four happening at schools.

Intense coverage of school shootings continues today and can create a feeling of closeness in different ways. Aside from physically living near a shooting, people across the nation can feel a “closeness by association” to those killed because the shooting happens in schools – usually considered a safe place in the minds of most, she said.

An editorial board member on four national or international journals in her field, Servaty-Seib has worked with the grief and loss research team to develop the Perceived Impact of Life Events Scale, an instrument that uses a gain/loss approach to assess the multidimensional impact of single-life events.

Using a framework of gains and losses, she aims to encourage people to think and talk about death, dying, grief and loss on individual, institutional and societal levels.

Her more recent published work has included research on creating bereavement leave policies for college students and investigating non-suicidal self-injury by college students with or without a history of parental absence.

For Servaty-Seib, grief reactions years later in connection to a mass shooting like Columbine are not bad or a sign of weakness.

“When events occur more, we know that people can become less surprised, less shocked,” she said. “That’s a concern, because I think we need to be affected. They are horrific and the idea that we would be less shocked would be troubling.

“It’s important to pause when these shooting situations occur and allow yourself to be affected but not to overexpose yourself to the reports on the violence, which can lead to vicarious trauma.”

A key aspect connected to mass shootings is how preventable these acts seem. It can be unsettling for someone to believe a certain person or entity could have prevented the deaths of several people.

“Most of the work I do on my team is with college students, but even the research we’ve done clearly indicates the impact of perceived preventability on subsequent grief reactions,” Servaty-Seib said. “Considering preventability adds layers to the thinking and the sense-making of the occurrence itself.

“Making sense of something like this can be difficult when someone believes it shouldn’t have happened because it could have been stopped,” she said.

Whether it’s the deaths at Columbine or the most recent school shooting in Parkland, Florida, Servaty-Seib said communication with people close to you can help sort out the grief reactions (e.g., emotions, thoughts, physical complaints) connected to the incidents.