There are hundreds of different types of mental (or psychiatric) disorders as characterized and defined by the DSM and ICD. Many disorders are under specific categories including (but not limited to): 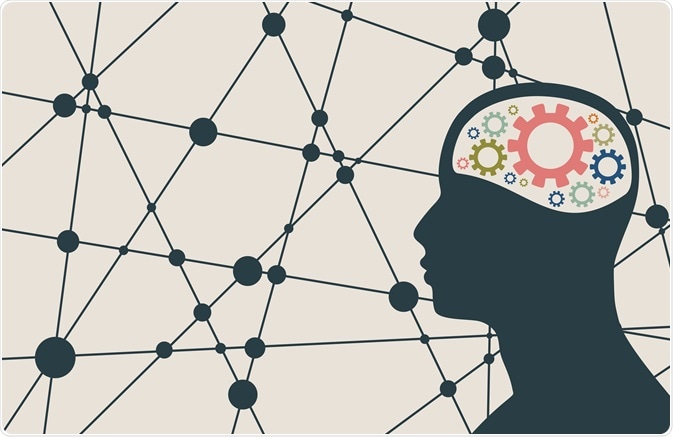 Within these categories, specific disorders include (to name a few examples):

No one psychiatric or mental disorder has a full 100% genetic basis or heritability, and many environmental factors may strongly influence the likelihood of developing a particular disorder or not – despite the presence or absence of genetic elements. Many of these disorders, therefore, have multifactorial causes – some genetic and some environmental.

In this article, only those disorders with a strong genetic basis will be highlighted. A large proportion of mental disorders do have a high degree of heritability – that is that the risk of having a disorder if another family member has it significantly increases. Independent of that, there may be specific genetic mutations or polymorphisms that may predispose individuals to a higher risk of mental disorder without a family history.

Genetic mutations, polymorphisms or epigenetic changes (that will be discussed below) can alter the development of the brain in a way that changes the typical wiring of the brain. As such, mental disorders can arise at any point in life e.g., from birth – such as ASD, or later in life in combination with environmental triggers – such as bipolar disorder. These predispositions may lower the threshold required for mental disorders to begin in adults compared to “neurotypical” individuals.

One of the most highly genetically inherited psychiatric disorders is bipolar disorder which may affect as much as 1-4% of the population. Bipolar disorder is characterized by periods of depression followed by periods of abnormally elevated mood (mania/hypomania). Whilst environmental factors are known to be important causes of bipolar disorder, it is estimated that around 70-90% of all cases are attributed to genetic factors.

Specific genetic mutations or polymorphisms (SNPs) within CACNA1C, ODZ4, TRANK1, GNG2, ANK3, TPH2, ITPR2, SHANK2, & NCAN have been identified in genetic studies as candidates for increasing the likelihood of developing bipolar disorder. These may either be directly inherited from parents or form de novo during development.

Schizophrenia is thought to have up to 70-80% genetic heritability. Like bipolar disorder, having a first-degree relative with the disorder drastically increases the risk of developing schizophrenia later in life – though environmental factors are also incredibly important. However, separating whether this is due to genetic causes or shared environmental conditions is difficult. The cumulative effect of multiple inherited or de novo mutations/polymorphisms in combination with environmental triggers can increase the risk of developing schizophrenia.

For example, copy number variants (CNVs) involved in DiGeorge syndrome (22q11.2) which includes deletions of around 50 genes including COMT and 17q12 microdeletion syndrome are highly associated with an increased risk of developing schizophrenia – but are also prevalently associated comorbidly with ASD and other intellectual disabilities. Other specific genetic mutations implicated in schizophrenia include genetic disruptions to LAMA2, SETD1A, DPYD, TRRAP, TAF13, ARC & VPS39.

Perhaps the most widely known genetic cause of schizophrenia is DISC1 (disrupted in schizophrenia 1), identified in a Scottish family who had schizophrenia and subsequently other families including in America. However, subsequent GWAS studies have not shown any strong associations between DISC1 and schizophrenia, often with mixed results. Whist DISC1 may not be a commonly implicated gene in GWAS studies, it does still show specific mutation level effects in specific families with schizophrenia e.g., 1q43:11q14 translocation.

ASD is a neurodevelopmental disorder usually present from birth. Specific genes have been implicated in ASD including MECP2, SHANK1-3, CACN1E/B2, NRXN, SYNGAP1, UBE3A, KCNQ2/3/5, SCNA2 & SYN1/3 to name a few common examples. Many of these genes are related to specific ion channels and synapses thus suggesting abnormal synaptic and neural network development. It is therefore unsurprising that depending on what genes are implicated (and what mutations occur), there is a large degree of clinical and genetic heterogeneity in ASD owing to such a diverse plethora of genetic mutations in ASD.

Many mutations, polymorphisms and epigenetic changes that occur in ASD, also occur in bipolar disorder and schizophrenia as well as other mental disorders (cross disorder association). These genes that can have a broad impact and multiple effects from a single gene are called pleiotropic genes. Some of these genes seem to be implicated highly in all of these disorders, including CACNA1C (or related calcium channel genes such as CACNB2), reflecting the common pathogenesis of abnormal synaptic development.

There are numerous candidates that have been identified in genetic screening studies; however, a notable example includes DCC (SNP rs8084351). The protein product of DCC has a role in axonal growth during neurodevelopment which serves as a key regulator of white matter projections in the developing brain. Loss-of-function mutations in DCC lead to severe neurodevelopmental complications that involve the loss of midline commissural tracts and abnormal disorganization of white matter tracts.

Another key pleiotropic gene is RBFOX1 (SNP rs7193263). RBFOX1 is a regulator gene involved in the development of neuronal NMDA-receptors and voltage-gated calcium channels. Genetic knockout models of RBFOX1 in mice lead to impaired neuronal migration and synapse formation in the developing brain, and this SNP also impairs these functions.

Another highly pleiotropic gene involved in ASD, schizophrenia and bipolar disorder is NOX4 (SNP rs117956829). NOX4 is a major source of superoxide production in the developing and adult brain as well as promoting neural stem cell growth.

In summary, mental (psychiatric) disorders such as bipolar disorder, schizophrenia and ASD have strong genetic bases (mutations, polymorphisms and epigenetic changes) that can be directly inherited from an affected parent, or for de novo during development.

Thus, many of these disorders arise due to abnormal neurodevelopment which can either cause disorder from birth (ASD) or strongly predispose individuals to developing psychiatric conditions later in life especially in combination with additional environmental factors such as stress.

Osman is a Postdoctoral Research Associate at the University of Sheffield studying the impact of cardiovascular disease (atherosclerosis) on neurovascular function in vascular dementia and Alzheimer's disease using pre-clinical models and neuroimaging techniques. He is based in the Department of Infection, Immunity & Cardiovascular Disease in the Faculty of Medicine at Sheffield.