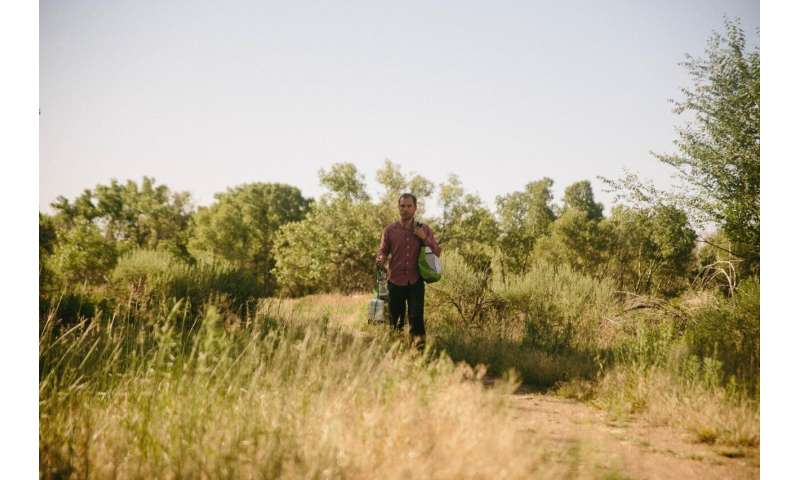 Rift Valley fever virus is a global health concern that is caused by infected mosquitos and the handling of infected animal carcasses.

Every 10 to 15 years, the viral disease has led to outbreaks in Africa. In the late 1990s, it spread across five African countries and infected 90,000 people, killing 500 of them. That’s not even counting the waves of livestock deaths reported by farmers and veterinarians.

What would happen if Rift Valley fever virus ever hit the United States?

With multiple routes of entry into the U.S. and the most likely path of introduction being an infected traveler from overseas, the consequences for humans and livestock would be significant, according to research by a team at Colorado State University.

The researchers investigated mosquito communities near livestock feedlots in Northern Colorado to determine the potential for mosquitoes to transmit the virus. They found that Culex tarsalis mosquitoes, which were abundant in feedlots and at nearby sites, could serve as a vector or means of transmitting Rift Valley fever virus between livestock and humans in Colorado.

The study was published earlier this year in Transboundary and Emerging Diseases.

Rebekah Kading, assistant professor in CSU’s Department of Microbiology, Immunology and Pathology, said that previous research analyzing possible transmission of the virus was conducted only in laboratory settings.

This new CSU research and fieldwork adds ecological context to the lab data, in terms of determining which mosquito species actually feed on humans and livestock. This is important to uncover clues as to how Rift Valley fever virus might circulate in the real world. Combining this information from laboratory and field studies also will help determine which mosquitoes would be a priority to control to prevent a possible outbreak.

Culex tarsalis mosquitoes are the main vector transmitting West Nile virus in Colorado, and they are known to easily transmit other viruses in the lab.

“It’s one of the most medically important species in Colorado and in the United States,” Kading said.

“Lab studies show these mosquitoes have very high transmission rates,” he said. “We’ve now found that this mosquito is in and near feedlots. It will bite a cow and, presumably, it would bite another cow. That’s the complete transmission cycle for a virus.”

Assistant Professor Rebekah Kading has been studying Rift Valley fever virus for a number of years. Nicholas Bergren, a postdoctoral fellow in Kading’s Lab, is looking at vertical transmission, the transfer of a virus from the female mosquito to her offspring. Photo: John Eisele/CSU Photography

The research team studied mosquitoes at four Northern Colorado locations, pairing livestock feedlots and sites without livestock less than 1.5 miles away. Mosquitoes were collected over several months in summer 2016. Researchers subsequently analyzed their blood meals to learn more about their diet.

Kading, who joined the CSU faculty in 2016, first became interested in the virus seven years ago, when she was working at the Centers for Disease Control and Prevention’s Division of Vector-Borne Diseases in Fort Collins.

She has traveled to the Zika forest of Uganda to study the role of bats in disease transmission and conducted research on malaria in Zambia as part of her doctoral dissertation.

Hartman said he and the team are now taking a closer look at the behavior of the mosquitoes, to try to get a better sense of how different species of mosquitoes could contribute to transmitting Rift Valley fever if it was introduced in the U.S.

“We also know that deer are highly susceptible to this virus, so we can look at the magnitude of transmissions,” he said.

Kading said the CSU team will continue to fill in gaps in the data related to this virus.

“With some of the mosquito species from our field study, we learned more about blood meals from deer and cattle,” she said. “But there is little or no vector competence data available for them. Now, in the lab, we want to ‘challenge’ those mosquitoes, to see if they’re capable of transmitting Rift Valley fever virus.”

In addition to this lab research, Kading’s team is looking at vertical transmission, the transfer of a virus from the mother mosquito to her offspring.

Nicholas Bergren, a co-author on the paper and a postdoctoral fellow in Kading’s Lab, explained how the transmission works. “The eggs get infected, so the female passes the virus on to offspring mosquitoes, which then continue to transmit the virus,” he said.