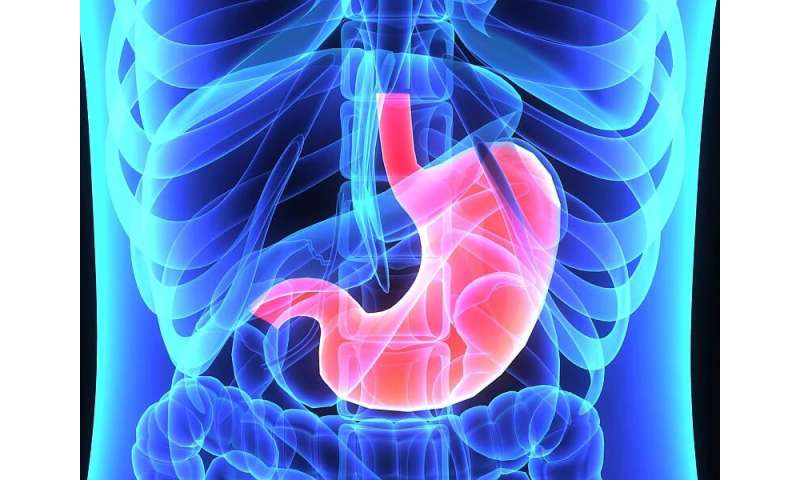 (HealthDay)—Type 2 diabetes mellitus increases the risk for gastric cancer after treatment for Helicobacter pylori infection, according to a study published online July 11 in Diabetes Care.

Ka Shing Cheung, M.B.B.S., M.P.H., from The University of Hong Kong, and colleagues gathered data from 46,460 patients in Hong Kong who were aged 45 years or older and had received clarithromycin-based triple therapy for H. pylori infection, consisting of a proton pump inhibitor prescribed with clarithromycin and either amoxicillin or metronidazole. Patients were followed for a median of 7.1 years, and data were gathered from an electronic health database.

“Type 2 diabetes mellitus was associated with an increased gastric cancer risk in H. pylori-infected patients who had received eradication therapy, especially those with suboptimal glycemic control and who did not use metformin,” the authors write. “Targeted screening should be considered after eradication therapy in high-risk H. pylori-infected patients with diabetes mellitus.”