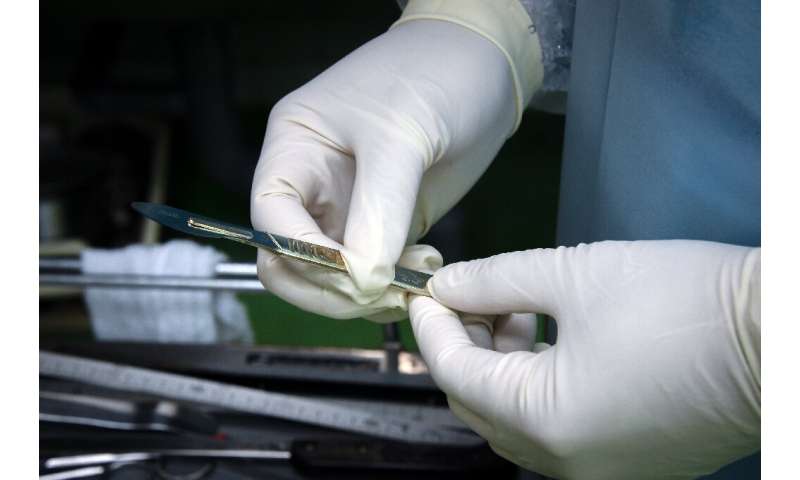 Surgeons in Australia have managed to restore arm function in paralysed patients, allowing them to feed themselves, use tools and handle electronic devices, according to the results of a groundbreaking study released Friday.

Thirteen young adults who had suffered spinal injuries rendering them tetraplegic underwent several operations and intense physiotherapy in the largest ever application of a technique known as nerve transfer surgery.

A team of surgeons succeeded in attaching individual nerves from above the zone of the spinal injury to nerves below the trauma site. The functioning nerves were then used to stimulate paralysed muscles below the injury zone.

Each nerve transfer took around two hours of painstaking reconstruction, and the team conducted 59 overall.

Two years after the procedure most participants in the trial were able to reach out their arms, open and close their palms and manipulate objects.

This involves re-routing muscles that still work but are designed for another function to another site to do the work of paralysed muscles.

“Nerve transfers have been around for a long time but they weren’t really being used for spinal chord injury before,” Natasha van Zyl, a surgeon at Austin Health in Melbourne, told AFP.

Prior to surgery none of the patients were able to score on grasp or pinch strength tests.

Two years after the surgery they scored high enough to perform most daily activities, including brushing their teeth and writing.

“The number one priority of spinal chord injury patients, above walking, above sexual function, is hand function,” said van Zyl, lead author of the study published in The Lancet.

“You give them hand function, they can start to work more effectively, look after themselves independently, drive, live alone.”

The team stressed that theirs was a small sample size and four nerve transfers procedures failed to improve hand or arm function.

Nor did the surgery have any effect on the patients’ trunk control and they remained wheelchair-bound.

But the surgeons said the technique was a “major advance” in efforts to give people some measure of independence and control back after suffering life-changing injury.