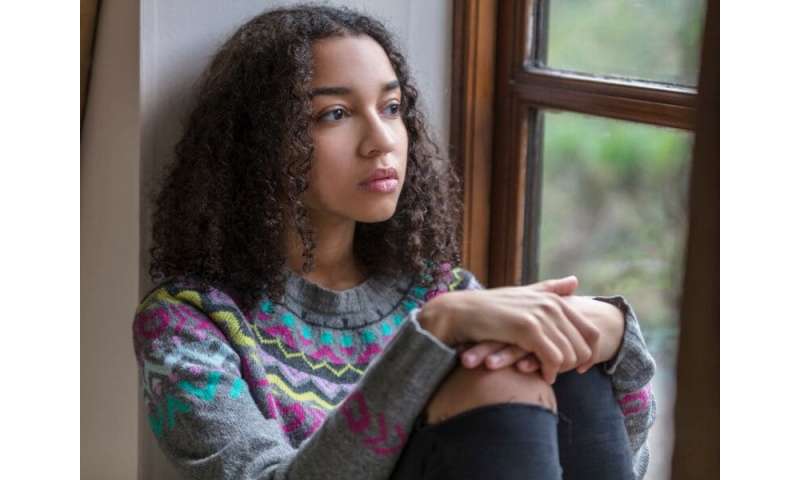 (HealthDay)—Historically, black teenagers in the United States have had lower suicide rates than whites. But a new study finds that more black teens have been attempting suicide in recent years—and experts are not sure why.

Researchers at New York University found that between 1991 and 2017, there was an increase in the number of black teenagers who said they’d attempted suicide in the past year. That was in contrast to other racial and ethnic groups, whose reported rates either decreased or held steady.

The findings, published online Oct. 14 in the journal Pediatrics, add to ever-growing concerns about rising suicide rates in the United States.

But they don’t reveal the reasons for the troubling trend among black teenagers.

For years, black teens have had a relatively lower risk of suicide than their white peers, noted Dr. Benjamin Shain, a child and adolescent psychiatrist at NorthShore University Health System, in Deerfield, Ill.

And that’s despite stressors like higher rates of poverty, racial discrimination and less access to health care, he said.

Shain, who wrote an editorial published with the study, said he could only speculate on explanations for the recent upward trend. But one broad possibility is that factors that have traditionally protected black kids from suicidal behavior may be fading.

Another, he said, is that recent societal shifts are bringing black teens more in line with their white peers when it comes to suicidal behavior.

“Are there different social pressures now? Is social media a factor? Is it the political climate?” Duckworth said. “We’re going to need more research to understand this.”

For the study, Michael Lindsey, executive director of NYU’s McSilver Institute, and colleagues examined the results of a federal health survey that has been conducted every two years since 1991. Each one surveys a nationally representative sample of high school students about various “health-risk behaviors.”

When the researchers looked at patterns over time, they found some positive signs: The percentage of students who said they’d thought about suicide was actually lower in more-recent years than in the 1990s. And self-reported suicide attempts seem to be declining among Hispanic, Asian and American Indian/Alaskan Native teenagers.

It’s only among black teenagers that they are rising. In fact, the study found, the increase may be accelerating among black girls; meanwhile, black boys are increasingly being injured during suicide attempts.

“It is urgent that we get to the bottom of why the rate of suicide attempts among black female adolescents is accelerating,” Lindsey said in a university news release. “We also need to understand why black males are increasingly injured in suicide attempts.”

The findings come amid growing concerns about suicides among Americans of all ages. A study published last month found a 41% increase in the U.S. suicide rate between 1999 and 2016. Rates were higher in rural counties, versus large metropolitan areas.

The pattern seen in the new study is somewhat puzzling, with the number of teens reporting suicidal thoughts actually dipping. There’s no clear explanation, both Shain and Duckworth said.

One possibility, Shain said, is that fewer kids are contemplating suicide, but when they do they are more likely to attempt it with highly lethal means.

That could also be one reason the rate of self-reported injury from a suicide attempt has risen among black boys, according to Lindsey’s team.

Duckworth pointed to a sobering statistic: In the past few years, Americans’ average life expectancy has been declining—owing largely to opioid overdoses and suicides.