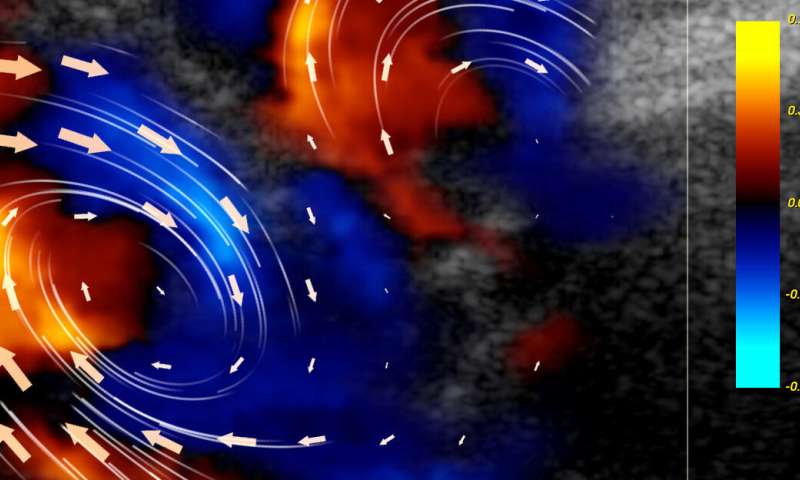 You may not be able to hear them, but they help to diagnose and treat patients every day. In the past 40 years, ultrasound imaging has gone from blurry black-and-white images, to sharp 3-D images in real time. And the technology is still developing. Now, artificial intelligence is being tested for aid in interpreting ultrasound images.

Researcher and professor Lasse Løvstakken starts a video on his computer screen. We’re in the eye of a storm. It looks almost like a hurricane approaching a coastline. Is this New Orleans? No. Although the arrows circulating on the screen look a lot like a weather model, they actually represent the speed at which blood is moving through a human heart.

This is the latest visualization of the way blood circulates around the heart. Imaging systems like this one will provide accurate measurements of detailed circulation patterns, which can help diagnose heart disease.

“We’ve been working on this since 2014, and now we’re testing it on patients,” Løvstakken explains. He’s the leader of the ultrasound group at the Department of Circulation and Medical Imaging at NTNU.

The next step will be to do the same thing for a 3-D model of the heart.

From days to minutes

This way of “looking” into the heart exists thanks to a unique collaboration between doctors and engineers in Trondheim.

Forty years ago, ultrasound looked completely different. Back then, it was barely used for diagnostics. If a patient appeared to have heart issues, it would take days or weeks to get it checked. You had to go to a special lab, and go through long, risky procedures involving X-rays and catheters through your veins.

Today, you can check for the same issue within 30 minutes, without any of the invasive procedures or associated risks.

In addition to medical diagnostics, ultrasound can be used for many other important purposes, such as checking welds in steel tubing, and materials testing in the oil and gas industry.

Will ultrasound ever reach a limit?

Ultrasound has lots of advantages, making it a useful and exciting technology. It gives the ability to “see” into different materials without cutting into them.

Sound waves are sent into the body and reflect back to form images the heart, liver, veins, and more. You can measure the movement of the heart and blood circulation speeds around it. These are things that can’t be measured as accurately with other methods such as CT or MRI scans. Ultrasound is a completely safe method of looking at what’s happening inside the body. 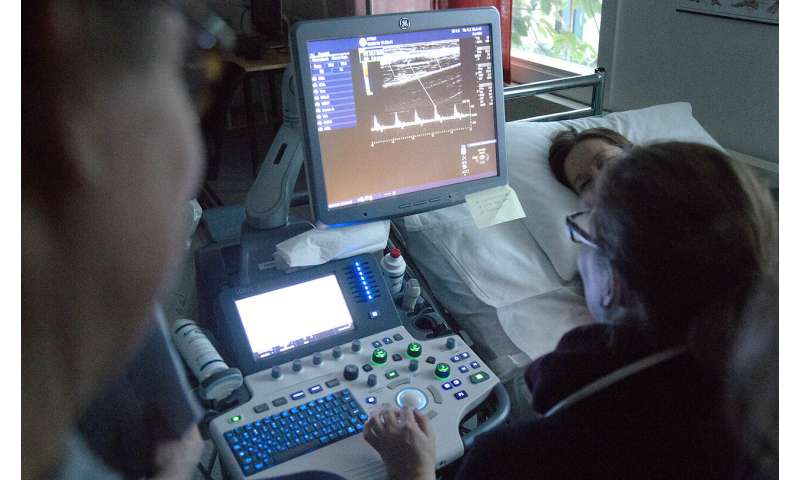 Researchers are constantly developing new ways of using ultrasound to uncover, diagnose and monitor processes in the body.

He is one of the first researchers in Norway to work on ultrasound imaging in medicine. For 40 years, he has been developing solutions for the medical community centered around sound waves. He has worked closely with clinicians, who push him to find new ways to check this, or measure that.

“A lot of our ideas come from talking to doctors. They’re always in need of new tools, and asking us if it is possible to find some easier way to diagnose, interpret and monitor patients with ultrasound. And that tends to get the gears grinding.”

And there hasn’t been many times that Torp has had to give up on an idea, only if the necessary technology hadn’t been developed yet.

Around 200 people work at the Department of Circulation and Medical Imaging, with 60-70 of them within the ultrasound group. They are world leaders within their field of research.

“We’re in a unique position in Norway– really, in the world, with us technologists in offices at the hospital with doctors all around us. The walls are full of history about interdisciplinary work between doctors, clinicians and the industry, and it’s really special.” This is what Lasse Løvstakken thinks.

“That’s the secret behind our advances. We cover a lot of bases, between physics, mathematics, image and signal processing and digital visualization. And we work closely with doctors. It’s really exiting, and we get results quickly.”

Ultrasound 40 years ago was able to produce sound signals that had to be expertly interpreted to diagnose the condition of the patients’ heart. In the early 70s, doctors were able to get blurry images of slices of the heart in black-and-white. In the 80s, color Doppler imaging was introduced, showing which way blood was showing in different parts of the heart. This provided even more insight, with the technology now being able to reveal shrinkage or leakages in different parts of the heart.

And the technology just keeps improving. The industry is almost as much of a driving force for solutions as the researchers are.

“We’re always hoping for better image quality. In the beginning, we just didn’t have enough computing power, and the technology wasn’t particularly advanced. There were a lot of challenges. We knew what we wanted, but just didn’t have the tools to get there yet,” Hans Torp explains. “In the past few years, we’ve had a lot of aid from the video game industry. They’ve pushed improvements in terms of computing power, fast networking, and phenomenal graphics, which has been incredibly useful for us. We couldn’t even imagine these things 30 years ago.” 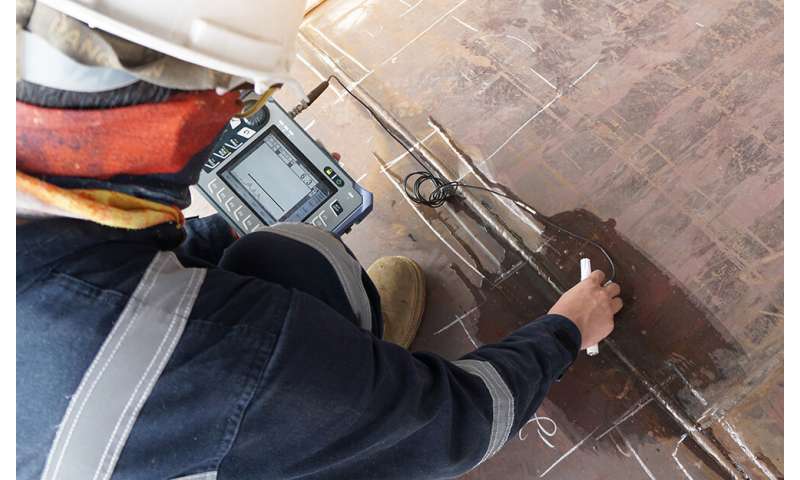 New technology and machines give researchers access to data in new and more flexible ways. This can bring around old ideas to be tested in new ways, or allow data to be played with in new and inventive ways that bring around advances to the technology. Almost always in collaboration with the doctors.

Cardiologist and professor Svend Aakhus can attest to this.

“This is an incredibly useful tool for us,” say Aakhus, who still remembers his first experience with ultrasound as a recently graduated doctor. It was at Hjerteposten in 1987 at Trondheim Regional Hospital, now known as St. Olavs Hospital.

“I was walking through the hallway towards the ward where the examinations were done. I heard a sound I’d never heard before coming out of the door of the dark room. Swoosh, swoosh, swoosh– as it turns out, it was the characteristic Doppler sound. When I started to understand what ultrasound could be used for, I thought it was just fantastic.”

From Pandora’s box to having foresight

The latest technology is a 3-D image of the heart’s valves taken through the esophagus. This is done before heart surgery, and is on a screen during the operation as well.

“With the 3-D images we have today, you get a real time representation of the situation beforehand, rather than having to go into an invasive procedure blind, with a patient that’s a potential Pandora’s box,” Aakhus explains.

The first 3-D images were introduced in the early 90s, with Duke University in the U.S. presenting the first 3-D echocardiography machine. It was the size of four refrigerators and a probe the size of a kilo block of butter.

“It took several days to process the images, and the result looked like porridge,” he said.

“25 years later, ultrasound images are practically like looking at reality itself. It’s been a huge determining factor in our success. It allows us to take a completely different approach, which is fantastic. We knew what we wanted, we just had to wait for the technology and computing power to catch up.”

Extension of the arm

The drastic increase in image quality has made ultrasound diagnostics indispensable for clinical use. So the doctors need to keep up.

Today, ultrasound probes are practically an extension of clinicians’ arms. One of the advantages of ultrasound technology is that the devices can be made small and portable, so that doctors can bring the devices to the patients. This miniaturization means that ultrasound imagers are available everywhere and can be used outside of hospitals.

“We wouldn’t be able to do modern cardiology without ultrasound,” Aakhus points out.

And more and more groups are introducing ultrasound to their toolboxes.

It’s not just cardiology that uses ultrasound. X-ray doctors have used it for years. As have gynecologists and midwifes. Neurology uses ultrasound to image veins and arteries in the neck and brain, and rheumatologists have started using it to look at muscles and joints. Digestion specialists have also been looking into ultrasound uses in their field.

Ultrasound is an important guide for taking biopsies and draining fluids in the pericardium, pleural sac and stomach cavity. With an ultrasound imager, the doctor is able to see their needle and make sure that it goes into the right place. It’s a good tool to have.

Experiments to use artificial intelligence for interpreting ultrasound images are now underway at NTNU.

“We want computer technology that can interpret easily recognizable features in ultrasound images. Machine learning can help make a doctor more effective and precise in their work, and maybe be able to point out if something is wrong,” says Lasse Løvstakken. His department now has a project working on developing a program that can recognize fibrosis in the heart. This isn’t particularly easy to see, and it’s hard to see how much there is. Hopefully, AI will be able to make things easier.

“What’s the next big thing in ultrasound?”

Løvstakken thinks for a second.