Seasonal affective disorder (SAD) is a type of depressive psychological condition which is thought to occur because of several biological factors such as dysregulation of hormones and neurotransmitters.

There is a variety of treatment options available, ranging from drug treatments, therapy and lifestyle changes. In SAD individuals experience recurrent major depressive episodes with a seasonal pattern.

These typically begins in the fall/winter months and end in the spring/summer months. A small proportion of individuals with SAD may not follow the typical pattern, and as such may experience depressive episodes in spring/summer and remit in fall/winter. 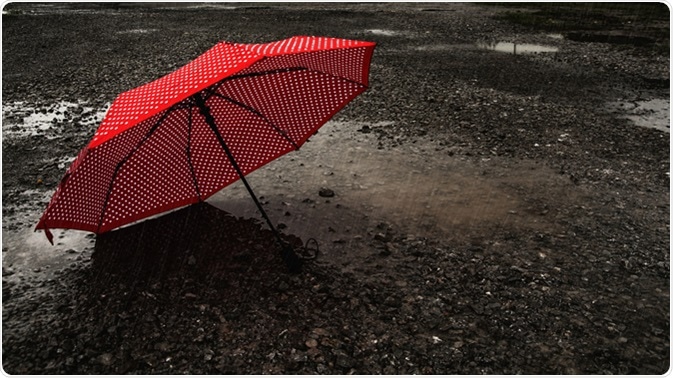 Symptoms and Causes of SAD

Scientists suspect that people with SAD have issues with serotonin regulation. Serotonin is a neurotransmitter which plays a role in balancing mood. In addition to this, melatonin is a hormone that responds to darkness and is involved in producing feelings of sleepiness.

Research has suggested that individuals with SAD may overproduce melatonin. During fall/winter months, as the days become darker, melatonin production subsequently increases. As a consequence, those with SAD often feel sleepy and lethargic. Some other symptoms experienced with SAD are outlined below:

There is a range of different treatment options for SAD. Some of which will need to be prescribed by a medical professional, while others are complementary measures that can be included alongside treatment plans to further improve symptoms.

Drug treatments are widely used to treat many depressive psychological disorders, including SAD. Research has demonstrated that selective serotonin reuptake inhibitors (SSRIs) and serotonin-norepinephrine reuptake inhibitors (SNRIs) can be effective in reducing symptoms of depression. Some researchers believe the effects of SSRIs such as fluoxetine (Prozac) and light therapy to be similar in their ability to relieve symptoms.

Light therapy (called bright light therapy, or phototherapy) is a common treatment method for SAD, and aims to replace the natural light lost during fall/winter months. Typically, patients should be positioned approximately 12-18 inches away from a light box (a source of fluorescent cool-white light source emitting 10 000 lux) for a period ranging from 30 minutes to two hours per day, first thing in the morning. Although they must be awake, the individual should not look directly into the light. Only a minimum of light must enter their pupils. Research has found that this treatment typically improves symptoms after a few weeks. Once discontinued, it is expected that most patients will relapse. For this reason it is suggested that the light box be used until the individual’s usual period of remission in spring or summer. Once remission has occurred, it is recommended that individuals use the light box for fewer periods or just on weekdays, provided this is sufficient to control the symptoms.

The use of light therapy is also thought to be beneficial in relieving symptoms in patients with bipolar disorders, specifically during hypomanic and manic episodes. Most patients experience a few side effects of using light therapy for SAD. Adverse side effects may include headaches, nausea, blurred vision and eye strain. It is also important to note that light therapy cannot be used in conjunction with some photosensitizing medications such as antipsychotics and phenothiazine, as the light from the light box is approximately 20 times greater than typical indoor lighting.

Patients with SAD may be advised to have cognitive behavior therapy (CBT) in order to manage their symptoms. CBT aims to address problems that may seem overwhelming and negative thought patterns by changing the way a person thinks about them. A study investigating the effects of CBT and light therapy found that a combination of both treatments might be the most effective in reducing symptoms. In addition to this, patients who underwent CBT have reported a significant reduction in recurrences of depressive episodes following the winter season, compared to light therapy alone.

Research has found low levels of vitamin D to be associated with the onset of depressive disorders such as SAD. During the winter months, due to the lack of sunlight, less vitamin D is synthesized by the skin. In order to prevent symptoms, the daily consumption of 100 000 IU of vitamin D before the fall/winter months may be prescribed.

As well as CBT, drug and light therapy, people with SAD should make adjustments to their lifestyle such as increasing the amount of light in their home, exercising more frequently and spending more time outside. Some also recommend a diet high in protein, vegetables and unprocessed foods. Stress relaxation is also a major component of therapy.

Seasonal affective disorder is a psychological disorder which can range in severity. Most research suggests a similar level of effectiveness for all treatments, and therefore it is suggested that the choice between potential treatments be guided by the patient’s preferences.