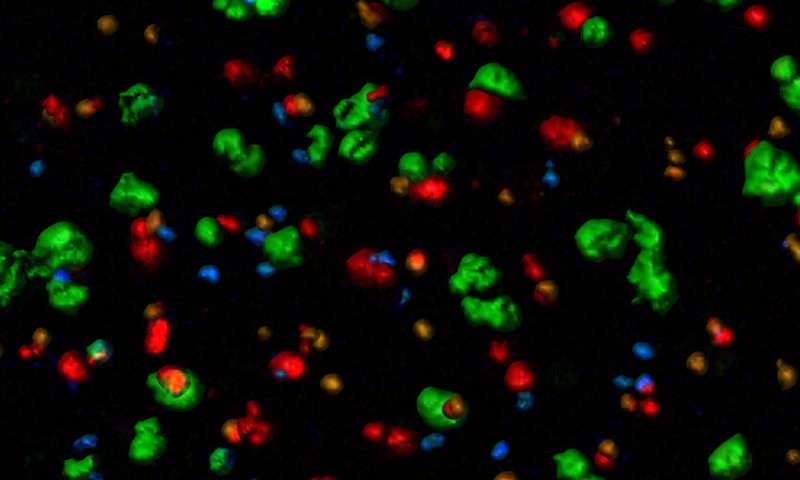 An attractive approach to liver cancer treatment is to bolster the body’s own immune defenses. Now an international team involving A*STAR researchers has genetically engineered human T cells to endow them with both specificity against liver cancer cells in patients with Hepatitis B, and the potential for long-term antitumor efficacy.

Hepatocellular carcinoma (HCC) is a common form of liver cancer, and a leading cause of cancer deaths worldwide. It often arises in people with chronic liver damage associated with hepatitis B virus (HBV) infection.

“An overarching research aim is to develop next-generation immunotherapies for HBV-related HCC and other solid tumors, including secondary metastases,” says project co-leader Andrea Pavesi, at A*STAR’s Institute of Molecular and Cell Biology (IMCB).

Solid tumors are particularly challenging—compared to blood cancers, for example—because they are difficult for immune cells to infiltrate. Nevertheless, two types of immunotherapy show excellent promise. Checkpoint inhibitor therapy typically uses antibodies to block inhibitory molecules that stop T cells attacking tumors. While, in adoptive cell therapy, patient-derived T cells are modified outside the body to increase their potency before being injected back into the patient.

Both checkpoint inhibitor and adoptive cell therapy have revolutionized cancer treatment for some patients. However, T cells with desired specificities are rare and difficult to isolate and manipulate.

“We sought to combine advantages of the two approaches while overcoming limitations,” says Itziar Otano, former IMCB visiting researcher and first author of the paper1.

“The TCR ‘hook’ links with a corresponding HBV-derived hook on the cancer cell,” says Pavesi. “By using genetic engineering, we effectively increase the pool of T cells potentially able to ‘see’ and attack solid tumors.”

A second problem to overcome is the gradual loss of efficacy that occurs when T cells are repetitively stimulated, a phenomenon known as T cell exhaustion. The receptor protein PD-1 is a central mediator of T cell exhaustion and a target of checkpoint inhibitor therapy.

“The restoration of immune control of cancer through PD-1 blockade was first shown in animal studies,” explains Pavesi. “Subsequently, ground-breaking results have been achieved for melanoma patients. In parallel, T cell adoptive therapy is showing great results for both leukemia and melanoma.”

Despite successes, the use of PD-1-blocking antibodies has disadvantages: it requires multiple dosing, and these antibodies also affect non-target cells expressing PD-1, triggering autoimmune disease in some patients.

“We reasoned that an elegant solution would be to genetically knockdown PD-1 just on T cells of the desired specificity,” says Otano.

To achieve this, the researchers used gene editing to knockdown PD-1 expression on T cells that had been engineered to recognize HBV-infected liver tumor cells.

To assess the functional consequences of the dual manipulation for anti-tumor immunity, they used an innovative 3-D microfluidic device. T cells injected into fluid-filled microchannels interacted with gel-immobilized cancer cells in the central region of the device, recapitulating the tumor microenvironment.

“The beauty of our microfluidic device is that it allows us to study cancer cell killing by T cells with minimal experimental noise,” explains Pavesi. “More generally, the use of microfluidic devices to test possible treatments under conditions mimicking those of target tissues could reduce clinical trial failures.”