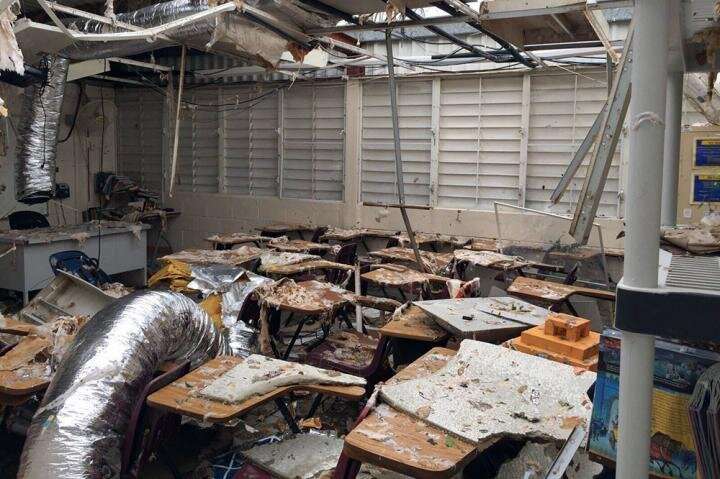 Psychologists from the Medical University of South Carolina have just published one of the largest post-disaster screening projects in U.S. history. The report, available online through JAMA Network Open, measured the magnitude of Hurricane Maria’s impact on the mental health of children in Puerto Rico.

Rosaura Orengo-Aguayo, an assistant professor at MUSC in the Department of Psychiatry and Behavioral Sciences, grew up in Puerto Rico and led the study. “More than seven percent of youth, 6,900 of the children surveyed by the Puerto Rico Department of Education, reported clinically significant symptoms of PTSD,” she said.

Post-traumatic stress disorder can develop after a traumatic event, such as a natural disaster, affecting their ability to cope with everyday life. PTSD can cause nightmares, flashbacks, the feeling of being always on guard, trouble sleeping and an inability to remember parts of the traumatic event.

Other key findings of the survey, in which more than 96,000 third through 12th graders took part:

Orengo-Aguayo said the survey also found that more than 6,000 children reported a family member, friend or neighbor may have died as a result of the storm. “What students reported aligns with an article in the New England Journal of Medicine on mortality rates after Hurricane Maria.” That article, by researchers at the Harvard T.H Chan School of Public Health, estimated there were about 4,600 deaths related to the storm. The government of Puerto Rico puts the death toll at about 3,000 people. 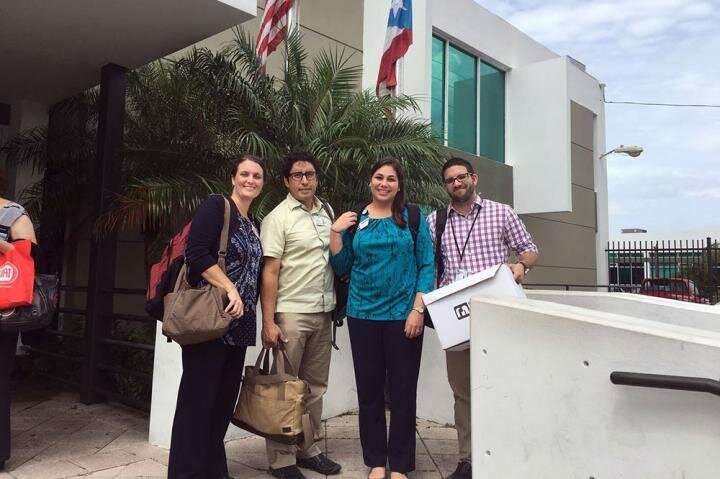 While more than 7% of the children surveyed had PTSD symptoms, that’s actually lower than anticipated. Regan Stewart, an assistant professor in MUSC’s Department of Psychiatry and Behavioral Sciences, is part of the research team. “I expected it to be higher, based on other studies that have been done in the mainland U.S. in which rates are somewhere between 13 and 30%.”

Why would the PTSD rate be lower among the children surveyed in Puerto Rico than their mainland counterparts surveyed after other disasters? Stewart said one potential protective factor may be a concept called “familismo” in Spanish. “It’s the importance of family and community. Puerto Ricans place a high value on these social connections. We know from the literature that social support may be a protective factor after a traumatic event.”

The PTSD rate might also have to do with the timing of when the Puerto Rico Department of Education conducted the survey, she said. “Most surveys have been done at the six to 12-month mark, given all it takes to get this funded and done. In this case, the department administered the surveys at five to nine months, which is sooner. Many of the students were still dealing with losses of basic necessities-food, electricity. Their focus could still be on getting these basic needs met and mental health difficulties may have developed later at the six to 12-month mark, which was not captured in this survey.”

Orengo-Aguayo, Stewart and another bilingual MUSC mental health expert, Michael de Arellano, have been part of the effort to help schoolchildren in the aftermath of Maria almost from the beginning.

Soon after the storm, a friend in Puerto Rico told Orengo-Aguayo that the education secretary was looking for people who could come up with a comprehensive plan to help teachers and students deal with Maria’s aftermath. Schools were closed, utilities were out and loved ones were leaving.

Orengo-Aguayo and her colleagues at MUSC, along with a psychology intern from Puerto Rico, sprang into action. They realized they could use a grant they already had from the Substance Abuse and Mental Health Services Administration and the National Child Traumatic Stress Network to fund the work in Puerto Rico.

They’ve worked with the Puerto Rico Department of Education to train teachers in how to take care of their own mental health while also caring for the kids who weathered the storm.

Since their first visit in October of 2017, the MUSC psychologists have been back multiple times to continue their work. They emphasize the importance of asking what people need instead of telling Puerto Ricans what to do. They’ve also worked closely with Joy Lynn Suarez-Kindy, a clinical psychologist who lives there, to strategize and analyze what is needed.

Orengo-Aguayo said the survey shows a few things in addition to data. One, more funding is needed to pay for mental health services in Puerto Rico. Two, the island needs better ways to reach people in rural areas that don’t have mental health providers around. Telehealth, which uses technology to connect patients with experts, is one possibility being explored. Three, all storm-prone areas should try to assess what mental health resources they have before a future disaster occurs, not after.