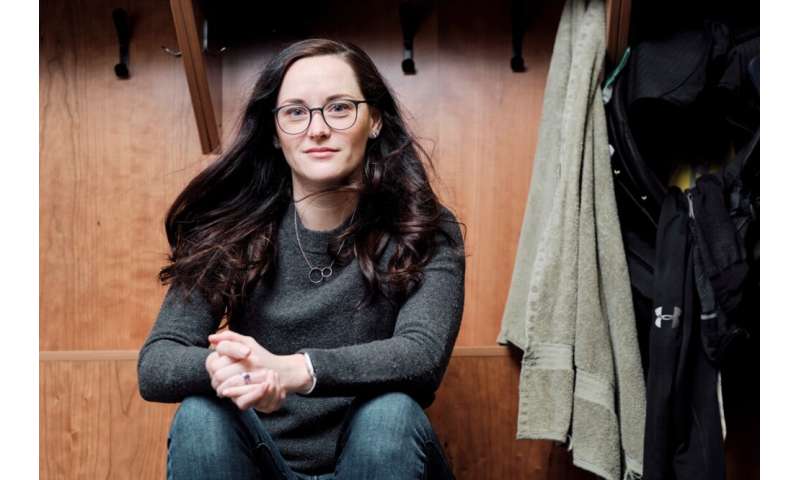 Giving oneself a pep talk may be key to improving female athletes’ sporting performance and mental health, new University of Saskatchewan research shows.

Her research has shown that women who reported being self-compassionate could reframe sporting failures as learning experiences rather than defeats, and be more confident facing difficult situations.

Self-compassion is a Buddhist belief about being kind to and supporting oneself emotionally when facing challenges. Leah Ferguson, Adam’s supervisor, has been among the first to research self-compassion in sport since the early 2010s.

“More female athletes now understand that taking care of their mental well-being as part of their sport life is important,” said Ferguson.

Some athletes reported it was easier to talk to coaches about injuries that would force them to miss competitions or training. Others used self-compassion to positively reframe teammates’ and coaches’ criticism of their performance.

“They thought that self-compassion could help them become better athletes, without being unnecessarily hard on themselves,” said Adam.

Her study, funded by the federal agency SSHRC and published in Sport, Exercise and Performance Psychology, involved more than 80 Saskatchewan women and is part of a larger research project that included almost 300 athletes who compete across Canada.

The athletes who showed more self-compassion also had a more positive relationship with their body image and with food, as well as higher levels of well-being.

“Our society puts a lot of pressure on women about their looks, and often what society expects and what sports require in terms of physical appearance is very different, so self-compassion helped the athletes accept their body image and have better eating habits,” said Adam.

The women in this study played sports such as hockey, volleyball, soccer and basketball, as well as swimming, gymnastics and fencing.

“We received wonderful support from Huskie Athletics and Sask Sport Inc. which helped us reach female athletes to include in the study, and these groups follow our research with great interest,” said Ferguson. “They want our help to understand ways to one day include the teaching of effective self-compassion practices as part of sport training, and to help raise awareness about this among athletes.”