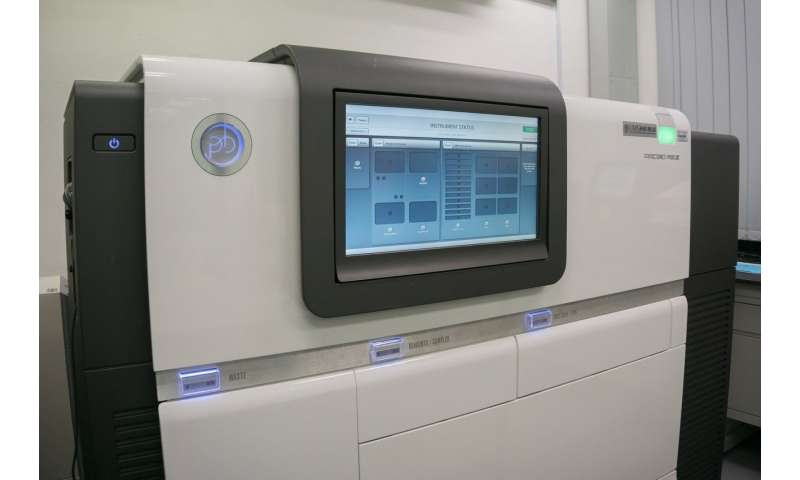 Nearly one in four oncologists discussing genomic testing with their patients rarely or never discusses the costs of testing, according to a new study led by American Cancer Society investigators. The study, appearing in JNCI: The Journal of the National Cancer Institute, finds oncologists trained in genomic testing or working in practices with electronic medical record (EMR) alerts for genomic tests were more likely to have cost discussions.

Use of genomic testing is increasing in the United States. Depending on the diagnosis, genomic tests on cancer cells can sometimes help determine whether certain types of treatment might be useful while others may not. Testing can be expensive and not all tests and related treatments are covered by health insurance. With the costs of cancer care rising in the United States, and high patient out-of-pocket costs for cancer treatment an increasing concern, the study set out to find how often discussions about expected costs of genomic testing and related treatments were happening. Those discussions may inform treatment decision making and help cancer patients prepare for high expenses. Little is known about how often oncologists discuss costs of testing and treatment, or about the physician and practice factors associated with those discussions.

In adjusted analyses, oncologists with training in genomic testing or working in practices with electronic medical record (EMR) alerts for genomic tests were more about twice as likely to have cost discussions sometimes or often (OR=2.1 and OR=2.2, respectively) compared to rarely/never. Other factors associated with more frequent cost discussions were treating solid tumors (rather than only hematological cancers), using next-generation sequencing gene panel tests, having higher patient volume, and working in practices with higher percentages of patients insured by Medicaid, or self-paid or uninsured (all p<0.05).