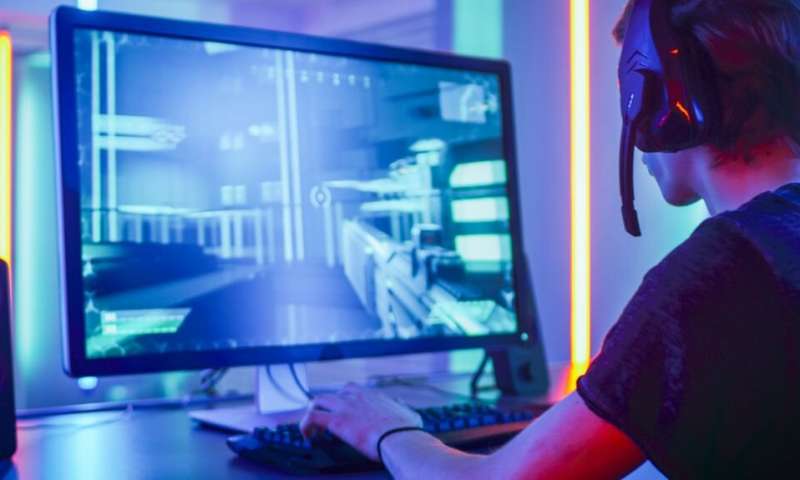 Research by Oxford University, carried out in partnership with Cardiff University, and published today in Clinical Psychological Science, has found little evidence to suggest an unhealthy passion for gaming amongst adolescents, often referred to as “gaming addiction,” requires clinical intervention by medical professionals.

Based on data from over 1,000 adolescents and their caregivers, the study suggests those engaged in dysfunctional gaming are likely to have underlying frustrations and wider psychosocial functioning issues outside of games. These issues are likely to lead them to seek contentment by gaming, rather than being negatively impacted by gaming itself.

Professor Andrew Przybylski, Director of Research at the Oxford Internet Institute and co-author of the study, said: “The World Health Organisation and the American Psychiatric Association have called on researchers to investigate the clinical relevance of dysregulated video-gaming among adolescents, as previous studies have failed to examine the wider context of what is going on in these young peoples’ lives. This is something we seek to address with our new study. For the first time we apply motivational theory and open science principles to investigate if psychological need satisfactions and frustrations in adolescents’ daily lives are linked to dysregulated—or obsessive—gaming engagement.

“Our findings provided no evidence suggesting an unhealthy relationship with gaming accounts for substantial emotional, peer and behavioral problems. Instead, variations in gaming experience are much more likely to be linked to whether adolescents’ basic psychological needs for competence, autonomy, and social belonging are being met and if they are already experiencing wider functioning issues. In light of our findings we do not believe sufficient evidence exists to warrant thinking about gaming as a clinical disorder in its own right.”

The study tested hypotheses considering the extent to which adolescents exhibiting dysregulated gaming reliably links to whether their basic psychological needs were being met. Adolescents completed questionnaires about their gaming behavior, including providing details of how long they spent playing video games, with whom they played and if they used the internet to play games. In addition their caregivers rated their child’s emotional and social health.

Dr. Netta Weinstein, Senior Lecturer, School of Psychology, University of Cardiff and co-author of the report, said: “We urge healthcare professionals to look more closely at the underlying factors such as psychological satisfactions and everyday frustrations to understand why a minority of players feel like they must engage in gaming in an obsessive way.”

Professor Przybylski added: “Whilst the growing popularity of gaming has incited concerns from health care and mental health professions, our research provides no compelling evidence that games, on their own, are to blame for problems facing players. We need better data and the cooperation of video gaming companies if we are to get to the bottom of all this.”