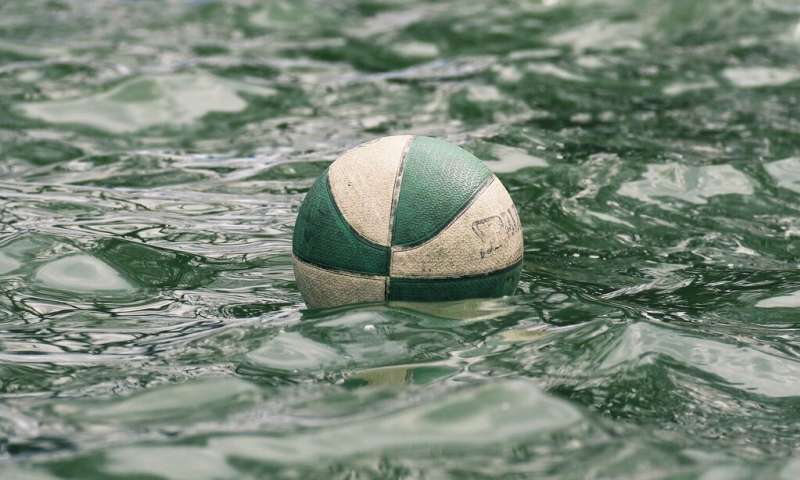 Water polo athletes take note: A new study by University of California, Irvine researchers maps out the frequency of head injuries in the sport and reveals which positions are the most vulnerable.

“For years, water polo’s head trauma risks have been downplayed or overshadowed by football-related brain injuries,” said study co-author James Hicks, professor and chair of UCI’s Department of Ecology & Evolutionary Biology. “Our data quantifies the extent of the problem and sets the stage for additional research and possible rule changes or protective gear to improve water polo safety.”

During the study, players wore caps embedded with electronic sensors. Over time, every participant got bopped in the head by balls or rival players, but some fared worse -occasionally far worse—than others.

Offensive players were more likely to get battered than defensive and transition positions (60 percent versus 23 percent and 17 percent, respectively). And swimmers attacking from the left side of the goal suffered more head hits than players on the right, possibly because right-handed athletes commonly throw shots from the left zone, so there’s more activity in that area, researchers theorized.

The most unsafe position, according to the study, was offensive center. On average, those players endured nearly seven blows to the skull per game, which amounted to 37 percent of all head impacts recorded by UCI scientists. In contrast, the second-most vulnerable position, defensive center, averaged two head strikes a game, the study found.

Overall, researchers counted an average of 18 head hits per game. Although no concussions were diagnosed, the force of the blows was “similar to those observed in collegiate soccer, another sport that is commonly studied for the risks associated with repeated head impact exposure,” Hicks said.

Next up, UCI researchers are preparing a manuscript that details how water polo head shots affect brain function.

Hicks got interested in the subject while watching his three sons play the sport. “People who’ve never seen a game may not realize how physical it is,” he said. “Head-butts and elbows. Balls flying up to 50 mph. I’ve witnessed players get dragged out of the pool in a daze after a blow to the head, and I’ve sat in an emergency room while my kid received stitches from being struck in the face. I began to wonder what the concussion rate was.”