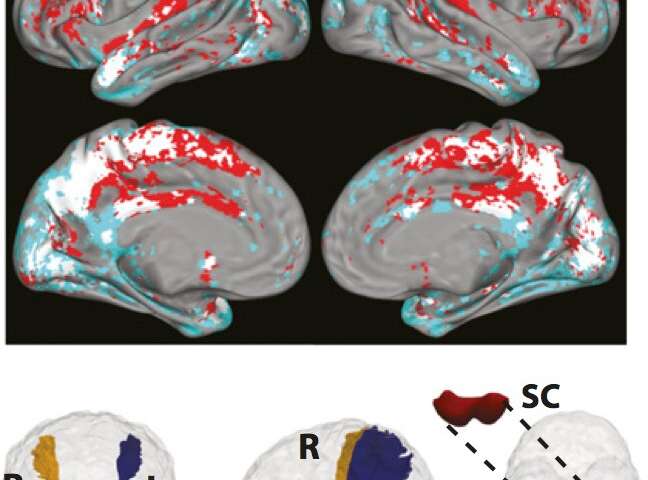 Researchers at the Indian Institute of Science (IISc) have identified how a key midbrain region plays a vital role in attention in humans, using advanced imaging and modelling techniques.

The human brain is constantly bombarded with information. It is through attention that it makes decisions efficiently: it processes relevant information and tunes out distractions. Understanding how attention works in the brain and how it controls behaviour can help scientists understand disorders such as Attention-Deficit Hyperactivity Disorder (ADHD), according to Devarajan Sridharan, Assistant Professor at IISc’s Centre for Neuroscience and his Ph.D. student Varsha Sreenivasan, who recently published their findings in the Proceedings of the National Academy of Sciences.

Attention is widely associated with the outermost layer of the brain tissue called the cerebral cortex, which is also linked to awareness, thoughts, memory, language, and consciousness. It is only recently that scientists began linking a midbrain region called the superior colliculus (SC) with attention.

“SC is an evolutionarily conserved midbrain structure that can be found in all vertebrates, including fish, lizards, birds and mammals. It is usually studied for its role in controlling eye movements,” explains Sreenivasan.

To demonstrate its role in attention, scientists had in recent years studied behaviour in monkeys during attention-demanding tasks. They observed that the monkeys were attentive when the SC was stimulated and distracted when this part of the brain was silenced.

But scientists were not sure how exactly SC promotes attention in humans: Was it focusing on the target visual stimulus over several others for decisions (increased choice bias) or was it enhancing the visual clarity of the target stimulus (increased visual sensitivity)? Bias- or sensitivity-mediated attention plays out in situations that require rapid and selective decision making, for instance, at a traffic signal.

Consider this example: you are driving on a foggy morning and you stop at a signal. The signal appears green, but you are unsure. As you are in a hurry, your brain decides that it is green and you drive away. In this case, your choice bias towards the green signal is guiding your decision. In an alternate scenario, you see that the fog is lifting gently. You detect a flicker of the green light and you drive away. Here, your visual sensitivity towards the green signal increases, which then helps your decision-making process. While a few recent studies have made the case for SC’s role in controlling choice bias, others have leaned towards visual sensitivity.

To address this debate, in the current study, Sreenivasan and Sridharan conducted two sets of experiments in human participants, using non-invasive techniques. In one, they conducted a behaviour test on 22 participants, where they tracked changes in bias and sensitivity during attention-demanding tasks. In the second experiment, they studied the anatomy of SC in 82 participants, including the 22 tested earlier. Using an imaging technique called diffusion Magnetic Resonance Imaging (dMRI), and a 3-D modelling technique called tractography, they tracked white matter fibres in the brain connecting the SC with other regions, including the cortex.

When they compared the results of the two experiments, they found that SC strongly connects with a part of the cerebral cortex called the parietal cortex, which has previously been associated with attention. They also show that the strength of SC-cortex connectivity can predict individuals’ bias, but not sensitivity.

“We also show that choice bias is stronger, on average, towards the right side of our visual field. Interestingly, SC connections in the cortex also mirror this asymmetry for bias, which further underscores the relationship between SC and bias,” explains Sridharan.